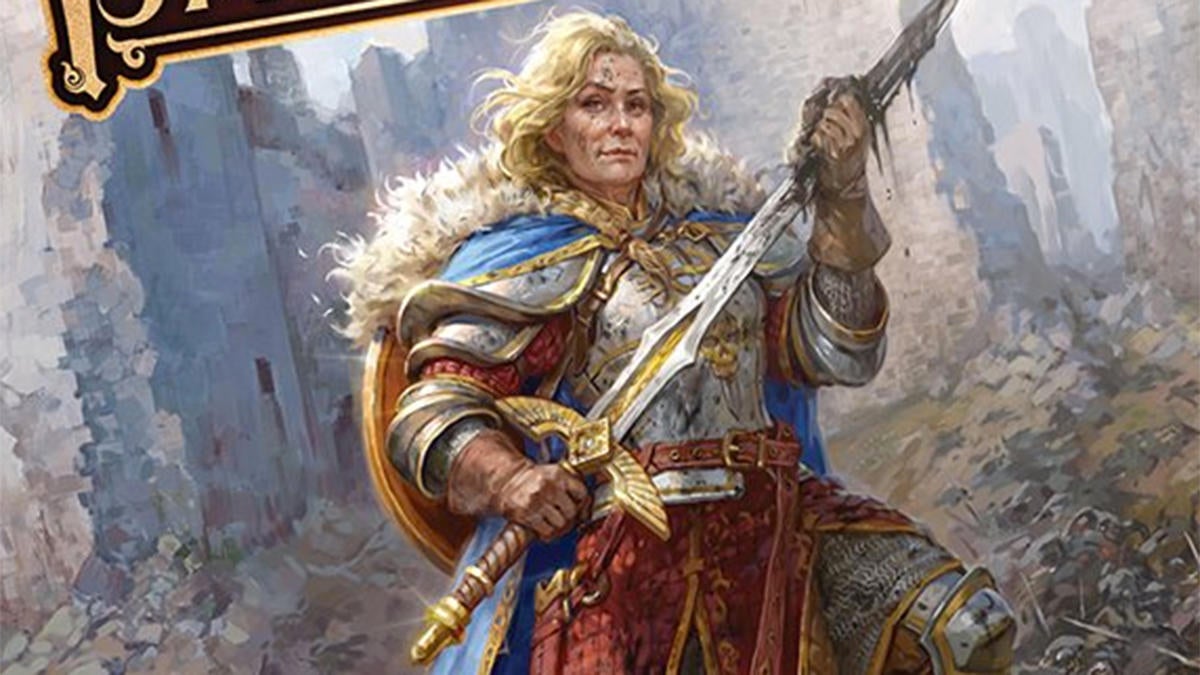 Lastwall is one of several unique countries found in Golorian, the central campaign setting of Pathfinder. The country was founded as a crusader nation dedicated to keeping the infamous Whispering Tyrant (a powerful lich-king) imprisoned in a prison located north of the country and to serve as a buffer between the Hold of Belkzen, an area known for its violent orc invasions, and several countries to the south. Lastwall was a popular part of Pathfinder lore during the game’s first edition, but it’s technically no longer exists. The Whispering Tyrant freed himself from his prison when the game switched over to Second Edition and destroyed the entire country, transforming it into the undead-blighted Gravelands.

As noted in the description for the book, Lastwall’s fall did not stop its various knights from trying to fulfill its oaths. The Knights of Lastwall still exist, albeit with no country to call home.

The Last Omens series of books help flesh out the world of Pathfinder 2E are usually lore-heavy tomes designed to help inspire GMs and players. Recently released Lost Omens books include The Mwangi Expanse, which explores a vast and diverse tropical region and serves as the location for the recently-started adventure path Strength of Thousands. Future Lost Omens books will explore Absalom, City of Lost Omens and home of the dead god Aroden, as well a book detailing various mythical monsters found throughout Golorian.

Paizo also recently released its Secrets of Magic sourcebook, which added two new classes and hundreds of magic spells to the game, and will release its Guns & Gears rulebook later this year.