New Sensor Tells You How Well Your Mask Is Working 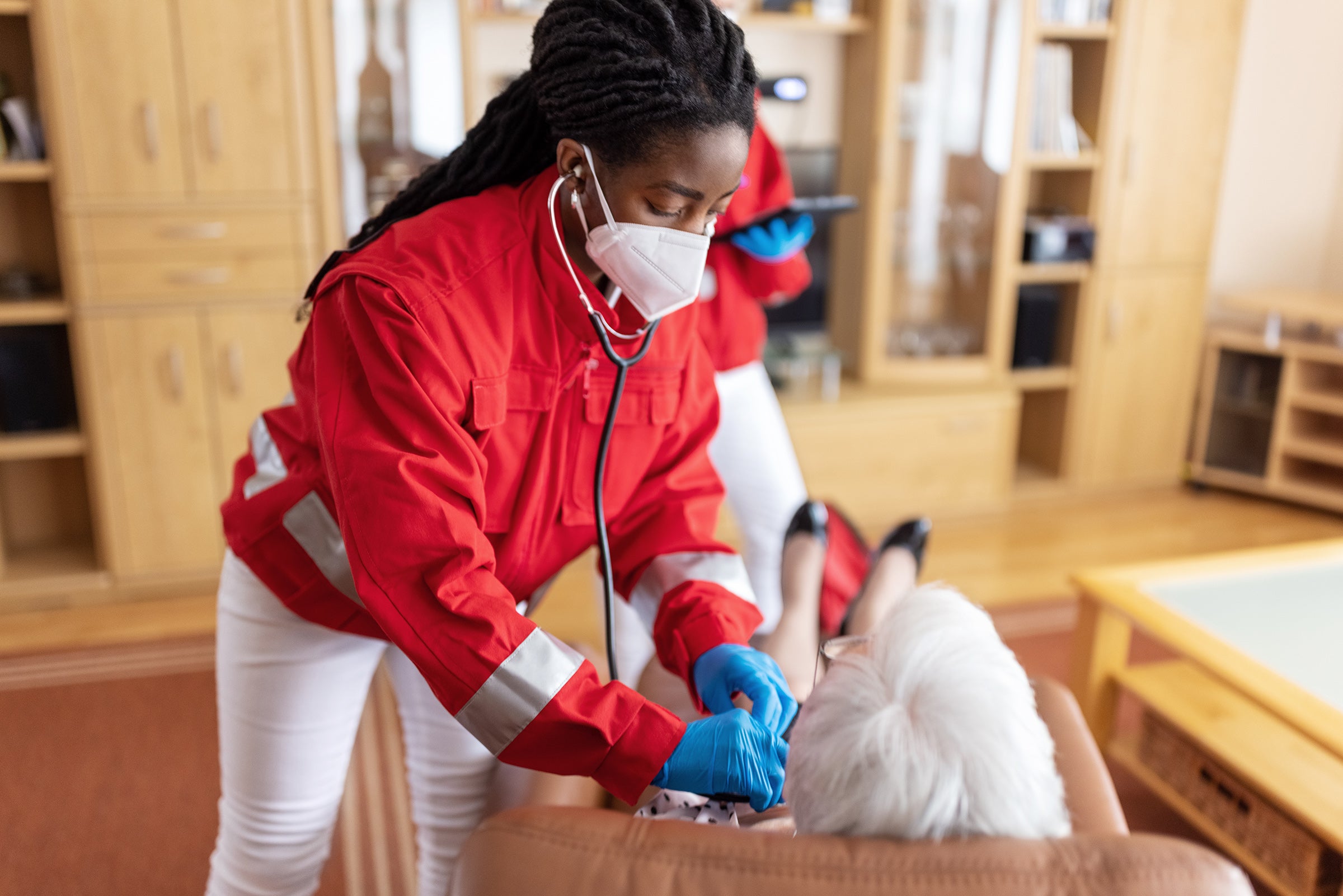 Researchers have developed a lightweight, reusable sensor that clips onto a mask to monitor how well it’s working. The device, called FaceBit, senses leaks and records wear time while continuously measuring a wearer’s heart and breathing rate. Its developers hope it will aid research and help health care workers and others who wear face coverings throughout the day to battle the transmission of diseases such as COVID.

Every time mask wearers cough, scratch or make certain facial expressions, their face covering shifts—and a busy worker may not have time to recheck mask fit each time one of these movements occurs. This can cause anxiety, says FaceBit’s co-developer Josiah Hester, a computer engineer at Northwestern University’s McCormick School of Engineering. Amid the COVID pandemic, his colleagues who work in clinical settings have been communicating their concerns to him, saying, “‘Help me understand things and give me something that can watch me because I don’t have the time to take care of myself as I’m going about my clinical duties, taking care of this influx of COVID patients.’ And that’s where it started,” Hester explains. He decided to develop a device that could not only warn wearers when their mask leaks but also record their vital signs throughout the day, giving users a tool for assessing (and perhaps reducing) their own stress levels.

Rather than developing an entire “smart mask,” which might be impractical to reuse, Hester’s team created an electronic device, a little larger than a quarter, that attaches to a face covering with a magnetic clip and contains several sensors. A pressure sensor detects leaks, indicating how well a mask is fitting. Pressure changes also let the FaceBit determine when the mask is over someone’s face, so it can record wear time and can enter “sleep” mode when idle. The FaceBit additionally monitors heart rate with a sensitive accelerometer that records minuscule facial skin movements caused by each pulse beat. It also measures breathing rate with a temperature sensor. A Bluetooth connection transmits these data to a companion phone app. The device is powered by a battery, which is supplementally charged with energy harvested from the mask’s motions as its wearer moves and breathes. This lets it function for at least 11 days at a time.

The developers describe FaceBit in a paper published late last month in Proceedings of the ACM on Interactive, Mobile, Wearable and Ubiquitous Technologies. They claim the device can transform a variety of mask types (including N95 respirators, as well as surgical masks and cloth coverings) into smart masks. The team acknowledges, however, that the fit detection feature only works properly with coverings that sit flush against the face, such as N95s. Although surgical masks and cloth coverings can be used with the FaceBit’s wear-time-monitoring feature and its tracking of breathing and heart rate, these coverings allow too much outside air in around the edges for the device’s fit-detection aspect to work.

But a fit monitor could be very useful for health care workers wearing a respirator all day during the current pandemic, says Lisa Brosseau, a research consultant at the University of Minnesota’s Center for Infectious Disease Research and Policy, who was not involved in the FaceBit project. “We would all like to have this for every respirator—not just in health care—that would tell you continuously if you are achieving a good fit, or it would warn you if you were not,” she says. But Brosseau is not convinced that FaceBit can consistently measure fit. “It has some promise, perhaps, from that perspective, but they have not tested it or validated it in a way that I would accept,” she adds.

Brosseau says she would be more excited if the FaceBit team had directly compared its pressure-sensor method of leak detection with the gold-standard tests for measuring respirator fit. “We have some very well-established, well-tested methods—quantitative and qualitative—that evaluate people’s fit when we assign a respirator to them,” she says. A quantitative test might measure the concentration of particles on the inside of the mask and compare it with the concentration in the ambient air. A qualitative test would spray the outside air with a distinctive-smelling aerosol such as banana oil or a strongly bitter- or sweet-tasting substance and see if the wearer could smell or taste it through their respirator.

Of course, such tests require resources and time that many people outside the health care space do not have. A monitor, even one that checked fit just once a day, could supplement the gold-standard tests, suggests Adam Finkel, an environmental health scientist at the University of Michigan School of Public Health, who was not involved with the FaceBit project. “You had a good fit yesterday, but something’s different today,” he offers as an example. “And you tinker with [your respirator] for a few minutes, and you try it again.” But like Brosseau, Finkel thinks that the FaceBit team would need to compare its pressure-sensing method of assessing fit with the existing tests.

Hester plans to continue testing and improving the project. “It’s going to be online, open-source hardware,” he says. His team will assemble some FaceBits “and distribute them and let people use them, experiment and play with them.” Other researchers will also be able to tweak the design, perhaps to improve the energy-harvesting components and extend the battery life, to study health care workers’ fatigue throughout the day or to use the respiration monitor to learn about mask wearers’ health. They could even add new sensors that would open up more uses for such a device.

Brosseau suggests one example of the latter: people entering a space that contained a contaminant could enhance their respirator with a hypothetical FaceBit that included a sensor for detecting the concentration of the environmental hazard. This could reveal whether the wearer’s breathing and heart rate changed in the presence of the contaminant, thus providing an early-warning system and teaching researchers about how the substance affects human health. “I don’t pan this entirely,” Brosseau says. “I think these sensors have lots and lots of applications.”