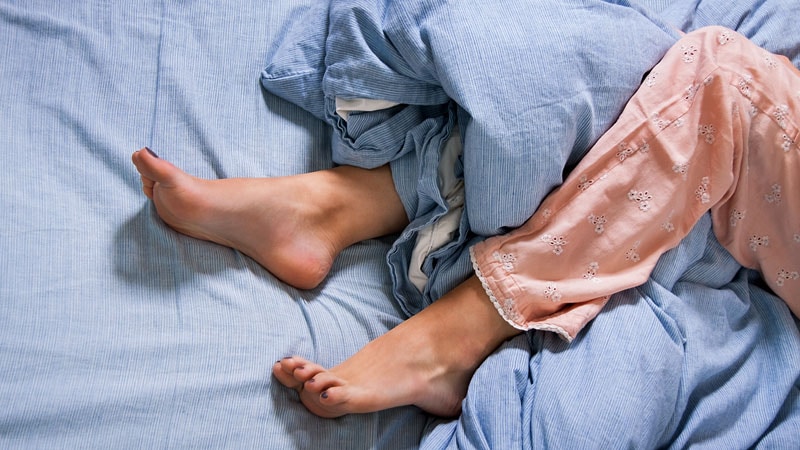 After 2 weeks of treatment, scores on the International Restless Legs Rating Scale (IRLS) decreased by 13 points for patients who received dipyridamole, compared with 5 points among those who received placebo.

“Dipyridamole, a drug that acts exclusively upon adenosinergic pathways, with no known direct dopaminergic or glutamatergic effects, is therapeutically effective and implicates adenosinergic pathways in the pathophysiology of the disorder,” Diego García-Borreguero, MD, PhD, director of the Sleep Research Institute, Madrid, Spain, told Medscape Medical News.

“It seems particularly relevant to restate that these were treatment-naive patients, since it is well possible that patients who have been exposed to long-term treatment with dopamine agonists or who suffer from augmentation do not respond that well,” he added.

The findings were published online June 17 in Movement Disorders.

Dopamine agonists such as pramipexole are effective for the short-term treatment of RLS. However, if these drugs are administered for a longer period, symptom severity may increase.

Once this occurs, symptoms no longer respond well to other similar medications, suggesting the need for drugs with different mechanisms of action. Previous research shows that after a treatment period of 10 years, almost 50% of patients experience severe symptoms.

The investigators conducted the current trial to evaluate the efficacy of dipyridamole in RLS. Eligible patients met the 2014 International Restless Legs Syndrome Study Group criteria for idiopathic RLS. Their IRLS score was>20 at baseline, and they experienced symptoms at least three times per week. No patients had received dipyridamole previously.

The investigators randomly assigned patients in equal groups to one of two study arms. Each study arm received treatment for two consecutive 2-week periods. One group received dipyridamole first, then placebo. The other group received the treatments in the reverse order.

A 1-week washout period preceded each treatment period. During a titration stage, participants received 100 mg/d for 3 days; the dosage was then increased to 200 mg/d.

Of 29 patients who were screened, 28 were included in the study. The mean age of the participants was 60 years. Approximately 65% of participants were women, and 100% were White. There were no significant differences in IRLS and CGI scores between the groups at baseline.

Sleep adequacy and sleep quantity, as measured by MOS, improved for patients who received dipyridamole, compared with those given placebo (P <.001 for both however there was no difference in daytime sleepiness between groups.>

Although the study’s primary endpoints were subjective, the secondary endpoints (sleep study and immobilization test results) were objective. The results indicated dipyridamole’s therapeutic efficacy across all the endpoints, said García-Borreguero.

Brain iron deficiency, which is considered a major pathophysiologic mechanism in the development of RLS, leads to a downregulation of A1 receptors. Although A1 agonists would seem to be appropriate for treating RLS, this class of drugs is particularly cardiotoxic.

“We currently are looking for more potent ENT inhibitors and also for drugs that pass the blood-brain barrier more effectively than dipyridamole,” said García-Borreguero.

Although treatment options are better than they were 25 years ago, they remain imperfect, he said, citing the risk for augmentation associated with dopamine agonists.

“The data from this study are very impressive,” said Winkelman. The researchers used the standard endpoints that the US Food and Drug Administration uses to evaluate drugs for RLS. In addition, the investigators used PSG and the m-SIT, which “has good ecological validity,” said Winkelman.

The study’s weaknesses include its small sample size and short duration. Other important limitations include the fact that participants did not have symptom augmentation and had not been exposed to dopamine agents, said Winkelman.

“It doesn’t cover all of the patients that we see in clinical practice, and it doesn’t cover the most challenging ones,” he added. Nevertheless, the study provides a strong proof of concept.

In addition, the trial “has immediate clinical implications,” Winkelman said. For patients without augmentation who have not responded to or cannot tolerate existing therapies and for whom iron therapy is not appropriate, neurologists might consider dipyridamole before offering opioids, he added.

“It’s exciting to have something new, given the position we’re in,” Winkelman concluded.

The study was conducted without outside funding. García-Borreguero and Winkelman have disclosed no relevant financial relationships.