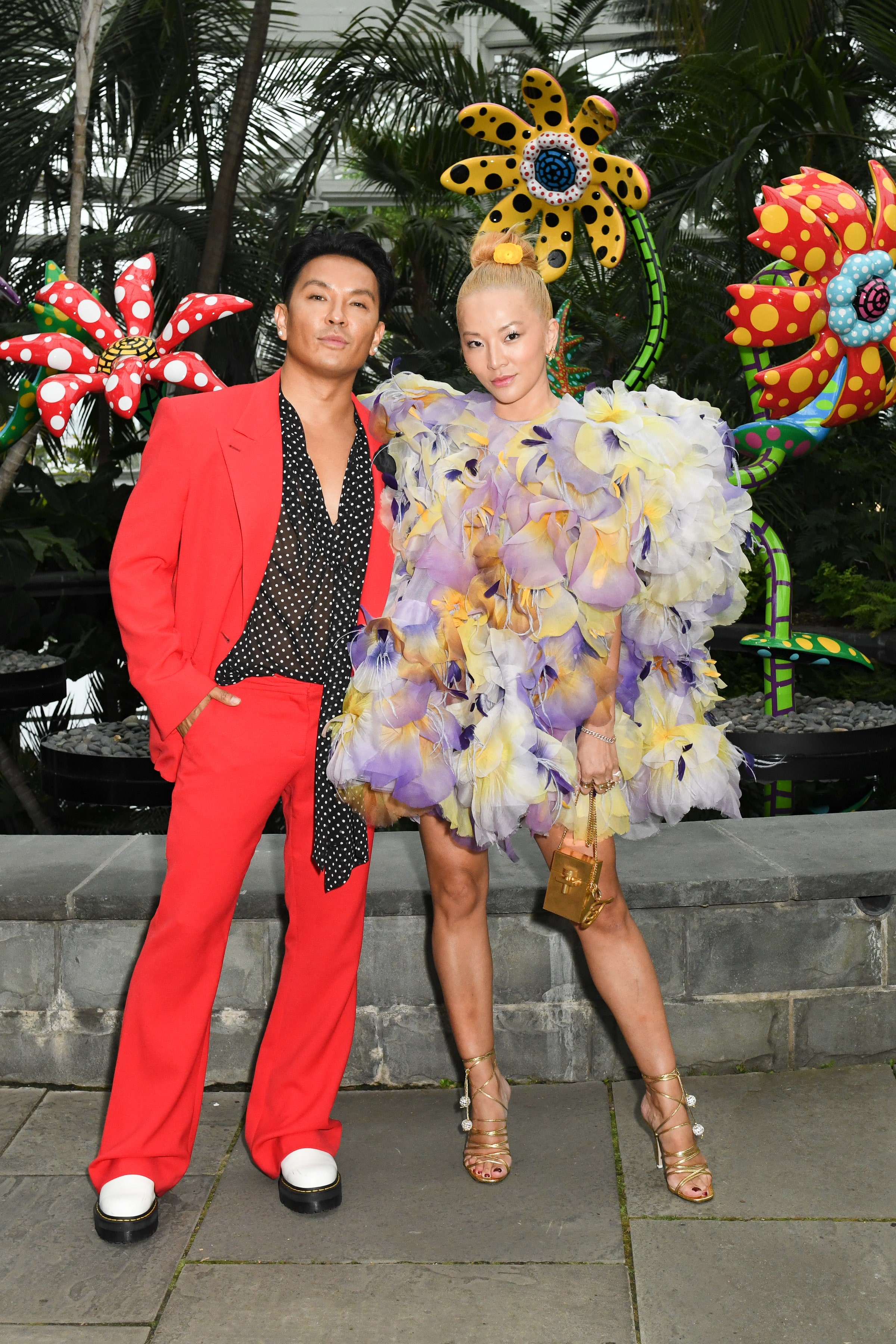 Last April when The New York Botanical Garden opened its long-awaited exhibition Kusama: Cosmic Nature, locals flocked. Yes, to see the art (“I invite you to explore the endlessly expanding ode to the beauty of love that is my art,” Yayoi Kusama said of the show) and take in the springtime blooms, but also because the sprawling open-air gardens in the Bronx offered culture-hungry New Yorkers something to do at a time when the options were scant. And two months later, last Thursday night, the NYBG hosted its Spring Gala, giving the social circuit a much-needed event for which to get gussied up in black-tie, just like the good old days.

First, the likes of new-mom Karlie Kloss, Alek Wek, and Jodie Turner-Smith turned up a Champagne cocktail hour hosted by Veuve Clicquot La Grande Dame. The pre-party feted Kusama’s recent bespeckled collaboration with the storied Champagne-makers: a La Grande Dame 2012 vintage, redesigned with the Japanese artist’s signature spots. And there was plenty of the bubbly on hand to help partygoers toast the partnership.

Afterward, guests strolled around the gardens as the sun set; the temperatures were cool and it wouldn’t be inaccurate to say the rain put a slight damper on the fun. Those guests who arrived before the rain were able to get a close-up of the octopus-like pumpkin (a Kusama signature) whose tentacles wiggle just outside the Enid A. Haupt Conservatory. And inside the gleaming greenhouse were more of Kusama’s smiley, spotted works.

Charing the event were Georgina Bloomberg, Kate Davis, Gillian Hearst, Sharon Jacob, Holly Lowen, Ashley McDermott, Janet Montag, Deborah Royce, and Lili Buffett. The latter dazzled in an off-the-shoulder Carolina Herrera mini that she had been saving for a post-pandemic outing. Also present were Nicky Hilton Rothschild, Brooke Shields, Nacho Figueras and Delfina Blaquier, and Ezra J. William, who wore a gossamer tulle jacket by Prabal Gurung (also present) made especially for the occasion. Other attending designers included Laura Kim, Fernando Garcia, Batsheva (striking in neon sleeves), Aurora James, and Cynthia Rowley, who had her lovely daughter Kit Keenan in tow. “I feel like a princess,” she said of her look of the night: a Cinderella blue puff-sleeve dress by her mother and diamonds borrowed for the night from De Beers Jewellers, who helped put on the glamorous night.

“This event was in the planning for two years, yes even pre-pandemic,” said Barclay Collins II, Chairman of the Board of The New York Botanical Garden, to guests seated at a tented dinner splashed with Kusama-esque yellows. “Ladies and gentlemen, I want you to raise your glass to The New York Botanical Garden, to our Spring Gala, to the Kusama show, to Veuve Clicquot, and to all of you for your generosity and your spirit.”

Following what was certainly not the first Champagne toast of the night, many made their way to the dance floor, which lit with polka dots, but of course. The night raised $1.3 million to support The New York Botanical Garden and its education and outreach programs.