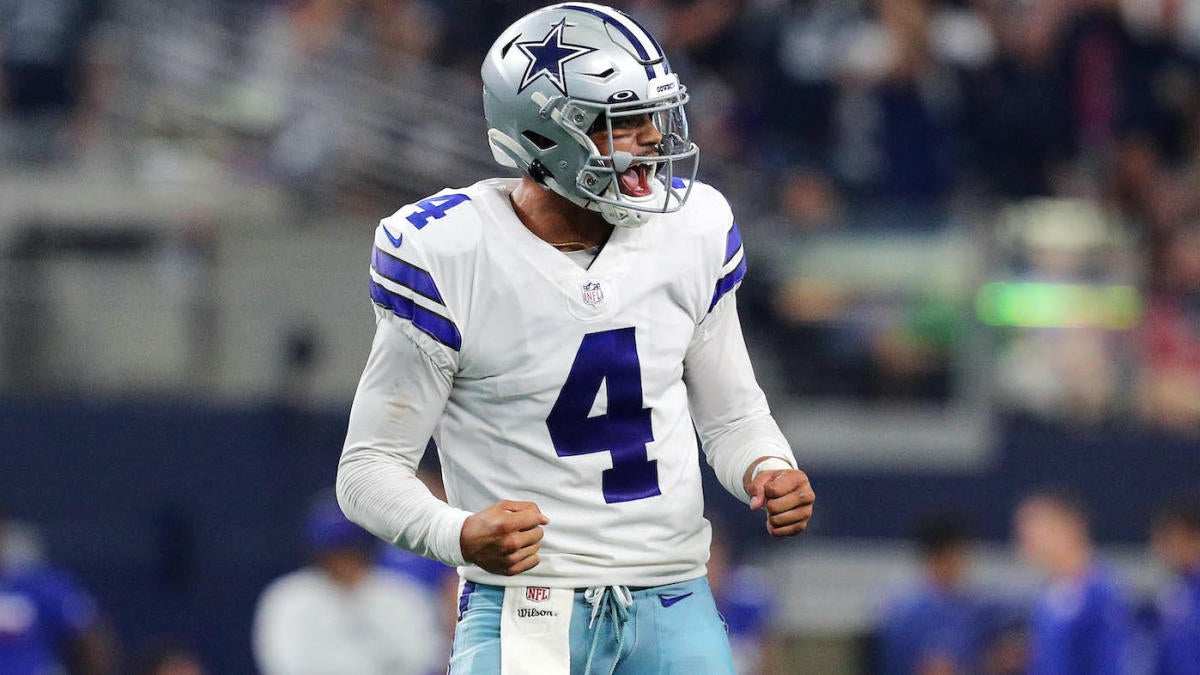 Did every kicker in the NFL meet at some point last week in a secret underground kicking temple and decide they were going to miss a bunch of extra points? Feels like something was afoot (see what I did there?) as there were missed extra points each way I turned Sunday. Even on Monday, Indy’s Rodrigo Blankenship missed a potential game-winning 47-yard field goal. Yes, he may be dealing with a hip injury, but I’m still not ruling out a kicker Illuminati messing with us in Week 5.

While the missed field goals and missed extra points threw a wrench in a few games, we held strong yet again in our little betting corner of the internet, going 3-1-1 ATS on our locks of the week, 9-6-1 ATS overall, and 12-4 on the ML. As we turn our attention to Week 6, we’ll look to keep that rolling, beginning with my five locks of the week.

First, let’s take a look at where we are through the first five weeks.

New England was teetering on having its season go up in flames last week when they found themselves down 22-9 against the Texans in the third quarter. While you can give credit to New England making plays and rallying a comeback, Houston also did its best to hand the game away. Frankly, the Patriots have not looked like a good team this season, and it surprisingly has to do very little with having a rookie quarterback. The defense struggled mightily in Week 5 and allowed Davis Mills — who had four interceptions the week prior — to throw for 312 yards and three touchdowns while recording a 141.7 passer rating. If this unit is giving that up to an offense like the Texans, the Cowboys should be able to move up and down the field with ease at Gillette Stadium. Dallas is also the lone undefeated team ATS this season.

The Chiefs starting the year 2-3 and allowing a league-leading 7.1 yards per play is one of the biggest surprises of the season. Almost on that same level is Washington’s defense going from one of the better units in the league to one of the worst in a year’s time. While neither of these clubs has started the year off the way they hoped, each will look to turn things around in Week 6. While K.C. has not given bettors much to feel confident about, its offense still has the capability of putting up points in bunches, which I expect it will against Washington. I’m banking on Taylor Heinicke simply not being able to keep up, leaving the Chiefs ahead by at least a full touchdown.

The Lions’ heartbreak continued last week, but despite still being winless on the season, they have been favorable to bettors with a 3-2 ATS record. That includes a late cover last week against Minnesota, a game they nearly won with just seconds left on the clock. As they prepare to host the Bengals, they’ll be without starting center Frank Ragnow and receiver Quintez Cephus, who are both out for the year due to injury. The Bengals are looking to bounce back from an overtime loss to the Packers during which each kicker struggled to execute late. Cincinnati’s defense has played well this season, allowing just 5.3 yards per play, and the Joe Burrow-led offense has already shown us it can get up and down the field in a hurry. This is a small enough number where I’m not concerned about another backdoor cover from the Lions. The Bengals are also 7-3 ATS in their last 10 games as a road favorite.

Chicago has yet to really let Justin Fields loose, who threw just 20 passes last week against the Raiders. While Chicago is getting some love for its Week 5 win, Las Vegas also could have been clouded by the off-the-field issues with now-former head coach Jon Gruden and helped them drop just nine points on the day. Of course, it makes sense that the Bears would want to bring their young quarterback along slowly, but that conservative approach may not work well against Aaron Rodgers and the Packers offense. For his career, Rodgers is 20-5 against Chicago and is averaging over two passing touchdowns per game along with 240 yards through the air. Will Fields be able to go toe-to-toe with that? Seems like a tall ask.

Love getting the Bills at this number as I expect it will creep up closer to a full touchdown by the time we reach kickoff. While we know what the Josh Allen-led offense can do, Buffalo’s defense has been quietly impressive, allowing the lowest yards per play in the entire NFL, and just held Patrick Mahomes and the Chiefs to 20 points. They also forced four turnovers Sunday night. Derrick Henry certainly poses a threat, but Tennessee’s defense ranks 27th in the NFL in DVOA, which should allow the Bills to answer whatever damage Henry does on the ground. Buffalo is also 13-3 ATS in their last 16 games overall and 6-1 ATS on the road.

Rest of the bunch