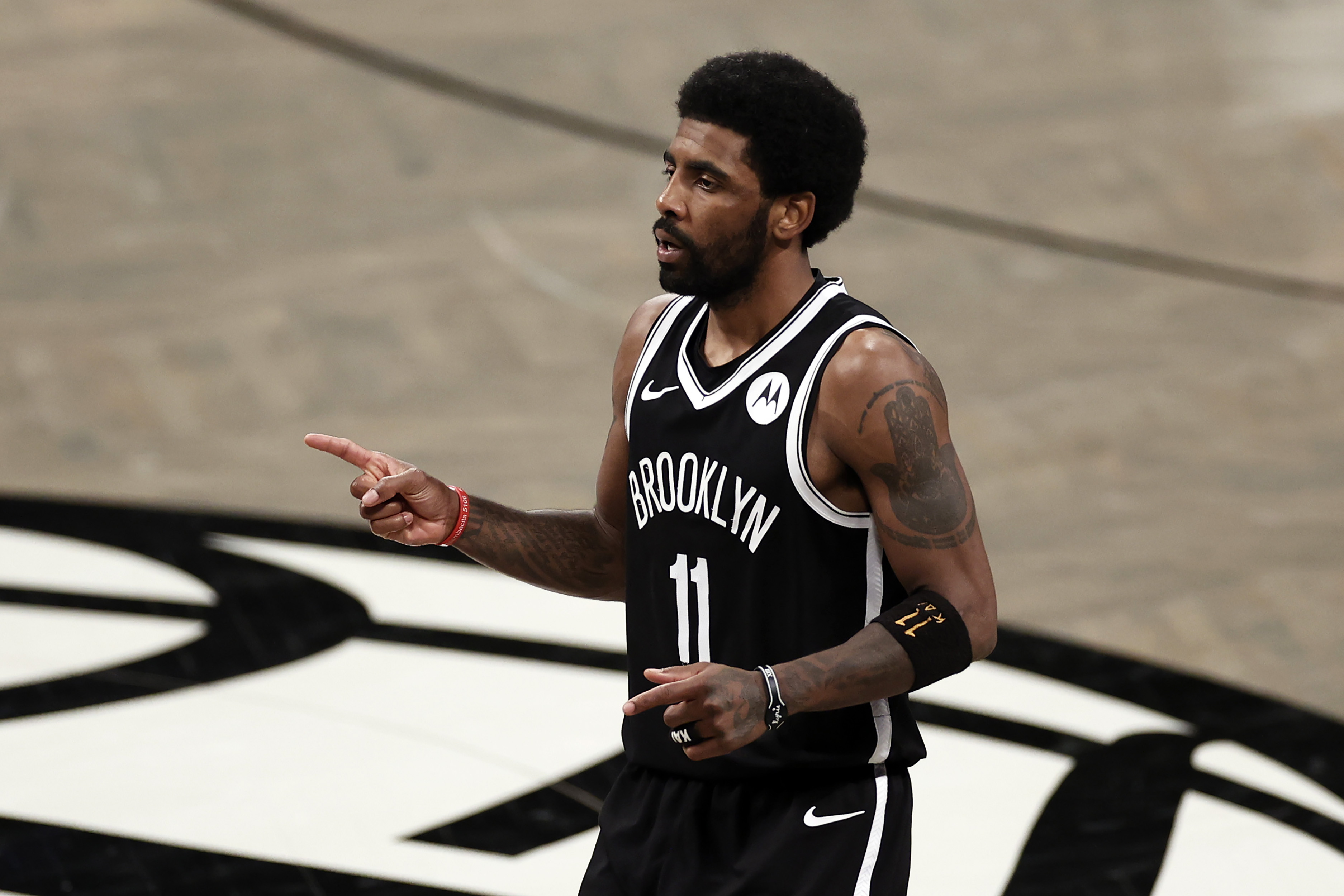 The agents for Brooklyn Nets point
guard Kyrie Irving have reportedly “made it known” he’d consider
retirement if he was traded.

There are a handful of Kyrie trades that potentially make sense for the Nets, Kyrie’s agents have made it known that Kyrie would simply *retire from the NBA* if Brooklyn were to trade him.

Irving hasn’t been a major focus of
trade speculation throughout the offseason, but Jason Anderson of the
Sacramento Bee did report in July the seven-time All-Star could be a
target for the Philadelphia 76ers.

That report came when it appeared the
Sixers were potentially heading toward a large-scale roster overhaul
after a playoff run that ended in the second round for the third
time in four years. That hasn’t materialized despite both Ben Simmons and
Joel Embiid being on the roster.

Meanwhile, Nets general manager Sean
Marks said in August the front office was “very confident”
it would be able to sign both Irving and James Harden to contract
extensions after previously signing Kevin Durant to a new four-year,
$194.2 million deal. He also provided an update on the point guard’s recovery from an ankle injury.

“Kyrie [was in] very positive
spirits,” Marks said, per James Herbert of CBS Sports. “You know, it was a bad ankle sprain,
there’s no question there, so that set him back and he’s recovering
but he’s progressing well and he’s back in the gym I have no doubt,
by the time training camp rolls around and even prior to that, that
guys will have been together and been live on the court together and
playing together and working out.”

So there’s no suggestion an Irving
trade is imminent, which makes the suggestion of potential retirement if he’s traded come a bit out of left field with about a month until the regular season
tips off.

The 29-year-old Duke product has one
guaranteed season along with a player option for 2022-23 left on his
current four-year, $136.5 million contract.

In 2018, Irving did suggest he wasn’t
planning to have an extraordinarily long career, though.

“Once I’m done with this,
hopefully in my early-to-mid-30s, I’m done with this,” the then-Boston Celtic told
reporters. He added: “I love basketball itself.
But everything that comes with it? It doesn’t really matter to me, in
terms of my life.”

Talk of retirement aside, the Nets are
among the NBA’s top championship contenders heading into the new
season thanks to the core of Durant, Harden and Irving, who averaged
26.9 points, 6.0 assists and 4.8 rebounds last season, his second
with Brooklyn.