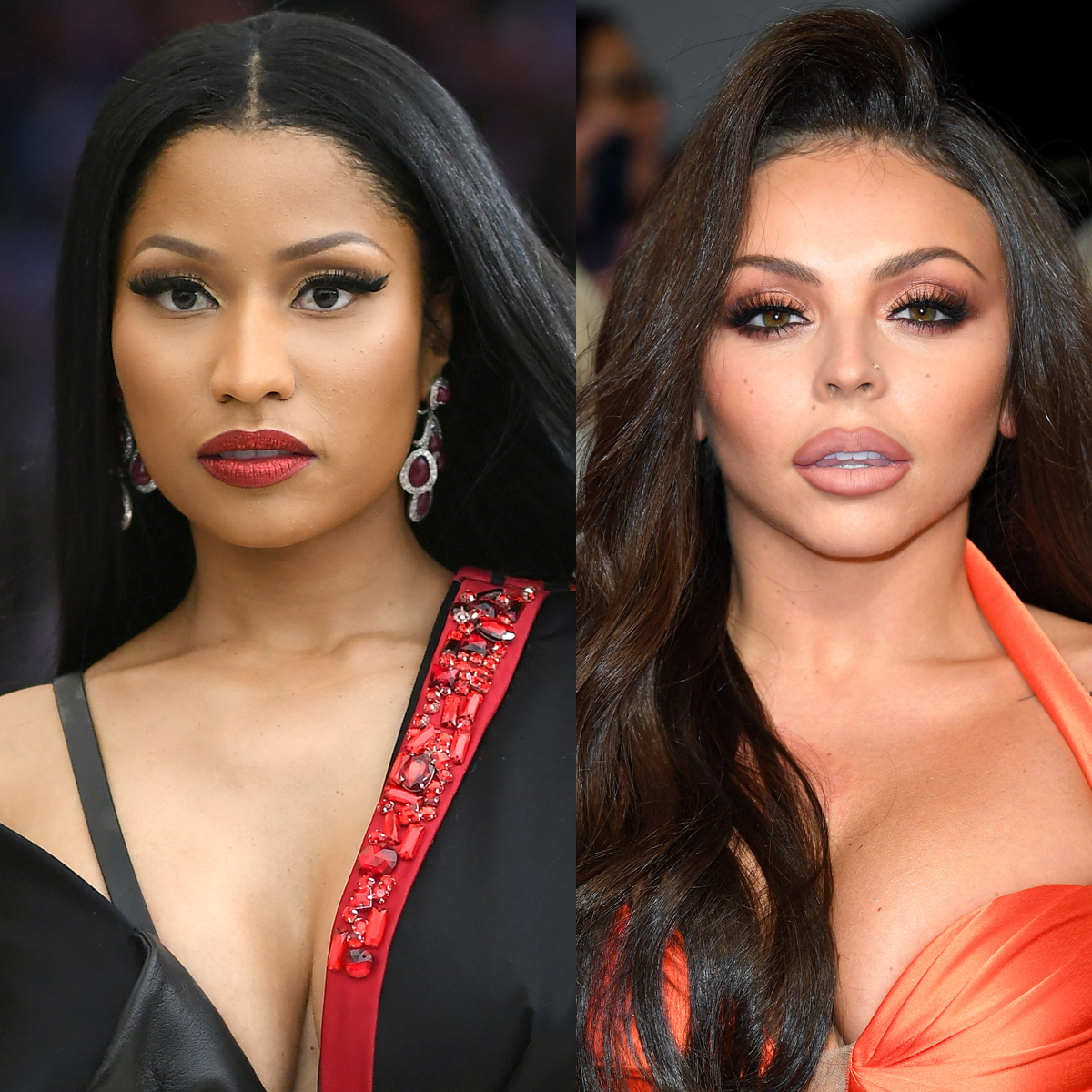 Former bandmate Jesy Nelson dropped her new song with Nicki on Oct. 7, but it seems at least one Mixer isn’t so thrilled.

TikToker NoHun shared unverified screenshots of Little Mix’s Leigh-Anne Pinnock allegedly going after Jesy in his Instagram DMs. The messages, which E! News has not independently verified, seemingly show Leigh-Anne calling Jesy a “Horrible person.” She also allegedly asked NoHun to make a video about Jesy “being a black fish,” referring to someone pretending to be or acting Black when they’re not.

Nicki, 38, appeared to weigh in when she hosted an Instagram Live with Jesy, 30, on Oct. 11. (She also quoted the song on her Story ahead of time, saying, “Jesy, we got all these jelly btchs actin real messy.”)

During the video, the rapper went off on the “clown s–t” and suggested the bandmates should be supporting Jesy, who left the group in 2020 because it took “a toll on my mental health.”

Though she didn’t explicitly mention Little Mix by name, Nicki seemed to direct her rant at the singers: “Sweetheart, take them text messages and shove it up your f–king ass,” she began. “Let her enjoy this time. If you was in this woman’s group and you ain’t talk about this s–t for 10 years, and as soon as you see she’s got a video coming out with Nicki Minaj—”

She continued, “Print them text messages out, bust your ass open and shove it up your motherf–king ass. OK? And stop trying to hurt people and kill people’s lives and career.”

“Stop. If you want a solo career, baby girl, just say that,” she remarked. “You can go out and put your own music. We’re gonna support you and love you. That’s it. You don’t have to attack someone else. If that’s how you felt, why were you kiki’ing with her and being in the videos with her for 10 years?”

Nicki added, “Now, all of a sudden she’s not in a video with you, you have some negative, evil thing to do and say? Stop.”

Jesy, too, has spoken out about accusations of black fishing. She told Vulture in an article published on Oct. 8 that she’s “very aware” she’s a white, British woman. “I’ve never said that I wasn’t,” she said.

“The whole time I was in Little Mix I never got any of that,” Jesy went on. “And then I came out of [the band] and people all of a sudden were saying it. I wasn’t on social media around that time, so I let my team [deal with it], because that was when I’d just left. But I mean, like, I love Black culture. I love Black music. That’s all I know; it’s what I grew up on.”

Her new “Boyz” video with Nicki only seemed to increase the outrage from social media users, with one saying she took her “black fishing to the next level.”

Another popular tweet read, “jesy nelson profiting off of black culture, when she herself couldn’t even be a good ally to an ex bandmate let alone the black community, whilst black fishing and trying to sing with a blaccent in an attempt to sound hard when she’s from Essex…in british black history month????”

Speaking with Nicki, Jesy said her “intention was never ever to offend people of color” with the video. She instead wanted to “celebrate” ’90s R&B because “that era of music is what I love.”

She shared, “It actually does really hurt me that may have offended people.”

Watch a brand new episode of Nightly Pop Monday through Thursday at 11:30 p.m., only on E!