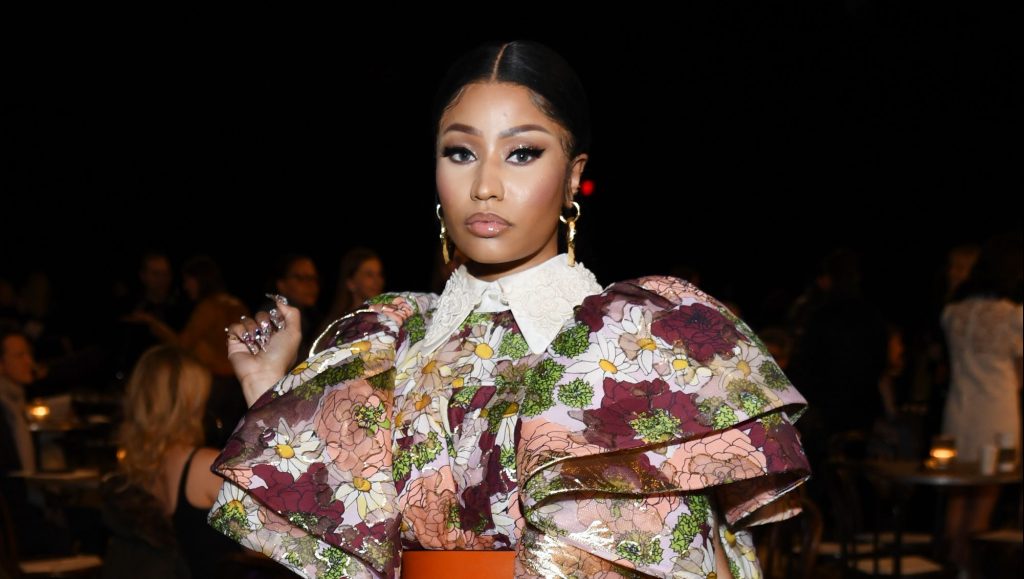 Rapper Nicki Minaj will be helping the cast members of The Real Housewives of Potomac spill the tea as the host of the show’s sixth season reunion, according to Minaj and Bravo TV executive producer Andy Cohen.

Cohen, who hosted the reality TV franchise’s reunions for the past five seasons, confirmed the news with Instagram photos of himself and Minaj posing together during the taping. “It’s the Reunion I could never get away with,” Cohen wrote in the caption of the post, which received over 120,000 likes from fans and celebs alike. “At the end of ours, tonight @nickiminaj surprised the #RHOP and did her own thing! #AndyConda.”

Minaj, who initially put in her bid to host the reunion via Instagram this past July, also revealed her new hosting gig with her own Instagram post celebrating the occasion.

“GUESS WHO BTCHS?!!!!! #Andiconda #RHOP REUNION COMING SOON ON @BRAVOTV @bravoandy #Moment4Life yall better binge watch this season chile” Nicki wrote in the caption of the post, which included the photos taken with Cohen. “Everyone binge watch all the episodes cuz we finna get into some thangz hunty,” Nicki advised. “My questions will be well thought out, too. Mixed with funny & epic of course.”

The Queen’s takeover of The Real Housewives of Potomac‘s hosting duties finds her branching out from her hosting duties on her Apple Music show, Queen Radio, which gained a loyal and rabid audience due to the various soundbites dropped, with Nicki airing grievances and giving unfiltered takes on the entertainment industry and other topics.

And if her appearance on The Real Housewives of Potomac comes anything close to the fireworks that have been produced on Queen Radio, viewers can look forward to a jaw-dropping night of commentary from Nicki and the cast members in the hot seat.