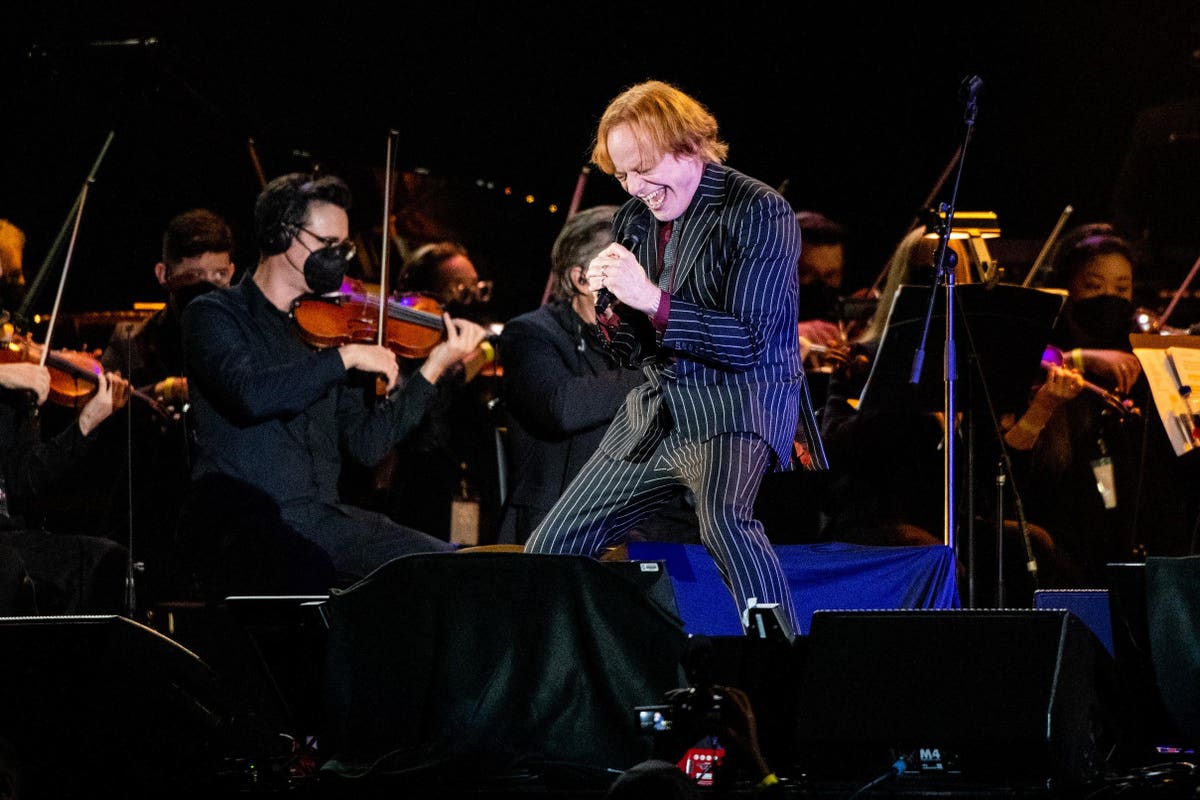 Who’s really the Pumpkin King, the true king of Halloween? If you grew up in L.A. in the ’80s you know the answer has long been Danny Elfman. Elfman’s Halloween runs with former band Oingo Boingo were as much a part of L.A. lore in the ’80s and early ’90s as visiting malls, shopping at Licorice Pizza, camping out overnight at Ticketmaster for tickets and hitting the Anti-Club and Raji’s.

Boingo Halloween shows were a rite of passage into the music world. So seeing Elfman back on stage at Halloween, whether it’s singing Boingo song or in the role of Jack Skellington, feels right on so many levels.

Last night, in an absolutely perfect night at L.A.’s Banc of California Stadium, Elfman knew it too. Starring as Skellington in the live Nightmare Before Christmas concert (there is another show tomorrow, on Halloween) where the songs were brought to life on stage by Elfman and a few guest stars while the movie shown on three large screens, Elfman glowed as he talked about how excited to be back on stage after a three year absence, partly obviously due to COVID.

Since 2013, The Nightmare Before Christmas has become its own Halloween tradition, though they find ways to change it up to keep it fresh. This year they just brought in one of music’s top five current biggest stars, Billie Eilish, to sing the role of Sally.

Eilish slayed “Sally’s Song,” delivering it brilliantly. Not only was she vocally masterful, but equally as important, you could see she carried the right mix of humility and enthusiasm for the part. She didn’t come in as a Grammy-winning superstar, she was a fan of the film and the experience.

Which is what was needed, because on this night, it wasn’t about individual names. To the thousands of obvious Nightmare diehards in the stadium, she was no bigger a star than Nightmare icon Ken Page, who received a deserved hero’s welcome while reprising his superb “Oogie Boogie Song” from the film.

So much of the fun of this night was watching the crowd’s reaction. And whether you never seen the Tim Burton film, not seen it in the nearly 30 years since it came out in 1993, or had seen it hundreds of times, as it appeared many had, the show was equally enjoyable.

Elfman and the creators of this night made sure of that, by bringing in elements that extended beyond simply singing the songs from the film live as it showed in the background. For instance, following an intermission, violinist Sandy Cameron introduced the second half with a dazzling solo that was electrifying and compelling as any violin solo you will ever see.

The show offered several highlights, most by Elfman, who had the lion’s share of songs. But whether it was Elfman, Page, or Eilish, everyone delivered with charisma and joy, making each moment special in its own right. Although for sheer cool star power, the one-time only super group of Elfman, “Weird” Al Yankovic and Paul Reubens singing “Kidnap The Sandy Claws.” If this power trio of awesomeness were to tour it would bring every hipster and every geek in the world together in joyful harmony. Kind of like this night did.