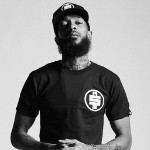 Hussle, who was shot to death in March 2019 at age 33, isn’t the only person who was selected posthumously. Actress/writer Carrie Fisher, who died of cardiac arrest in December 2016 at age 60, was selected in the motion picture category.

Fisher, the daughter of Hollywood stars Debbie Reynolds and Eddie Fisher, is one of two second-generation stars to be honored this year. Tracee Ellis Ross, the daughter of Motown legend Diana Ross, was selected in the television category.

Other honorees who are relevant to music fans but were selected in other categories include Broadway great Patti LuPone and Marilyn McCoo & Billy Davis Jr. The latter pair fronted the 5th Dimension in the ‘60s and ‘70s, but are being inducted in the live theatre/live performance category, as is LuPone. McCoo and Davis, married since 1969, are the first African American couple to receive a star together on the Walk of Fame.

The selection panel, made up of fellow Walk of Famers, handpicks a group of honorees each year that represent various genres of the entertainment world. “The panel did an amazing job choosing these very talented people,” said Ellen K. “We can’t wait to see each honoree’s reaction as they realize that they are becoming a part of Hollywood’s history with the unveiling of their star on the world’s most famous walkway.”

Here’s the full list of Hollywood Walk of Fame Class of 2022 honorees (using their full names as shown on their list):

Another Cloud Game Is On Its Way To Nintendo Switch This July
My First Show Back: Canyon Club Owner Lance Sterling on Hosting the Foo Fighters