No. 1 Baylor’s Unbeaten Season Spoiled by No. 19 Texas Tech in Big 12 Upset 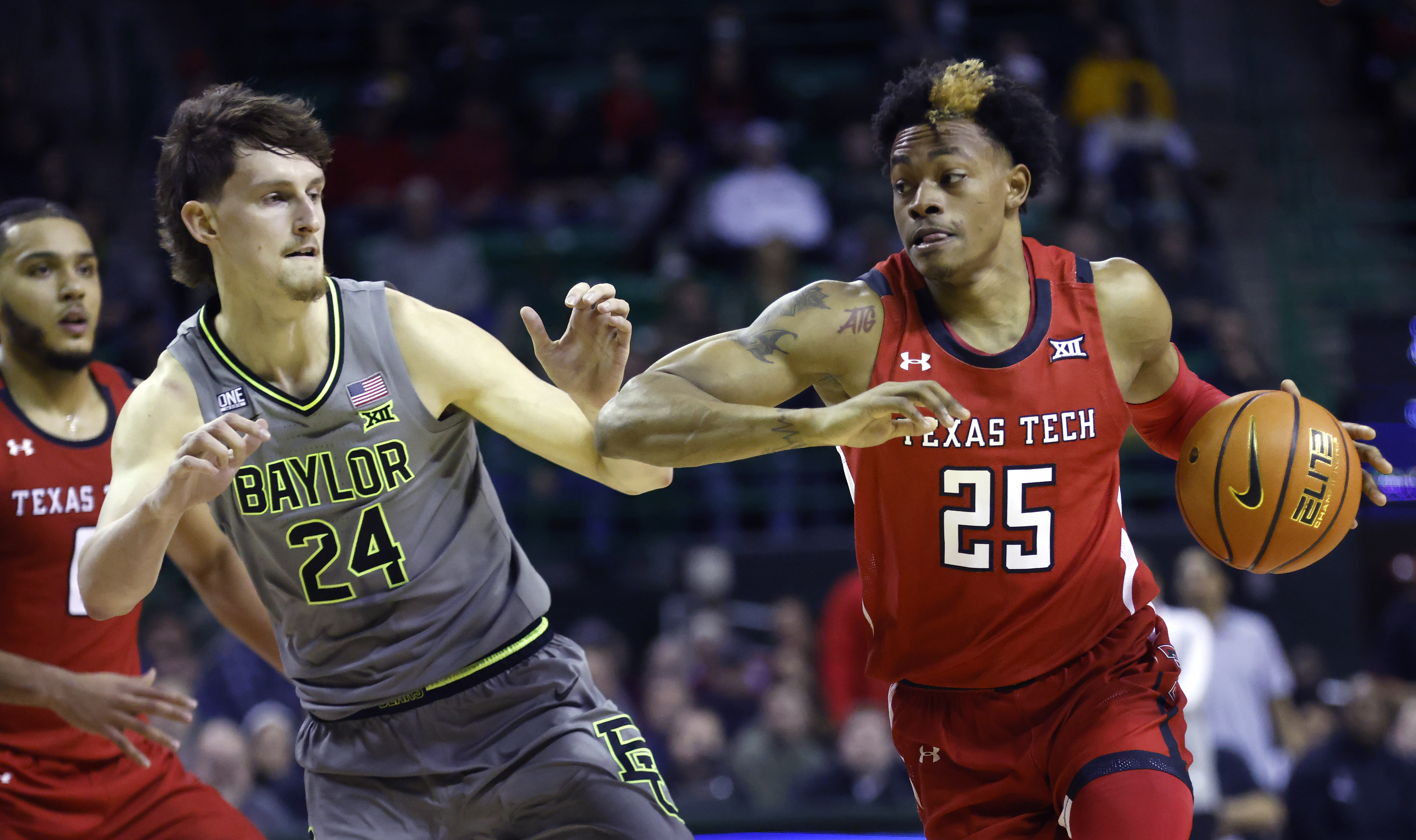 Tuesday was not a good day to be an undefeated team in men’s college basketball.

After USC lost to Stanford, Baylor was the last remaining undefeated team in the country. Turns out, that lasted merely hours.

James Akinjo’s potential game-tying three in the final seconds came up short, clinching the upset for the visitors.

While the Red Raiders had five players score in double figures, they won the game on the defensive side.

That’s not particularly surprising considering they are fourth in the nation in Ken Pomeroy’s pace-adjusted defensive rankings. They swarmed Baylor’s outside shooters while holding the country’s top team to just 8-of-24 shooting from deep and cut off its driving lanes while forcing 14 turnovers.

The last possession in particular stood out, as the Bears struggled to create a quality shot and were left with Akinjo tossing up a contested miss.

Adam Flagler and Akinjo each scored 17 points, but LJ Cryer was the only other Baylor player to score in double figures with 10.

Adonis Arms spearheaded the offensive effort for Texas Tech with 14 points, but he also stuffed the stat sheet with nine rebounds, five assists and two blocks. His ability to get into the lane and either finish himself or create for others was enough for the Red Raiders to overcome their own shooting woes at 4-of-14 (28.6 percent) from deep.

It has been quite the stretch for the victors considering they also defeated No. 6 Kansas on Saturday. The Red Raiders look the part of Big 12 contenders in the early portion of the conference schedule and will look to continue their momentum when they face Oklahoma State on Thursday.

Baylor will attempt to bounce back from its first loss when it plays the Cowboys in its next game as well on Saturday.

While the Bears will be in the unfamiliar position of playing after a loss, they are still in an ideal spot to earn a No. 1 seed come Selection Sunday when they will be attempting to defend their national title.