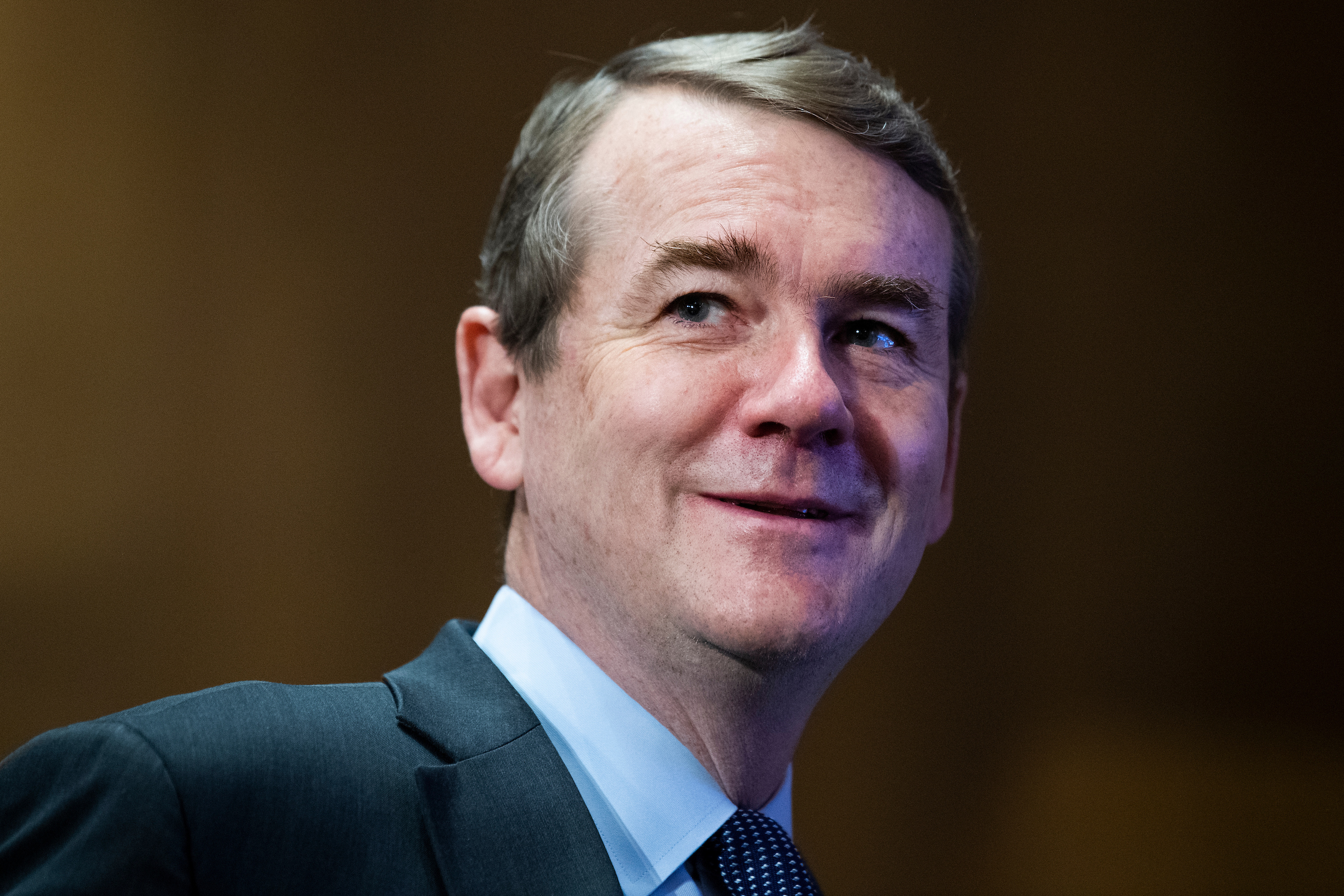 Monthly payments of up to $300 per child didn’t go out Friday for the first time in six months, and some families may never see benefits as generous again.

Democrats are working to restore an expansion of child tax credits they enacted on a temporary basis last year. But they don’t have the votes to do so without curtailing the benefits to appease Democratic skeptic Sen. Joe Manchin III or at least 10 Senate Republicans.

The costly family benefit is a major reason why Manchin opposes his party’s sweeping $2.2 trillion budget reconciliation package. But Democrats are betting they’ll get a better deal by lobbying the West Virginia centrist to support the filibuster-proof package than working with Republicans.

A more modest child tax credit remains in place for the 2022 tax year, and beneficiaries can still claim half of the 2021 expansion that wasn’t sent out in the monthly checks starting Jan. 24 when tax filing season begins, helping to ease the pain.

But the lapse of bigger benefits paid monthly, which helped the poorest families the most, is one of Democrats’ biggest disappointments in what’s been a tough year since President Joe Biden took office with majorities in both chambers.

For now, Democratic leaders remain focused on winning over Manchin, rather than trying to work out a compromise with Senate Republicans even though several have expressed interest in expanding the current credit. A version that could win at least 10 GOP votes to pass the Senate could involve cutting off undocumented immigrants and maintaining work requirements, among other obstacles to a bipartisan deal.

“There has been no engagement on the part of Democratic leadership or the White House to discuss a bipartisan approach to helping kids in this country,” said Sen. Mitt Romney, R-Utah, who’s offered perhaps the most generous child benefit proposal on his side of the aisle. “They’re negotiating amongst themselves.”

The partisan approach started last March when Democrats used the filibuster-proof budget reconciliation process to pass a COVID-19 relief law, temporarily expanding the credit through 2021. That expansion, which increased the $2,000 per child benefit to $3,600 for children under 6 and $3,000 for older children, allowed families to receive the credits in monthly installments and made it fully refundable to households that owe no income tax.

The expired version is all but dead with Manchin pushing to add work requirements and limit the credit to lower-earning households. That leaves Democrats with two choices: Give into enough of Manchin’s demands or try to forge a bipartisan compromise.

While either approach will involve sacrifices Democrats don’t want to make, most are betting they’ll have an easier time convincing Manchin than 10 Republicans.

“We have time now,” he said. “That’s the only blessing of what’s happened here is we have more time to make the case on those as we kind of reconstruct the bigger bill.”

Sen. Michael Bennet, D-Colo., who’s long pushed to expand the benefit, said he believes there will be a future political environment in which Democrats can work with Republicans on a more permanent child tax credit expansion. But he said families don’t have time to wait for what could be lengthy negotiations.

“Right now, we’ve got to figure out a way to extend the child tax credit so that we don’t raise taxes on the American people in the middle of a pandemic,” he said. “And that’s obviously something that’s going to have to be done at least for the moment by Democrats.”

“There’s no reason why Republicans and Democrats couldn’t work together on it,” Finance ranking member Michael D. Crapo, R-Idaho, said.

The popular benefit has long enjoyed backing from both parties, and Republicans expanded it in their 2017 tax law, doubling its maximum dollar value, increasing its refundability and making it available to higher earners to offset the loss of tax breaks for dependents, which the law repealed.

Most Republicans want to make their 2017 changes permanent and some would go further, but few, outside of Romney, have offered anything close to Democrats’ expansion.

Romney’s plan — released as a two-page outline last February — would provide a more generous monthly payment of $350 per child under 6, compared to $300 in Democrats’ bill. Both provide $250 for older children.

House Ways and Means Chairman Richard E. Neal, D-Mass., cited Romney’s proposal when asked about the potential for bipartisan negotiations. But some aspects of the Utah Republican’s plan may not appeal to Democrats.

Romney would have the Social Security Administration send monthly child benefits, completely separating it from the child tax credit and — more importantly for Republicans — the IRS.

Children would need a Social Security Number to qualify under Romney’s plan, while Democrats would extend their benefit to undocumented immigrants. Sen. John Cornyn, R-Texas, expressed openness to Romney’s proposal and bipartisan talks but said Republicans will insist the credits only be available to U.S. citizens.

Romney believes 10 Senate Republicans could support some form of his plan, though concessions to win his colleagues’ backing could alienate Democrats.

“I can’t predict that that would be successful, but it’s worth trying,” he said.

Many Republicans don’t share Romney’s support for a child benefit that’s fully available to those who pay little or no taxes.

Rubio and Utah GOP Sen. Mike Lee have proposed more generous maximum child tax credit payouts, but they’ve taken issue with full refundability. Their plan would allow refundable credits to offset payroll taxes, which would mean more access for lower-income earners but none for those without income.

Romney said a requirement along those lines would likely be part of any bipartisan negotiation. Romney and Bennet in 2019, for example, teamed up on a plan to expand child credits and make a portion fully refundable regardless of income, with the remainder phasing in based on earnings.

Democrats view full refundability as the most critical part of their expansion, touting studies showing reductions in child poverty. The 2021 benefit was expected to cut child poverty by 40 percent compared to where it otherwise would have been, mostly due to full refundability, according to the left-leaning Center for Budget and Policy Priorities.

Paying for the expansion is another and perhaps the biggest obstacle to a bipartisan deal.

Romney’s plan involves offsets Democrats wouldn’t like, including cutting down the earned income tax credit for low-income workers and other anti-poverty programs and repealing the state and local tax deduction that is popular in high-tax blue states.

Bennet acknowledges that Romney’s child benefit is “as generous as the one that we’ve proposed” but said there would need to be negotiations around “pay-fors” if Democrats were to engage in bipartisan talks.

If Democrats can’t reach a deal with Manchin or Republicans this Congress, talk about expanding the child tax credit won’t go away — even if Democrats lose control of the House or Senate in this fall’s midterm elections.

“No matter what happens with it we’ll be at it if we get the majority in November and are in control in January,” Ways and Means member Jackie Walorski, R-Ind., said. “It’s an important piece of legislation and obviously very effective.”