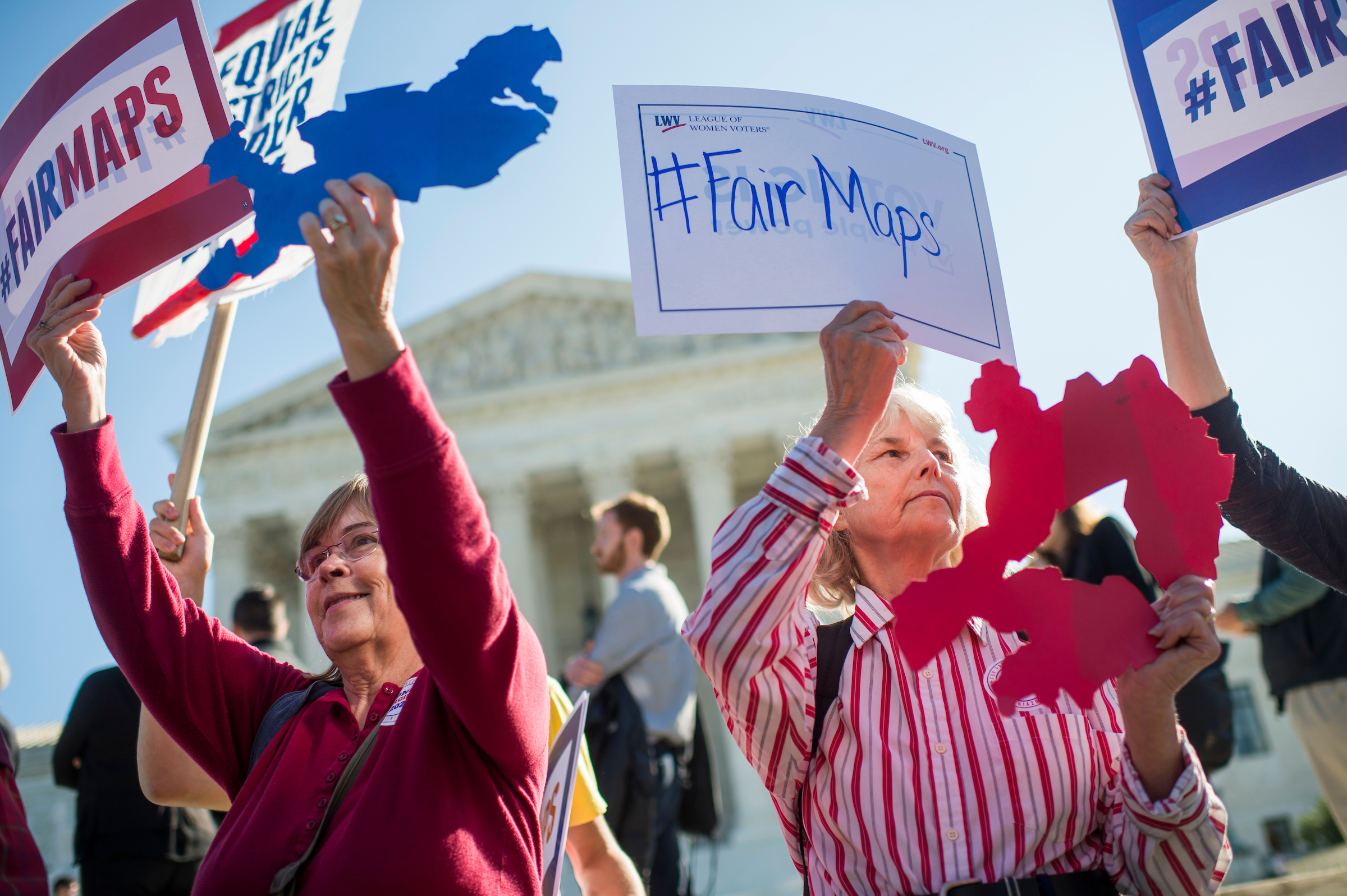 A North Carolina court upheld the state’s new congressional map in a ruling Tuesday that rejected allegations the map unfairly favors Republicans and dilutes the power of minority voters.

In the first trial opinion to uphold a congressional map of the 2020 redistricting cycle, the ruling by the three-judge panel paves the way for the state’s now-delayed primary to move forward this spring. An appellate panel of state judges had postponed the March 8 primary while the case progressed.

“[T]his Court concludes that the Free Elections Clause does not operate as a restraint on the General Assembly’s ability to redistrict for partisan advantage,” the ruling said.

Common Cause, one of the map’s challengers, vowed to appeal the decision in a statement that called the decision “disappointing.” The case would go to the state’s supreme court, which is controlled by Democrats.

Advocates in the North Carolina case who challenged the map argued that Republicans would likely win 10 or 11 of the state’s 14 newly-drawn congressional seats — in a state former President Donald Trump won by 1 percentage point in 2020.

However, the judges did not find enough evidence to support those claims or accusations the legislature diluted the power of Black and other minority voters.

Butterfield’s district had been 44 percent Black and 9 percent Hispanic, but would be less than 40 percent Black in the new map. The district would also likely be more competitive by including rural areas in the north of the state.

The map received an “F” grade from the Princeton Gerrymandering Project, which argued the map created significant Republican advantages in the state.

Zack Shaw, attorney for the North Carolina League of Conservation Voters, argued during last week’s trial that the state’s Republican majority maximized their gains in the congressional delegation. Analyses from both the plaintiffs’ experts and legislature said the maps resulted in a Republican partisan advantage.

“Their key expert’s own analysis spotlights the enacted plans as extreme partisan outliers,” Shaw said. “But after months of touting the transparency of their process, discovery and testimony here revealed that they had worked from secret concept maps.”

Shaw and the other plaintiffs also said Republicans undermined their arguments of transparency. During the trial, GOP state Rep. Destin Hall said he relied on maps drawn by an outside consultant when making the state’s congressional plan — maps that were later deleted.

Phil Strach, the attorney for the legislature, argued the experts in the case drew their maps by ignoring the rules the legislature operated under, such as minimizing county and municipality splits. He said they did so to favor Democrats, and only used race as a red herring.

“They want more Democrats elected in North Carolina but instead of engaging in the pool hall and trade of finding common political ground, they rely on blackbox computer algorithms to draw conclusions about political intent,” he said.

A North Carolina court previously halted candidate filing that was to have begun in December and later delayed the state’s primary. It was the first court to do so this redistricting cycle.