‘Not her body, not her choice’: Indiana politicians react to near-total abortion ban 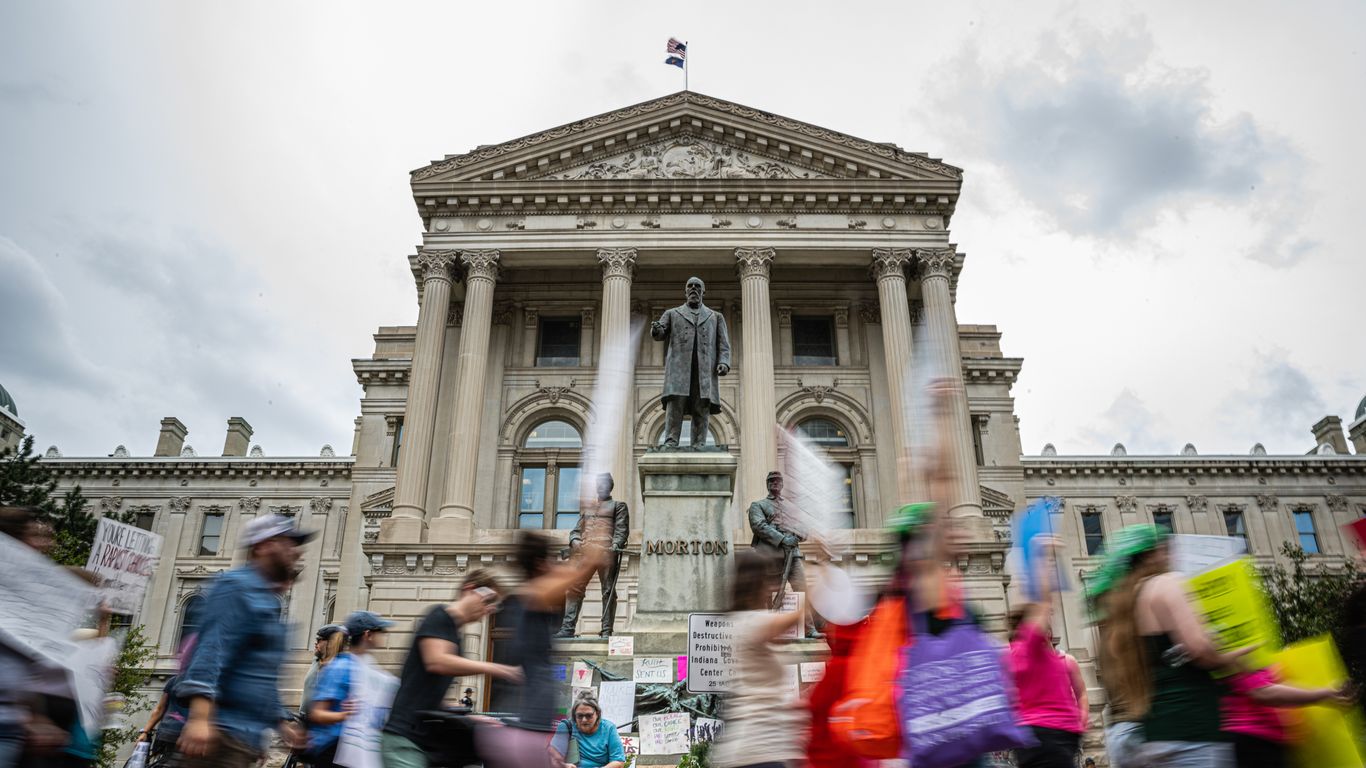 Indiana became the first state in the country since Roe. v. Wade was overturned to approve a near-total abortion ban Friday night.

The big picture: The ban comes after the Supreme Court’s decision to overturn Roe v. Wade sent the issue of abortion rights back to the states. Many Republican states have already begun taking action to ban the procedure, but Indiana is the first to pass a bill following the ruling.

Zoom in: Indiana Gov. Eric Holcomb signed the bill into law late Friday night after the Indiana House and Senate passed the bill earlier that day.

Yes, but: The ban includes some exceptions, including cases of rape, incest, if the fetus is diagnosed to be a lethal anomaly and cases to protect the life of the mother, AP reports.

Of note: Indiana currently allows abortions up to 20 weeks post-fertilization (or 22 weeks after the mother’s last menstrual period), CNN reports.

What to watch: Eli Lilly and Co., which is one of Indiana’s largest employers, said in reaction to the ban that it will be “forced to plan for more employment growth outside of our home state.”

Go deeper … Where abortion has been banned now that Roe v. Wade is overturned

Editor’s note: This story was updated with a statement from the White House press secretary.