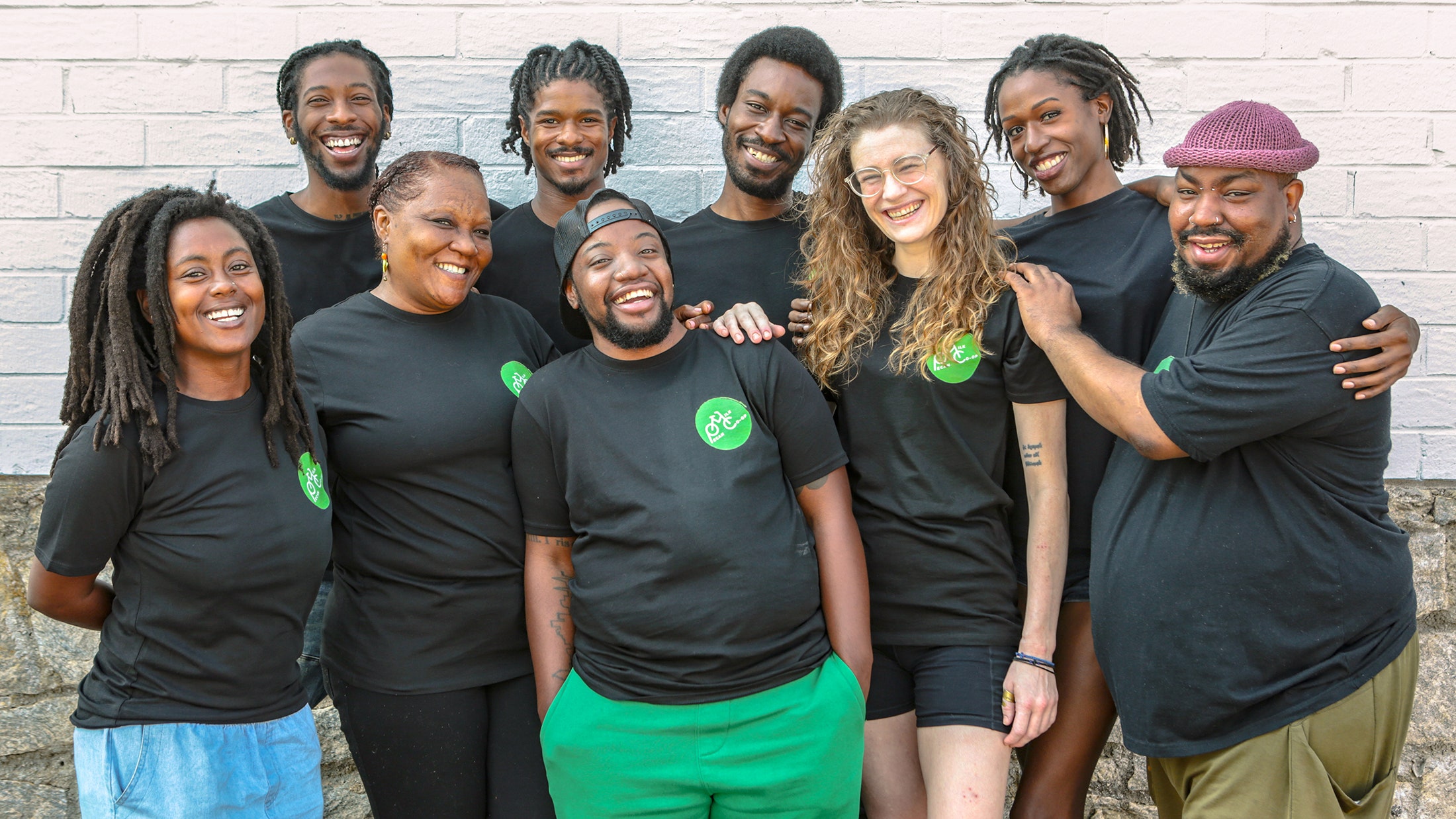 Worker-owned cooperatives—where every worker, not just management and shareholders, can own an equal stake in the company and gets to fully benefit from the company’s growth—are entering the anti-capitalist zeitgeist as an antidote to the dominant “winner-take-all” model.

For Jones, the cooperative model became a north star, a way to democratize ownership and control of the business while maintaining a non-hierarchical workplace. “As a worker co-op, my team votes me down sometimes, but that’s how we get the best decision for the group,” Jones notes. “I think any strong organization should be structured that way, where there’s not just one person who can make decisions for the whole group.” A recent collective decision was to launch a line of CBD-infused nut milks, making Pecan Milk Co-op one of the only dairy-alternative companies in the U.S. to do so. They make and package their products at Leaven, a Black-owned collaborative kitchen space in Decatur, Georgia.

In addition to the new product line, the team now includes 10 worker-owners. The cost of a share to buy into full worker-ownership is $1,450, but workers can choose to contribute sweat equity toward that sum from their hourly pay, starting at $7.25 an hour. Once they reach full worker-owner status, that rate goes up to $15 an hour, and the company has its sights set on increasing wages and adding benefits as the business continues to grow. Any portion of net profits not reinvested into the business are shared equally among all worker-owners.

But getting to a point of profitability has not been straightforward. It is no secret that in the face of institutional and systemic racism, Black entrepreneurs struggle. Compared to white-owned businesses, Black-owned businesses are almost three times as likely to be less profitable due to a chronic lack of access to capital.

Building Pecan Milk Co-op gave Jones front-row tickets to the classic catch-22 of bootstrapping a food business, with the double whammy of doing so while Black. Soon after the company launched, Jones lost their barista job and with that, what little money they were able to save and put toward the co-op. While the brand was gaining traction at farmers markets—growing from a couple of locations to more than a dozen markets fairly quickly—placements in grocery stores proved harder.

To buy the ingredients and supplies necessary to grow revenue through large grocery store orders, they needed capital. But Jones, who was housing-insecure at the time, didn’t have the necessary credit score or financial standing to qualify for small business loans. That, coupled with microaggressions from grocery store managers and others in power, only reinforced the significance of what they were building: a company where queer Black people could show up fully, as their whole selves, and have the means to a dignified livelihood.

Eventually, Pecan Milk received their first grocery order from Sevananda, Atlanta’s longest standing grocery co-op, but scaling up further was impossible without access to capital. Most product-based businesses, on average, need $30,000 to launch and grow. In the grocery industry, supply chain norms mean smaller vendors like Pecan Milk only get paid a month after they deliver the product, but to make the product, they still have to pay their suppliers on time.

Jones learned about payment terms like Net 30 through trial and error, and the consequences weren’t just fiscal, they were physical. “I have lots of knowledge about our business and industry, but a lot of that knowledge lives in my body, you know?” Jones says. “I’ve had the experience of not having money [after making and delivering our product]. I’ve been hungry, and I can still feel that in my body, for better or worse.”