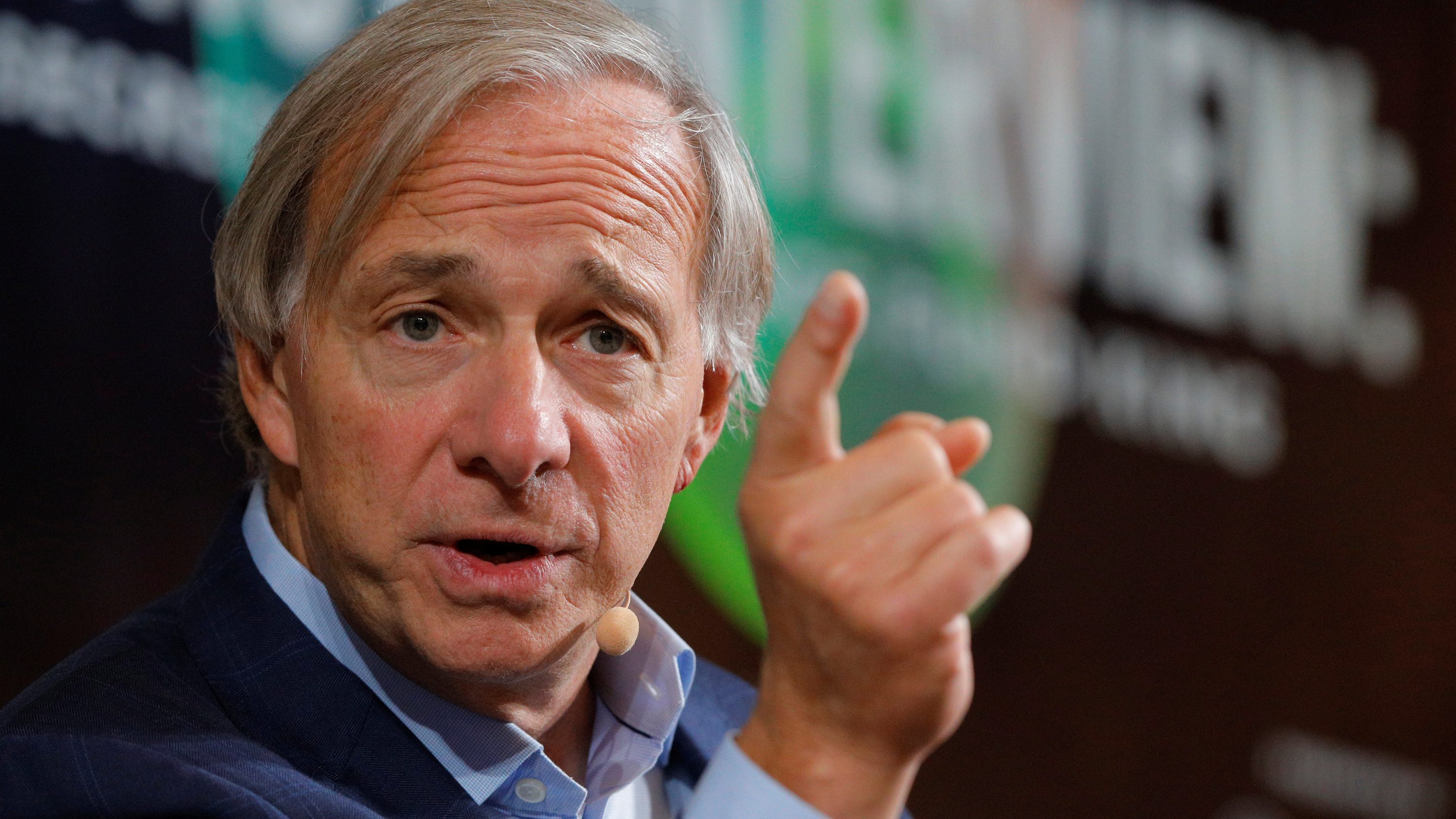 Bridgewater founder Ray Dalio is known for his hedge fund’s unusual experiments in management. They include the famous “Dot Collector” system, in which all Bridgewater employees are tasked with giving one another real-time feedback on an iPad app during meetings and presentations.

An outgrowth of Dalio’s commitment to building a culture of radical transparency, the dot system prompts employees to rate one another, on a scale of 1 to 10, on attributes like how well they listen or display “managerial courage.”

“We do it because it elevates ourselves above our own opinions, so that we start to see things through everybody’s eyes, and we see things collectively,” Dalio explained in a 2017 TED Talk. “Collective decision-making is so much better than individual decision-making if it’s done well.”

“Gee, that sounds like a great way to understand other people’s perspectives on my performance so I can learn and grow!” some of you may be thinking. “Wow, that sounds like a true dystopian nightmare that would make me have a nervous breakdown!” others may respond.

Whichever camp you fall in, be prepared: a new Zoom integration means that Dalio’s dots could be coming to your company, too.

Zoom today introduced more than 50 built-in apps to its videoconferencing system, including the Dot Collector app as well as options like a health app from WW, a “party game” by Ellen DeGeneres, and a shared workspace app from Dropbox. The Dot Collector app allows participants to give one another instant feedback on a list of qualities and achievements, like “adapts to change,” “creative thinking,” “deliverable produced,” and “leadership.”

Rather than the 1-to-10 scale Bridgewater uses, the app simply gives users three choices: a thumbs-up, an “ok” for middling performance, and a “loop” to signify there’s some need for improvement. The feedback is public for all participants to see, unless you click a box to make it private. There’s also a blank space where you can add more feedback. For example, in our test here at Quartz, my colleague Alex sent me the hastily written but very kind compliment of “Wow such a great Sarah,” which I found very heartening and will certainly internalize going forward.

Here’s what it looks like when you receive feedback within the app:

There’s also a tab in the app that allows Zoom participants to ask each other questions (in multiple-choice, yes-no, or freeform formats). In my sample meeting with Alex and two other colleagues, we polled one another on such questions as “Do you like dots?” (inconclusive) and “Which is better, peanut butter or jelly?” (in a shocking twist, jelly won unanimously).

How useful is instant feedback?

As we attempted to test out the new app, two of my colleagues never succeeded in getting it to work. They were using their work computers, and lacked the administrative rights to download the new app system. The built-in apps also didn’t appear to be available on mobile yet. That might be a problem that others run into, too, which could certainly limit the utility of the Dot Collector.

Apart from technological issues, we saw several potential drawbacks to using the Dot Collector app. For one thing, it’s a bit distracting, both for the potential raters (who might have trouble paying attention to speakers while they toggle over to the sidebar to send their colleagues feedback) and the rate-ees (it’s easy to imagine getting flustered when you’re in the midst of a presentation and being told that you’re not communicating well). Expert multitaskers would presumably struggle less with the distractions.

There’s also the bigger question of whether instant, public feedback is necessarily the best way to help people improve their performance. Dalio certainly thinks so, but then again, Bridgewater’s culture is notoriously not for everyone. Some employees thrive there, while others say the environment can be intimidating, even humiliating. Moreover, it’s easy to draw a parallel between the Dot Collector system and so-called 360 performance reviews, which tend to produce decidedly unhelpful data because they’re so subjective. (In a video explaining the Dot Collector on the download page for the app, Dalio shows how the feedback can be aggregated over time, which he suggests makes it useful for performance reviews.)

Constructive feedback, both positive and negative, is crucial for anyone looking to grow in their career. But while some people might be down for real-time, public ratings, my guess is that most employees find that private follow-up conversations more than suffice.