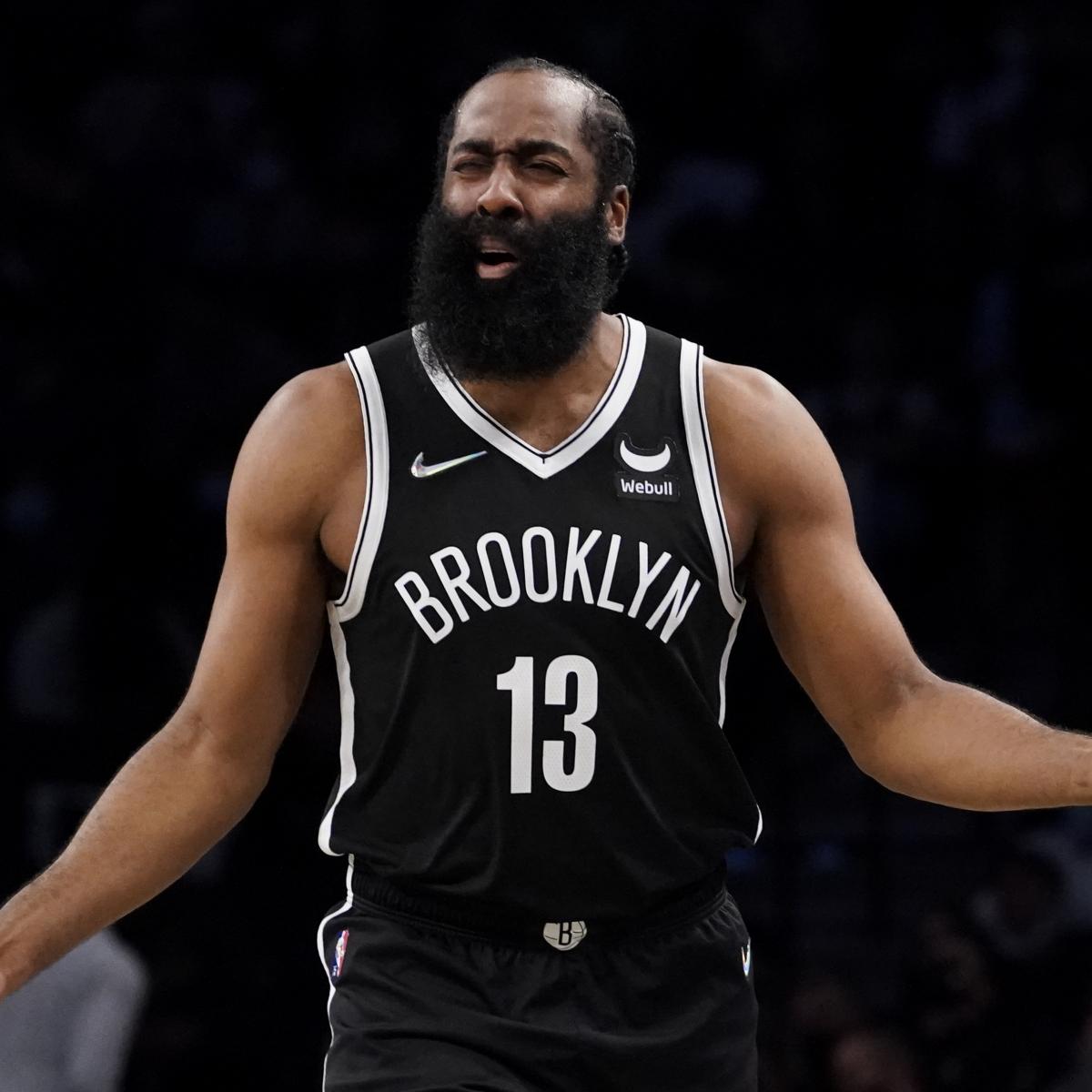 When James Harden first joined the star-studded Brooklyn Nets last season, the biggest question was whether he was willing to change the way he played.

Now, it’s whether he’ll be able to.

Harden finished Wednesday’s 106-93 loss to the Miami Heat with 14 points on 4-of-12 shooting, attempting just three free throws (precisely in line with his per-game average this season) in 36 minutes. His struggles were a continuation of one of this season’s most intriguing early stories: Harden, long a singular offensive force because of his unique foul-drawing craft, looked positively ordinary as the whistles went silent.

In Brooklyn, it’s no longer about whether Harden can ditch the isolation-heavy, free-throw-dependent, ball-dominant game that made him so prolific with the Houston Rockets. It’s not about him sacrificing to fit in. It’s about whether he knows how to be effective now that his old style isn’t viable anymore.

The Heat, who fielded a starting lineup loaded with intelligent, gritty and capable defenders (and also Duncan Robinson), presented a tough matchup for Harden as he sought to get his season on track. When he went searching for the calls he used to get, he came up with nothing.

I like this view of Butler’s steal on Harden, first he gets his hand the ball clean and then it is Harden looking to hook his arm to draw the foul, happy there wasn’t a call on this one. https://t.co/QEK1cAA8eU

The results were tough to watch.

Harden has Bam beat, tries to draw the foul instead of making a play. Refs ain’t biting. At least the 4th time tonight. https://t.co/c6gtIK4mF1

Instead of a parade to the foul line, Harden’s patented tricks triggered breakouts in the other direction for the Heat.

“Identity crisis” feels like too strong a term, but the rule changes designed to discourage officials from rewarding the call-seeking behavior Harden has perfected are certainly on his mind. And the longer this goes on, the larger the question will loom: If the unique approach he honed, which worked to great effect for almost a decade, doesn’t work, well…what else ya got?

There are already plenty of smart, nuanced dives into the reasons Harden is floundering, averaging just 16.6 points per game with negative on-off differentials in four of the five contests he’s played. It’s true that we should be considering last postseason’s hamstring injury, bad luck, natural aging, a handful of unfamiliar teammates and a litany of other factors when drilling down into his play.

But the very first thing we have to acknowledge is how the new rules have impacted him. They’ve taken away the one area of the game at which he was truly elite.

Harden’s worth during his best years derived from a diet of high expected-value shots (layups, threes and free throws) taken at heavy volume. But it’s important to note that he only had one season in his career in which he ranked in the top 10 percent in scoring efficiency at the rim for his position, and that he’s been a hair below the league average in three-point percentage in three of the last five years.

Generally, Harden has been just a touch better than the norm from both two and three-point range for his career. Since he entered the league in 2009-10, the NBA average on twos is 49.9 percent. He’s at 51.2 percent. From deep, Harden’s 36.3 percent hit rate is only marginally better than the 35.7 percent the league has shot as a whole.

For him, the difference between good and great has always been about free throws. Harden led the league in both makes and attempts every single year from 2014-15 to 2019-20, and he’s ranked in the top 10 percent at his position in shooting fouls drawn every year of his career prior to this one.

He’s taken 15 free-throws this season. Coming into the year, he’d attempted at least that many in a single game 116 times.

The sudden lack of freebies is affecting every other aspect of Harden’s game. An absolutely dominant isolation scorer who ranked no worse than the 87th percentile in points per possession on such plays every year from 2017-18 to 2020-21, the nine-time All-Star is currently scoring in isolation at rates below the league average. In a shocking turn that cannot be unrelated, the Nets entered Wednesday’s game ranked 21st in offensive efficiency and, after scoring just 93 points on 85 attempts from the field, are now 27th.

It can’t have been the NBA’s intent for the rule changes to punish Harden so specifically, but it was foreseeable that he’d suffer most. His approach to offense was unique, his ability to capitalize on the way the game used to be called unequaled.

Nobody else suckered defenders so effectively that they actually clasped their hands behind their backs when guarding him.

Josh Hart putting his hands behind his back when defending James Harden😂 https://t.co/uLsgqdFEJ0

Nobody else inspired defensive schemes that looked like photoshops, with opponents literally guarding him from behind.

Copycats and edge-seekers tried to emulate some of his pet moves. Trae Young, Stephen Curry, Chris Paul, Kyle Lowry and loads of other players developed their own foul-baiting tactics. But Harden mastered that very specific skill like no one else, and now that skill is no longer being rewarded. Of course he’s feeling the effects most strongly.

Maybe he’s less explosive, maybe he’s out of shape and maybe his extracurriculars are catching up to him at age 32. But any analysis of his on-court issues is an exercise in overthinking if it doesn’t fixate on his sudden inability to draw fouls.

On one hand, it might seem smart to bet on the guy who figured out such an epic hack of the rule book to find out a workaround for how the game’s officiated now. Harden became a star in part because he was resourceful and willing to try something unconventional. On the other, mastery of one skill doesn’t mean mastery of another is automatically possible.

Since we knocked him earlier, let’s use Duncan Robinson as an example. He’s one of the most accurate three-point shooters ever. Relatively speaking, he’s mastered that skill. If the league did away with the three-point line, nobody would expect him to go back into the lab and develop a dominant post-up game.

If Harden doesn’t find ways to score that don’t revolve around free-throws, it’s not like he’s got a complete game to fall back on.

For years, Harden’s teams have schemed to hide his various weaknesses because of his one exceptional offensive strength. Is the tradeoff even worth it anymore if Harden is now an inefficient scorer? What even is he now? A pass-first point guard?

The Nets entered the season as prohibitive title favorites. Kyrie Irving’s absence made them seem a little more vulnerable. And now, Harden’s inability to play in the manner that made him a superstar has Brooklyn, 2-3 through five games, looking flat-out ordinary.