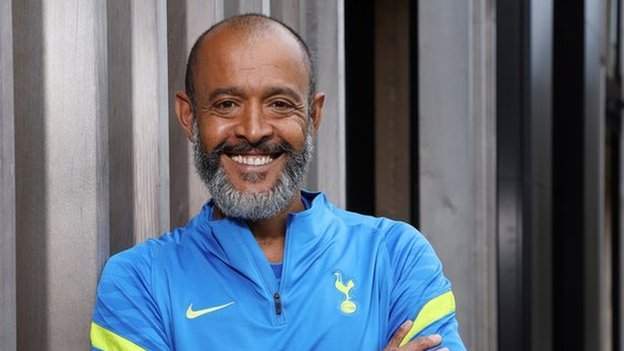 Tottenham fans could be forgiven for feeling a little underwhelmed by the appointment of Nuno Espirito Santo as the club’s new manager.

And then, on Wednesday, Nuno was appointed.

“We should like to thank our supporters for their patience throughout this process,” said chairman Daniel Levy.

It is fair to say they deserve that gratitude.

Spurs had been without a permanent manager since Jose Mourinho was sacked on 19 April.

That’s over 10 weeks to ultimately land on someone whose availability was known on 21 May, and who was heavily linked with Crystal Palace and then Everton – the two other Premier League jobs available throughout the early summer months.

Depending on your viewpoint, Nuno either took a mid-ranking Championship team into a Europa League quarter-final and was well placed to emulate successive seventh-placed finishes until a horrific injury to his star striker, or he benefited from the finances of wealthy owners and the obvious well-placed contacts of his own ‘super’ agent and faltered when he tried to change a restrictive tactical system.

Either way, Tottenham have arrived at a crossroads.

Certainty out of chaos

It doesn’t matter how you spin it – and Tottenham argue strongly they did not make concerted efforts to recruit everyone they were linked with – from the outside looking in, the recruitment process has been haphazard.

Without detailed explanation, we will never know how realistic Pochettino’s return was. Evidently, enough encouragement was offered from both sides for the prospect to be allowed to gather momentum, but Paris St-Germain did not join in.

Levy has been honest about the financial impact of the coronavirus pandemic. Since Pochettino, virtually everyone else linked was available without compensation. Was Pochettino available but at too high a price? Or were PSG not interested in releasing the 49-year-old at any cost?

When Levy spoke in the aftermath of Mourinho’s exit about reconnecting Tottenham with its DNA, Pochettino fitted the template. Conte, the pragmatist, did not. Yet the club felt it was their duty to speak to the Italian, winner of Serie A with Inter Milan last season and the Premier League with Chelsea in 2016-17.

The surprise was it took a number of meetings before it was established the two parties just did not fit, financially or stylistically.

Fonseca thought he had the job and was planning for pre-season. Again, there was a link to what Tottenham view their club to be about – “attacking, entertaining football” as Levy put it. But he was abruptly dumped when Gattuso became available, only for the content of previous interviews to be quickly unearthed, which rendered the Italian impossible for Tottenham to employ.

From all this, Nuno emerged.

“Spurs fans,” said the Portuguese in a short video interview the club released on Wednesday, “I am so happy to be here. My promise to you, we are going to make you proud.”

Tottenham do not just have a new manager. They also have a new sporting director.

Though 1 July was his official start date, Fabio Paratici has been hard at work for a few weeks.

Paratici spent 11 years at Juventus before leaving in the summer. Sources at Juve talk of a popular man, dedicated to his job and extremely talented. They think Tottenham have made a very astute signing.

The 48-year-old has been heavily involved in the recruitment process. He is clearly not afraid to make big decisions, given it was his call to move back from Fonseca at the point where all an agreement required was the signature, although the pursuit of Gattuso was flawed, even if it could be explained away by a lack of knowledge of English culture and sensitivities.

If Levy had any doubts over appointing Nuno, it is Paratici who eased those concerns.

He has been described as urbane, sensible and bright. His extensive experience is seen as a big plus at a time when discontent among the Tottenham supporter base with Levy and executive team is high.

Push the positives, solve the negatives

While Levy has his view of the Tottenham DNA, others have a less charitable version – citing a lack of trophies and soft underbelly as the major characteristics of the club’s recent past.

Anyone who saw Wolves at close quarters would know Nuno is not the kind of person to tolerate the latter.

“Our key points this season are discipline, to work physically hard, and develop our players,” said Paratici in a club interview.

“Nuno is a strong coach and a serious guy. His teams work hard and fight a lot.”

That is well known by Wolves fans. The issue at Tottenham is more to do with perceived negative tactics, which were based around a three-man defence and solid wing-backs, that was at its most effective when playing on the counter-attack.

Sensing this, Paratici has tried to address it.

It was clear towards the end of last season that Nuno had lost some of his spark. A combination of the personal impact of the pandemic on someone whose family largely remained in Portugal, and the difficulties experienced in changing tactical systems in a faltering side made him look tired at times.

But that did not prevent a hero’s welcome before his final game in charge of Wolves, and another huge ovation after the match with Manchester United.

Although his allegiance has changed, it is virtually certain he will get a warm reception when he returns with Tottenham on Sunday, 22 August.

It will be too early at that point to know whether Nuno has had a significant impact, but the Tottenham hierarchy are convinced the Portuguese can bring attractive, winning football to the club.

The fact that game will be played between two European Conference League play-off games underlines the gap that exists between where Tottenham think they should be, and where they actually are.