Nuts & Bolts: Off to Colorado for a must win Game 5

Home /Sports/Nuts & Bolts: Off to Colorado for a must win Game 5 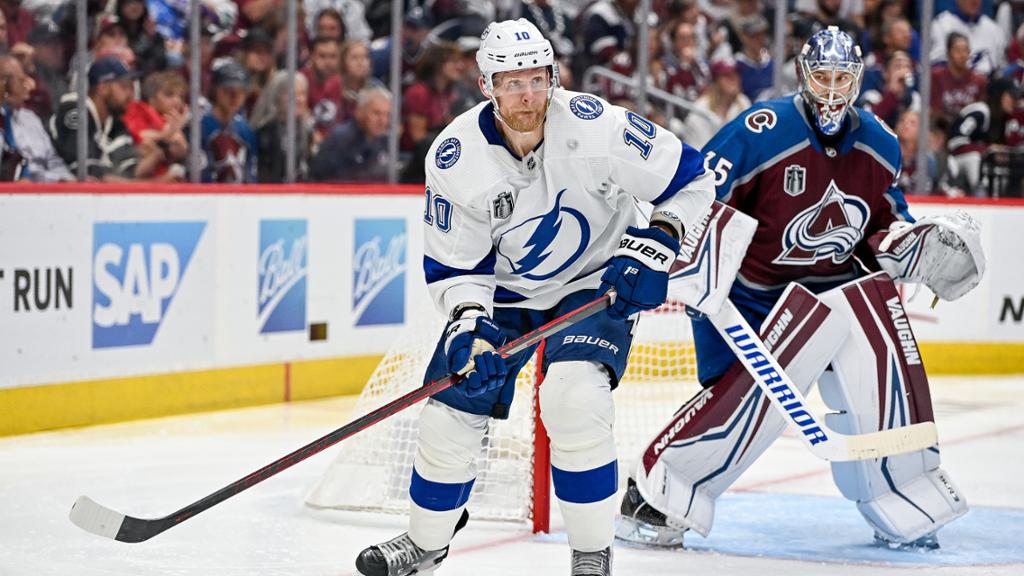 Everything you need to know ahead of the Lightning’s Game 5 matchup against the Avalanche on Friday.

Friday’s Matchup
The Lightning and the Avalanche are playing Game 5 of their best-of-seven 2022 Stanley Cup Final…Tampa Bay is 0-2 in Colorado this postseason and 0-3 in 2021-22 regular season and playoffs combined…The Lightning’s last victory at Ball Arena came Feb. 17, 2020, a 4-3 OT win capped by Nikita Kucherov’s takeaway in the defensive zone and subsequent breakaway goal 3:03 into OT that capped the Bolts’ franchise-record 11-game win streak…Tampa Bay is 17-13 all-time in Game 5s and has won 12 of its last 16 Game 5s…The Lightning are 5-8 all-time in road Game 5s.

Friday’s Storylines
The Lightning face elimination for the third time this postseason and are 2-0 so far in potential elimination games, both coming in the First Round against Toronto, the Bolts rallying from a third-period deficit to defeat the Maple Leafs 4-3 in OT in Game 6 at AMALIE Arena (Brayden Point netted the game- winner at 18:04 of OT) and finishing off the Leafs with a 2-1 win in Game 7 at Scotiabank Arena (Nick Paul scoring both Lightning goals for his first two career playoff goals)…This marks the fourth occasion the Lightning have trailed 3-1 in a best-of-seven playoff series; they’ve come back to win one of those series, falling behind 3-1 to Pittsburgh in the 2011 Eastern Conference Quarterfinal before rallying to win three straight by a combined 13-4, two of the three victories coming in Pittsburgh.