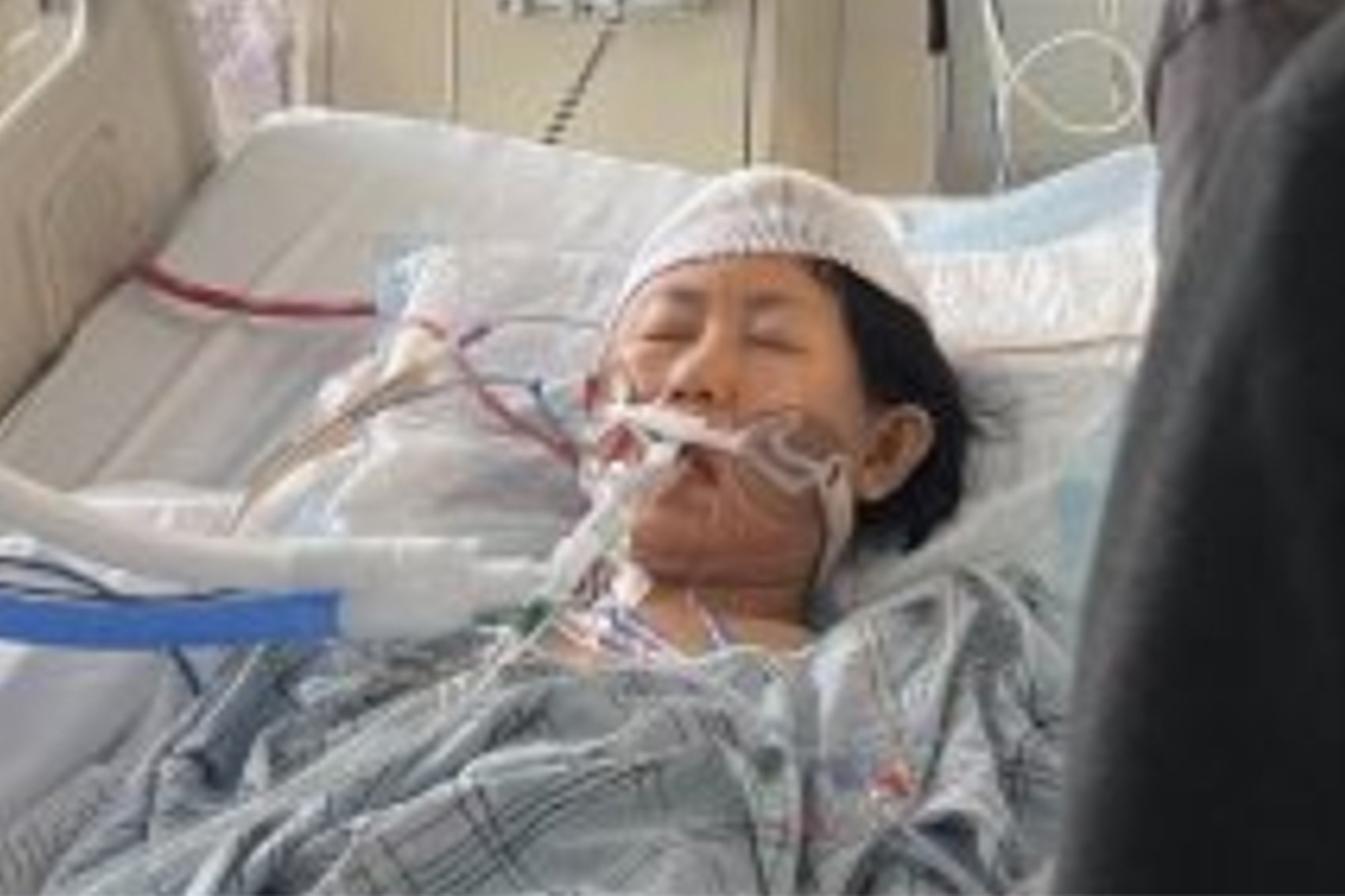 The subway mugging victim who underwent brain surgery over the weekend after plunging down a set of Manhattan subway stairs during the attempted robbery is still unconscious — and doctors fear she may never wake up, her heartbroken family said.

The grim update on 58-year-old Than Htwe’s condition, which was announced Tuesday by her family, came as police are still searching for the brute who left her on the brink of death.

“The doctors told us that the trauma to her head was so severe that she won’t be able to wake up,” the woman’s son, Kyaw Zaw Hein, and husband, Myint Shein, said in a newly created GoFundMe page.

“Eventually all her organs will shut down. We are now just waiting and worrying about what happens next,” the family said.

Hein, 22, was with his mother on their way to her doctor’s office, when they were attacked from behind inside the Q train station at Broadway and Canal at about 9:40 a.m. Saturday.

The two were walking up the stairs at the station when the male suspect grabbed Hein’s bookbag, causing him to fall backwards, police said.

As Hein fell down the stairs, he reached for his mother, who plunged down the steps with him.

Htwe slammed her head on the ground and was left bloodied as the suspect fled back into the subway station in an unknown direction.

Htwe is described by her family as a “kind hearted and respectful” woman who moved to America to give her son a better life.

“All of us are heartbroken and shocked by how the events have turned out,” the family said in the GoFundMe post.

“I just want to tell everyone who’s reading this, to always cherish the moments you have with your mother,” Hein said.

“Tell her ‘I love you’ or giving her a hug and kiss because you never know what will happen,” the son added.