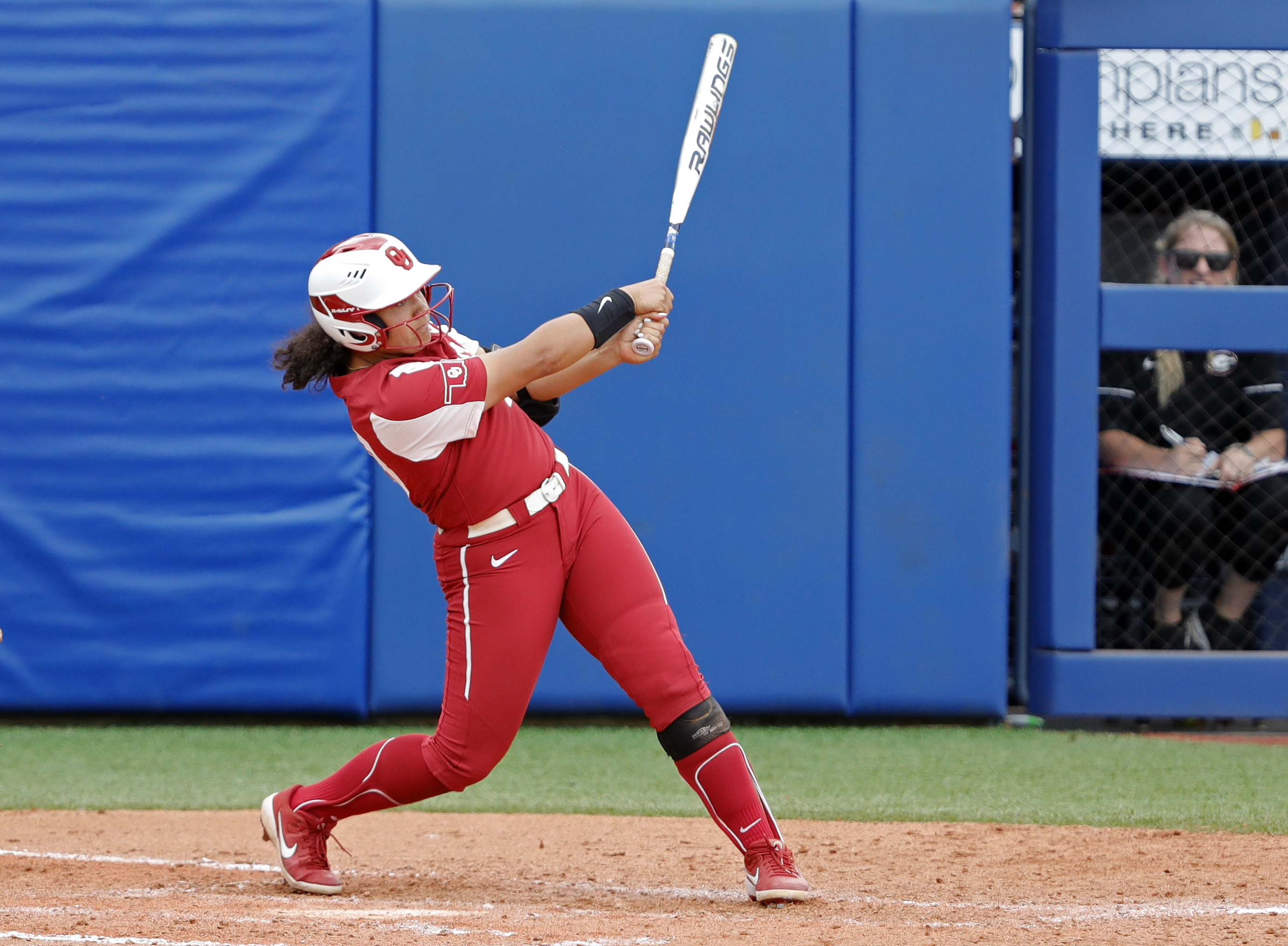 The 2021 Women’s College World Series will go to a decisive third game thanks to Jocelyn Alo’s historic two-run homer Wednesday night that propelled the Oklahoma Sooners to a 6-2 victory over the Florida State Seminoles.

Trailing 2-1 in the top of the sixth inning, Alo sent Kathryn Sandercock’s pitch over the fence in right-center field to give the Sooners their first lead of the game.

Alo had already set Oklahoma’s single-season home run record by a player. The senior star increased her total to 33 with the biggest long ball of her career. She went 3-for-3 with a homer, two RBI and two runs scored in Game 2.

Oklahoma’s first six hitters reached base in the top of the sixth inning. It started with a throwing error by Florida State shortstop Josie Muffley that allowed Tiare Jennings to reach first base.

Sandercock looked to be in complete control of the game going into the sixth. She held the Sooners to just one run on three hits through the first five innings, with 11 of those 15 outs coming on ground balls.

The Sooners got on the board in the top of the third thanks to Jana Johns’ solo homer off Sandercock.

Jana Johns 😤@OU_Softball is on the board!

After the first five Oklahoma players reached in the sixth, Seminoles head coach Lonni Alameda pulled her ace to bring in Caylan Arnold.

The Big 12 champions added another run off Arnold to open up a 5-2 lead. That was more than enough offensive support for Giselle Juarez.

Oklahoma’s starting pitcher settled in nicely after a shaky start. She gave up a single to Sydney Sherrill, followed by a home run to Elizabeth Mason in the bottom of the first.

Florida State only managed to get two singles off Juarez over the final five innings. The Seminoles put more than one runner on base once after the first inning. They finished 4-for-23 at the plate for the game.

By comparison, Florida State won Game 1 on Tuesday by going 11-for-30 with three extra-base hits.

Wednesday’s victory marked the second time this postseason that the Sooners have been able to avoid elimination. They lost their first game of the Women’s College World Series to James Madison but stayed alive by outscoring Georgia and UCLA 18-3 in their next two games.

Oklahoma got revenge against James Madison by sweeping the semifinal to advance to the final.

One more win on Thursday will give the Sooners their first national title since 2017. Florida State will look to rebound from its first loss since the first round of the Women’s College World Series on June 3.

Game 3 between Florida State and Oklahoma will begin at 3 p.m. ET on Thursday.