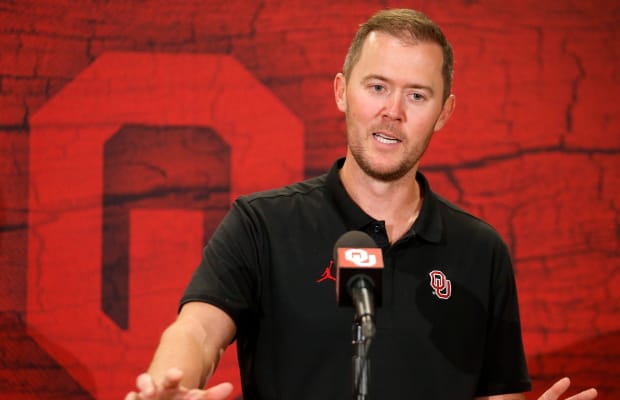 Lincoln Riley has a difficult decision to make regarding Oklahoma’s starting quarterback ahead of Saturday’s matchup with TCU, but it appears freshman Caleb Williams has the edge.

Perhaps we aren’t getting any more information on the quarterback battle before Saturday, but the Oklahoma student paper deserves legitimate props for its insight into Riley’s upcoming decision. The OU Daily reported “Williams outsnapped Rattler 15-7 in the pre-stretching portion of practice,” adding that Williams was “seen primarily scrimmaging with starting receivers Jadon Haselwood, Marvin Mims and Mike Wood.”

It’s not just the information itself that’s notable in the OU Daily‘s report. The paper reportedly obtained the practice information by observing from a public building near the Oklahoma practice field, a practice that was not discouraged, according to the OU Daily. Add the practice intel to Williams’s electric performance in the Red River Showdown against Texas, and it’s likely we see the freshman under center against TCU.

Williams lit up the Longhorns for 211 passing yards and two touchdowns in a 55-48 comeback win last Saturday. He replaced Rattler, who completed 9-16 passes for 112 yards before being benched in the second quarter.

Oklahoma enters Saturday at 6–0 overall and 3–0 in Big 12 play. The Sooners have reached the College Football Playoff three times in the last four seasons.