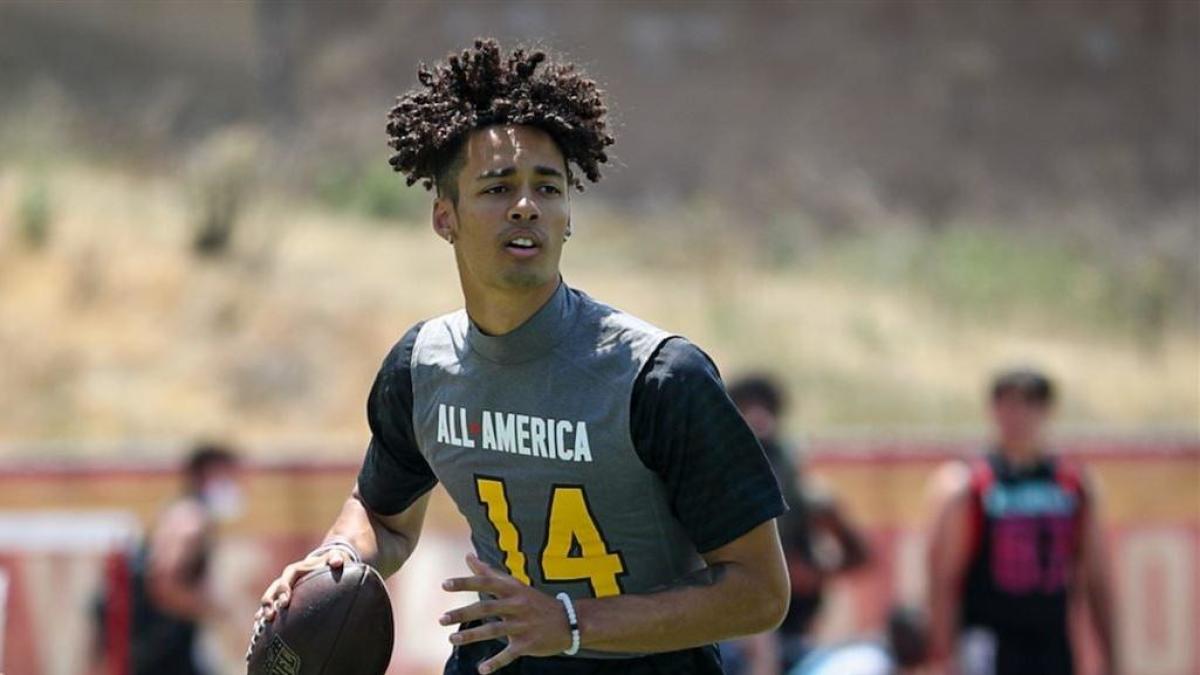 One of college football’s potential future stars made his commitment Sunday on CBS Sports HQ as five-star quarterback Malachi Nelson, one of the top overall prospects in the 2023 class, gave a verbal pledge Oklahoma as part of a big recruiting weekend for Lincoln Riley’s Sooners.

Nelson is ranked as the No. 5 overall prospect in his class by 247Sports and had a list of finalists that included Alabama, Florida State, LSU, Notre Dame, Ohio State and USC.

“I’ve been blessed to be recruited by some of the best universities,” Nelson said on CBS Sports HQ before committing to Oklahoma. “It’s a special place. When I finally got on campus, I felt really comfortable with the staff. It felt right.”

Nelson is the second commit for Oklahoma’s 2023 class. One day before Nelson’s verbal, the Sooners picked up another blue-chip recruit in four-star athlete Treyaun Webb.

The only quarterback ranked ahead of Nelson in the Class of 2023 by 247Sports is Arch Manning. Nelson is lauded for his athleticism but is clearly a passing talent as he completed 73.9% of his passes for 23 touchdowns and just four interceptions during a six-game spring season at Los Alamitos High School in California this year.

At 6-foot-3 and 180 pounds, Nelson is still wiry but has two more seasons of high school football to develop before he reports to college. Nelson drew a comparison to Justin Fields from 247Sports National Recruiting Analyst Gabe Brooks, who wrote the following scouting report.

Nelson has all the physical tools you could want in a next level signal caller. At 6-3, 180 pounds, he has an athletic body with plenty of room to grow pack on good weight. He’s a very fluid athlete in everything he does. He has a smooth, effortless release and the ball jumps out of his hand. He has a downfield arm, is accurate to all three levels of the field and can throw with touch and change speeds. He’s a mature quarterback and already shows a high football IQ in terms of his decision making and how well he processes the position. He’s a plus-athlete for a quarterback as well and shows the ability to extend plays and get out and pick up yards in the running game. He made a big jump this off-season and needs to show he can put it together with the pads on as a sophomore but no quarterback in the class has a higher ceiling right now then Nelson.