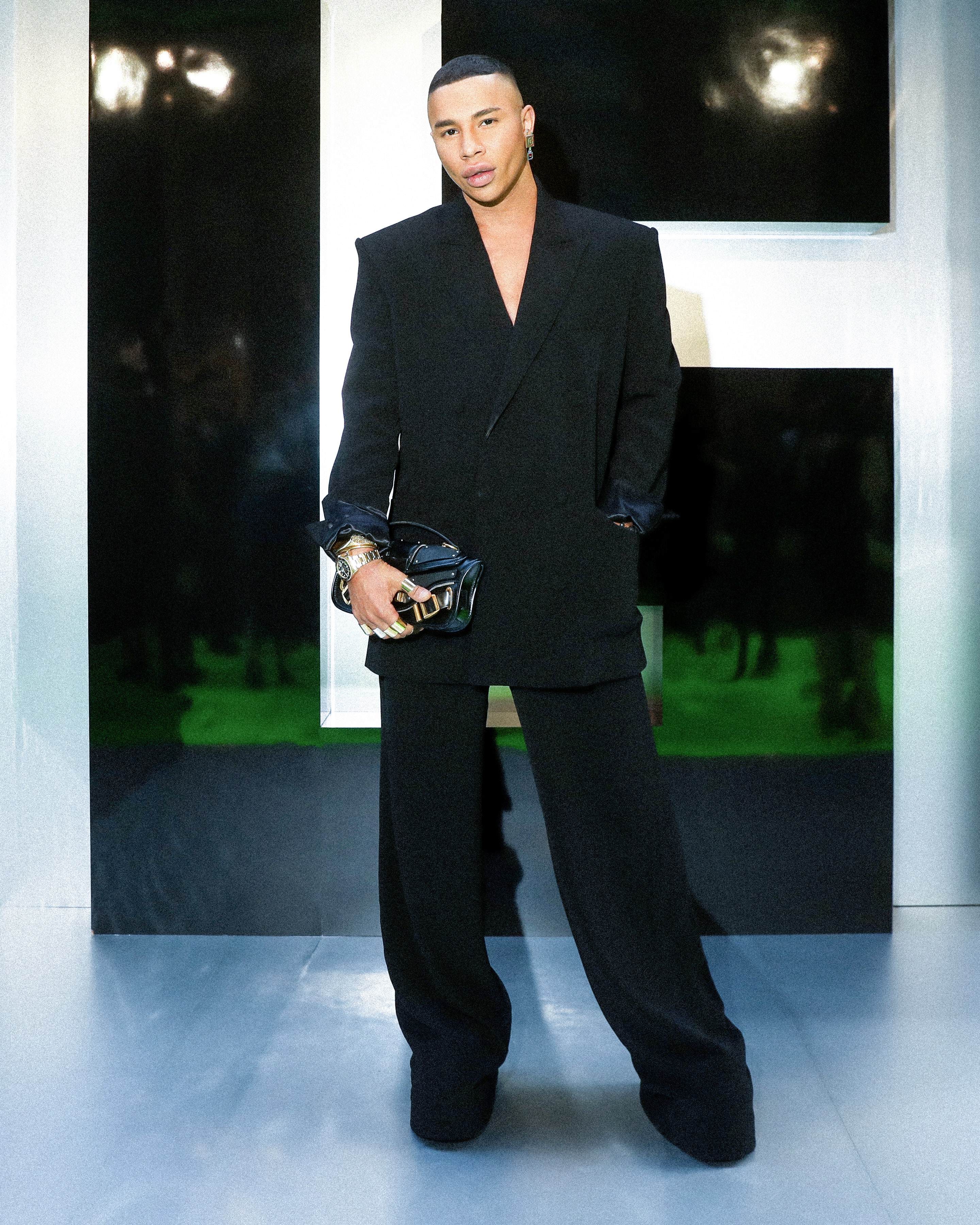 During his decade at the helm of Balmain, Olivier Rousteing pioneered a singular aesthetic that transformed the 77-year-old house. His collections combine a uniquely French, haute couture sensibility with a distinctly global, youthful provocation. The resulting garments are intricate and structured while remaining sexy and irreverent.

On Wednesday night, Rousteing returned to New York for the first time since before the pandemic. The welcome party was, well, very Balmain.

Outside the Madison Avenue flagship—a marble colossus intended, he explained, to combine an “hôtel particulier” with “the grittiness” of Manhattan—the designer observed the scene from a neon painted sidewalk. Inside, the music blared.

“New York is the city of dreams,” he says, a cigarette between ringed fingers. “To me, it is all about internationalism.”

A dazzling assortment of editors, artists, and models drank and danced. As waiters with trays pushed through the crowded room, the pandemic that kept Rousteing and so many others away from the city felt like a distant memory.

Despite the nostalgic thrill, the future, not the past, remains Rousteing’s focus. The festivities also toasted the launch of Balmain’s “Non Fungible Thread,” created in partnership with MintNFT— further expanding the brand’s reach.