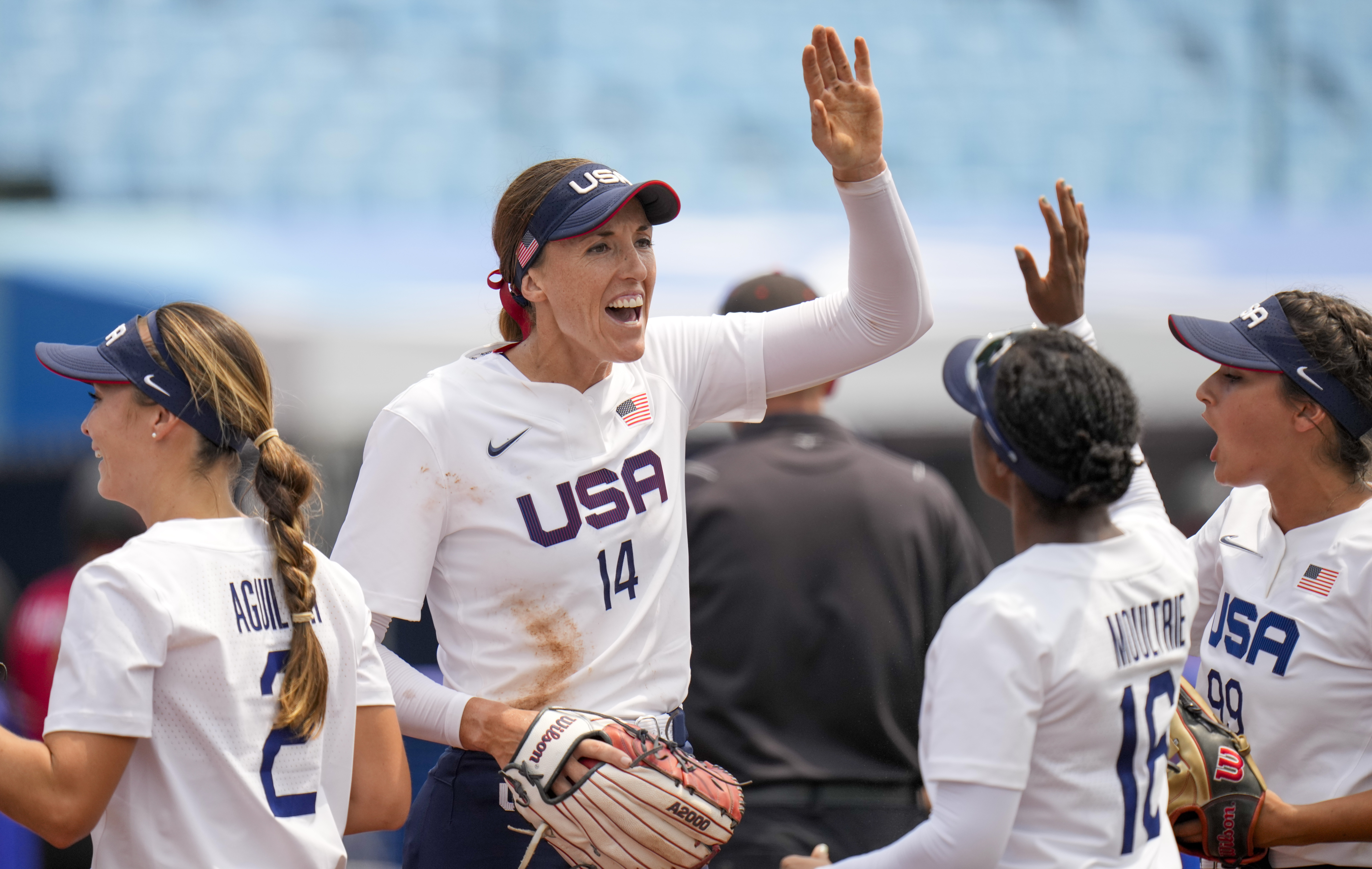 Softball returned to the Olympics for the first time since 2008 as the United States national team won its first two games in Tokyo.

A year after the 2020 games were slated to begin, the Americans finally took the field at Fukushima Azuma Baseball Stadium and promptly defeated Italy, 2-0, before picking up a 1-0 victory over Canada a few hours later.

This year’s Olympic tournament will feature six countries playing a round-robin format with the top two teams advancing to the gold medal game while the Nos. 3 and 4 seeds compete for bronze.

Here’s a glance at the action on Day 1.

The host country kicked things off with an 8-1 walloping over Australia. Japan used home runs from Minori Naito, Yamato Fujita and Yu Yamamoto as it scored one in the first inning, two in the third, three in the fourth and two more in the fifth to close things out.

After playing to a 1-1 tie after two innings, Japan quickly overpowered its opponent as Yukiko Ueno picked up the win over Kaia Parnaby.

The Americans got to work against Italy next, breaking through with runs in the fourth and fifth inning. It turns out that was all the U.S. needed.

Cat Osterman, who came out of retirement at age 38 to rejoin the national team, pitched a gem over six innings, giving up one hit while striking out nine. Monica Abbott picked up the save in the seventh inning by striking out the side.

While Canada was able to muscle its way past Mexico, it couldn’t do much of anything against the U.S. in the second game.

.@monicaabbott with a strikeout to end the first inning ⚡️@TeamUSA x #TokyoOlympics

.@TeamUSA is on the board!

Still warm from her save against Italy, Abbott returned to the bump and tossed a complete game with nine strikeouts, three walks and one hit allowed over seven innings. Every pitch was crucial as the Americans remained locked in a scoreless battle through five innings.

USA finally got a go-ahead run in the top of the fifth when Amanda Chidester singled to right field, scoring Haylie McCleney from second with two outs. The inning nearly became a disaster for Canada as the U.S. loaded the bases only for Bubba Nickles to strike out looking.

WHAT a play.@TeamUSA x #TokyoOlympics

A HUGE play at the plate helps @USASoftball hang onto their slim lead. #TokyoOlympics

Still, the Americans held on for a second win as Abbott continues her strong showing in Tokyo.