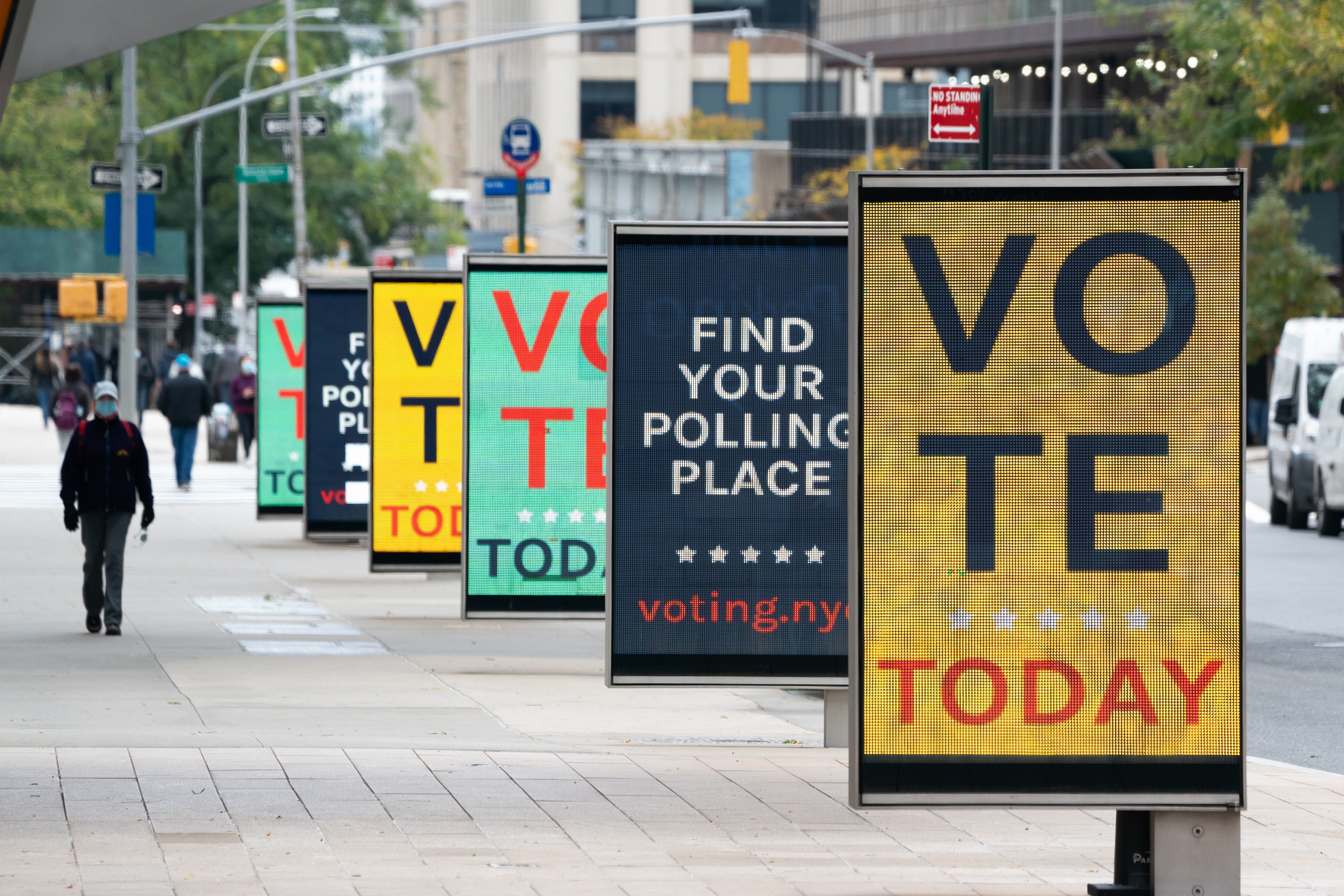 Noncitizen voting is not new, but it is a new frontier in
the fight for democracy. Spurred by advocates, a progressive City Council in
New York City passed a law to allow green card holders and immigrants with work
authorization to vote in the city’s elections. That means New Yorkers who are
living and working with permission of the federal government can vote for the
three citywide offices—the mayor, comptroller, and public advocate—as
well as their City Council member. Republicans in New York have now filed a
lawsuit demanding that the law be struck down under the New York State
Constitution, while conservatives nationwide are sounding the alarm. At a time
when Republican-controlled state legislatures are making it harder for citizens
to vote and Democrats struggle to pass national legislation to make it easier
and protect people of color from discrimination, New York City is now a battleground for the direction of a rapidly diversifying country. And it
matters.

New York is not the first municipality to adopt noncitizen
voting, but it is the largest. In fact, New York City is so large, if it were a
state it would be the twelfth largest in the nation, just behind
New Jersey and ahead of Virginia. The law will make over 800,000 New Yorkers
eligible to vote—residents who, as taxpayers and workers, previously had little say over
issues from their children’s education to their garbage collection or any of the
problems that need fixing. New York City is also a trendsetter. Just look at universal
pre-kindergarten and its prominence in President Biden’s Build It Back Better package.
New York instituted universal pre-K in 2015.

It is critical that the Senate take up the two House-approved
federal voting rights bills: the Freedom to Vote Act to protect mail-in and
absentee balloting, and the John Lewis Voting Rights Advancement Act, which restores
long-standing civil rights protections in states with histories of
discriminating against Black voters in the South. Noncitizen voting in local
elections will not advance these critical democratic protections. Nor does New
York City’s law have a bearing on state or federal elections, only city
elections.

Noncitizen voting is a proactive step to expand voting for
residents whom the political right has been vilifying, without evidence, as
fraudulent voters. Donald Trump lied about “millions” of immigrants unlawfully voting in
2016 as the explanation for Hillary Clinton’s substantial popular vote victory. As president, he created the witch hunt of an advisory commission to find this voter fraud, which crashed and burned in less than a year. But as we witnessed
on January 6 of last year, the right’s Big Lie of voter fraud that Trump
spent years championing has been adopted by as much as a third of the nation, which also believes
violence may be justified. Trump’s speech that day was laced with xenophobia.
He said, “Our country has been under siege
for a long time.… You’re the real people. You’re the people that built this
nation.”

The beginnings of an antidote, in addition to protecting our
lawful right to vote, particularly in communities of color, is also to expand
who we see as “us,” as part of our communities, as having a right to identify
our problems and shape our solutions by selecting who leads us.

Moreover, it would probably surprise most people to learn
that it’s an old tradition with a long history in this country of what was once
called “alien suffrage.” Between 1776 and 1926, 40 states and territories allowed noncitizens
to vote in state, local, and even some federal elections. It was considered good
policy to attract foreign workers, specifically white men, to labor in the
frontier. Even the Confederacy, which at first feared alien suffrage would
swell the ranks of abolitionist immigrants, succumbed to immigrant voting to
attract workers after the Civil War.

So what changed? Immigration skyrocketed in the late 1800s, from places like Central Europe and Asia—people not considered white and who experienced the discrimination that comes with
the racist view of unfounded inferiority. Xenophobia at the end of World War I
became the death knell for the last remaining alien suffrage laws.

President Biden’s speech in Atlanta made a powerful and
devastatingly true statement about what he called “Jim Crow 2.0”: “It’s no
longer about who gets to vote; it’s about making it harder to vote.” Preventing
this has to be a central part of the fight for democracy. But “Jim Crow” also
included subjecting immigrants not considered white to varying degrees of
exclusion and segregation. And today it is one of the significant drivers of
the dialogue around who belongs and who doesn’t and, therefore, who should
have a say in this country and who shouldn’t. Expanding the debate and the very
practice of voting where we can is necessary. Noncitizen voting is one
way to help “spread the faith.”

Rosa DeLauro Hasn’t Given Up on the Democratic Agenda
Are School-Closure Moms the New Soccer Moms?