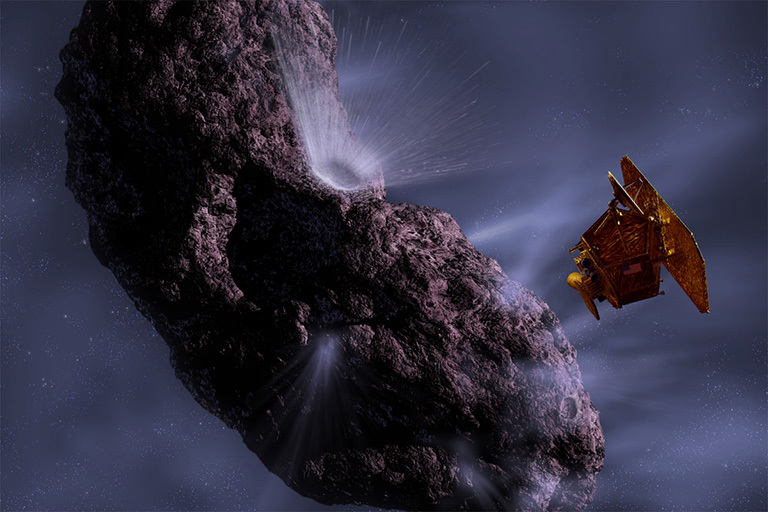 Two spacecraft were launched together for this mission: one was a flyby vehicle about the size of a Volkswagen Beetle, and the other was an impactor the size of a coffee table.

The mission would study the comet’s interior by smashing into its surface and taking pictures of the impact crater and all the dust and dirt it kicked into space.

Deep Impact launched from Cape Canaveral on a Delta II rocket and spent nearly six months chasing down the comet before the crash.

Hanneke Weitering is an editor at Space.com with 10 years of experience in science journalism. She has previously written for Scholastic Classroom Magazines, MedPage Today and The Joint Institute for Computational Sciences at Oak Ridge National Laboratory. After studying physics at the University of Tennessee in her hometown of Knoxville, she earned her graduate degree in Science, Health and Environmental Reporting (SHERP) from New York University. Hanneke joined the Space.com team in 2016 as a staff writer and producer, covering topics including spaceflight and astronomy. She currently lives in Seattle, home of the Space Needle, with her cat and two snakes. In her spare time Hanneke anjoys exploring the Rocky Mountains, basking in nature and looking for dark skies to gaze at the cosmos.