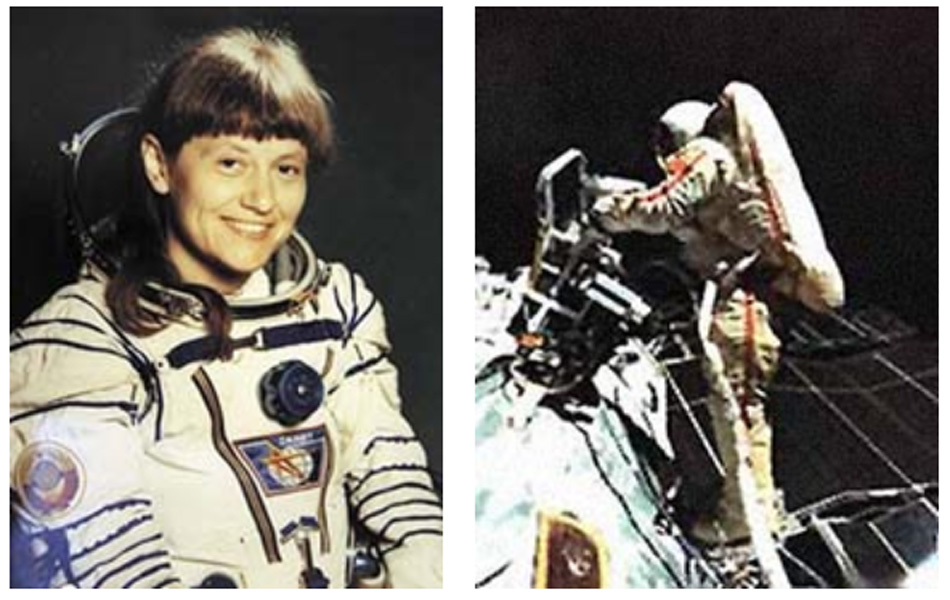 On July 25, 1984, the Russian cosmonaut Svetlana Savitskaya became the first woman to embark on a spacewalk, also known as an extravehicular activity (EVA).

She spent three hours and 35 minutes doing welding experiments outside Russia’s Salyut 7 space station with her colleague Vladimir Dzhanibekov. They were cutting and welding metal and testing out new tools.

During this mission, she also became the first woman to return to space for a second mission.