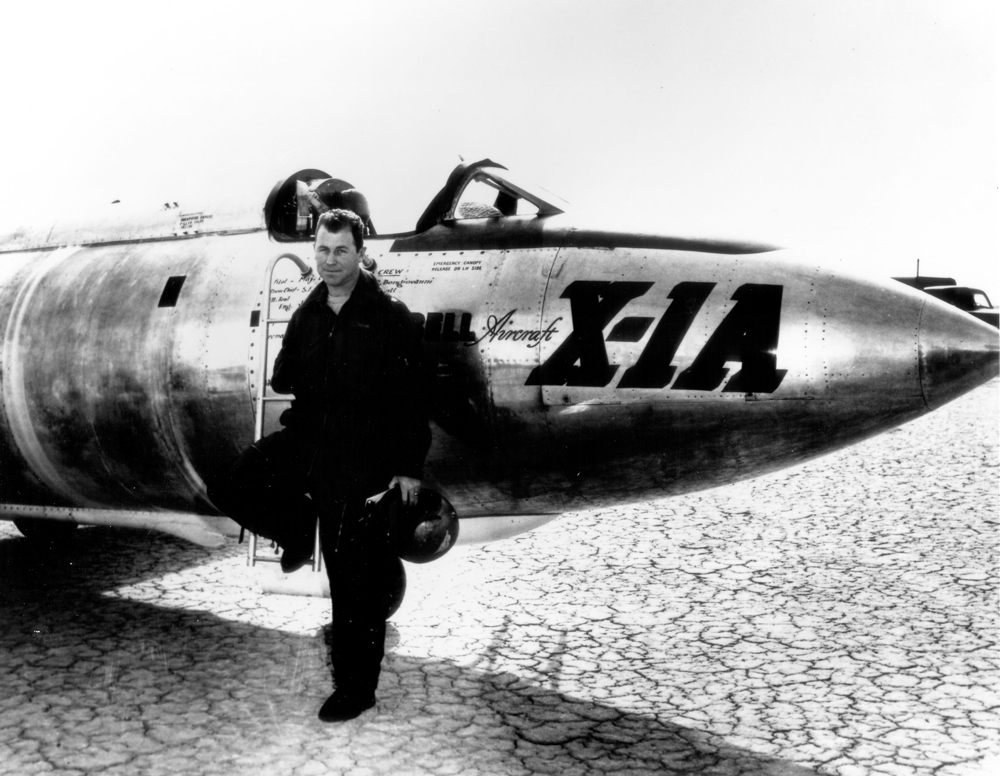 During this flight, pilot Robert Champine tested the aircraft’s stability, control and handling at transonic speeds. He even managed to pull a few stunts, like pull-ups and rolls.

There were 157 flights in total for the XS-1. These provided data for future US fighter designs as well as spacecraft designs.

Catch up on our entire “On This Day In Space” series on YouTube with this playlist (opens in new tab).

Hanneke Weitering is an editor at Space.com with 10 years of experience in science journalism. She has previously written for Scholastic Classroom Magazines, MedPage Today and The Joint Institute for Computational Sciences at Oak Ridge National Laboratory. After studying physics at the University of Tennessee in her hometown of Knoxville, she earned her graduate degree in Science, Health and Environmental Reporting (SHERP) from New York University. Hanneke joined the Space.com team in 2016 as a staff writer and producer, covering topics including spaceflight and astronomy. She currently lives in Seattle, home of the Space Needle, with her cat and two snakes. In her spare time, Hanneke enjoys exploring the Rocky Mountains, basking in nature and looking for dark skies to gaze at the cosmos.