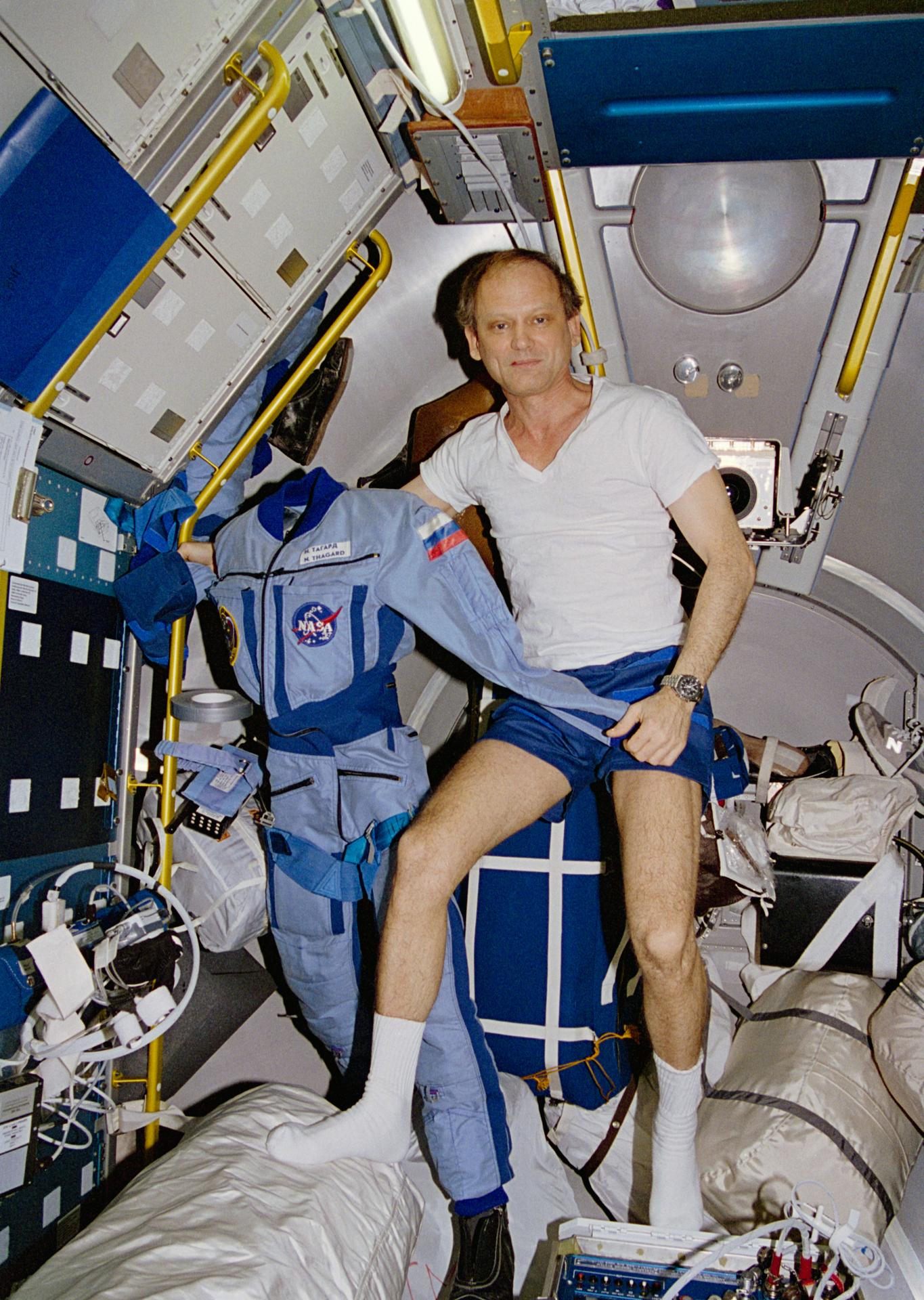 On June 6, 1995, American astronaut Norman Thagard broke NASA’s space endurance record at the time of 84 days, 1 hour and 16 minutes while aboard the Russian space station Mir.

Thagard, a veteran of four shuttle flights, was considered the first American cosmonaut and the first American to ride to space aboard a Russian vehicle. He launched aboard a Soyuz TM-21 spacecraft to the Russian Mir-18 on March 18, 1995, and landed on NASA’s shuttle Atlantis on July 7th of that year. He ultimately spent 115 days in space on the flight.

The current single-mission space endurance record is held by Valery Polyakov at 437.7 days.