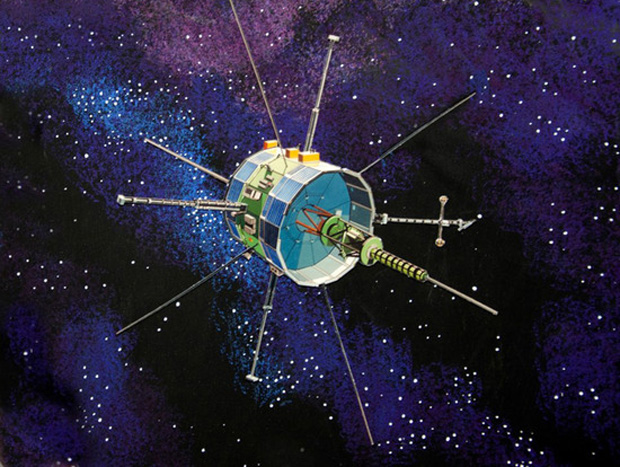 On Sept. 11, 1985, the International Cometary Explorer, or “ICE” became the first spacecraft to fly by a comet.

The program’s purpose was to study space weather, or the interaction between the Earth’s magnetic field and the solar wind. After completing its original mission, the spacecraft did a maneuver to steer it toward Comet Giacobini-Zinner. It flew straight through the comet’s plasma tail, but it didn’t stop there! Six months later, it flew by Halley’s Comet, too.