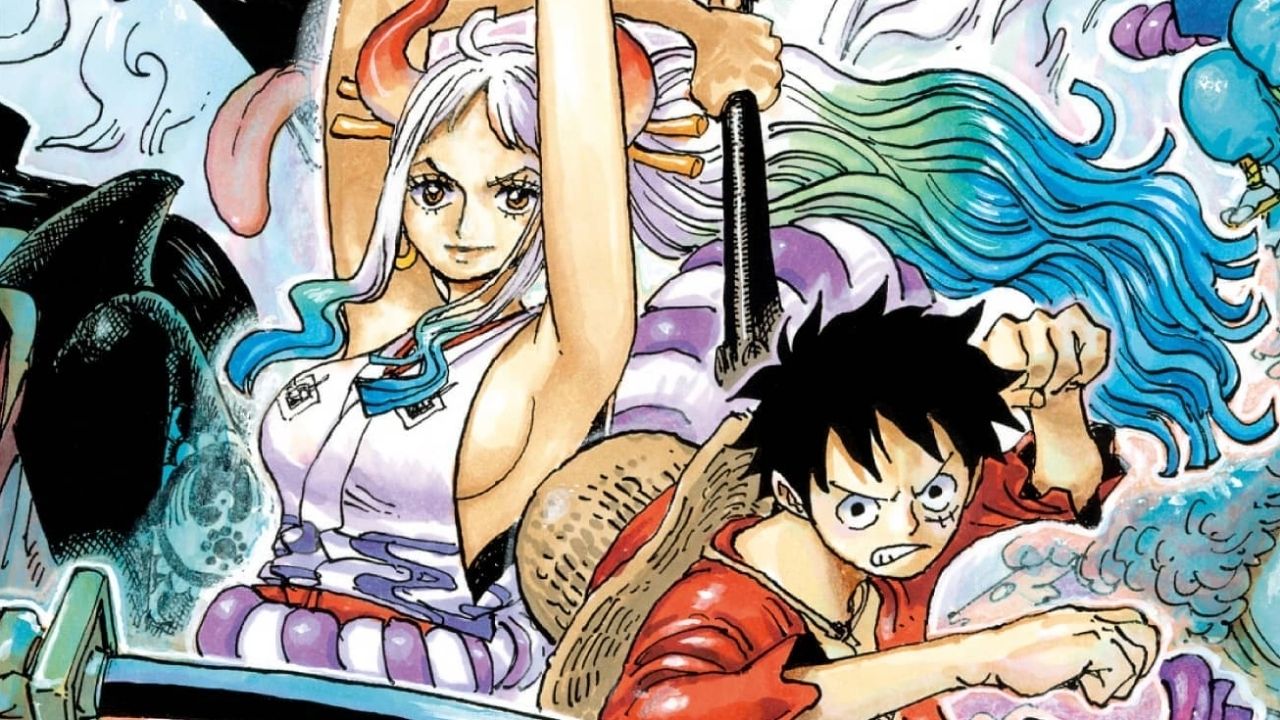 One Piece chapter 1025, titled “Twin Dragons,” was released on Sunday.

So far, although we got a glimpse of Momonosuke in his dragon form, we have not seen his human form after he aged. Since Shinobu was crying, I’m pretty sure Momonosuke is the caricature of his father, Kozuki Oden.

In the latest chapter, Yamato was being overpowered by Kaido. Then as we all expected, Luffy finally joined the battle just in time. Not just that, Momonosuke established his presence as a dragon that can even rival Kaido.

Therefore, let’s discuss the release date, scans, and other details for chapter 1026. Stick around for more updates on One Piece.

Chapter 1026 of the One Piece manga will be released on Sunday, Sep 26, 2021. The chapter title has not been leaked yet.

One Piece manga is published under Shonen Jump magazine, which is a weekly magazine that comes out every Sunday.

I. Is One Piece on Break This Week?

Yes, One Piece manga is on a break this week. The series will continue in the Weekly Shonen Jump after the break.

From the events that occurred in chapter 1025, I think it is safe to assume that for the time being, it is going to be a three vs. one fight against Kaido.

Luffy and Yamato will definitely be the key factors that will help achieve victory against Kaido.

Yet, I don’t think we should ignore Momonosuke. The only reason why he could be a liability is that he still does not know how to use his devil fruit powers.

I’m sure he will have a significant role in this decisive battle, yet no one else except Luffy will be giving the finishing blow.

Raw scans for Chapter 1026 of the One Piece manga have not yet been released.

These scans usually surface on the internet 2-3 days before Sunday’s weekly release day. The scans will probably be released by September 24, so be sure to check back.

Chapter 1025, titled “Twin Dragons,” starts with Luffy forcing Momonosuke to fly all the way to the roof where Kaido is currently present.

He mentions that Kaido will destroy everything and take everyone out if they don’t get there soon enough.

Since Momonosuke just aged into an adult using Shinobu’s devil fruit powers, he still does not know how to control his dragon form.

To make things even worse, he is scared of heights, yet he is flying. Due to his acrophobia, he is flying with his eyes closed, crashing into whatever comes his way.

As he unknowingly proceeds to the roof, he goes through multiple floors of Kaido’s castle and puts everyone under the impression that Kaido is going on a rampage.

They then realize that it is not Kaido as the color of the dragon is different.

Momonosuke finally opens his eyes and regains a bit of control. They finally see Kaido on the roof, and Luffy tells him to crash land there.

Meanwhile, Kaido and Yamato are battling it out, and Kaido keeps telling Yamato that the samurais would never accept her no matter what she does since she is his offspring.

He tries to get her to back down, but she is not ready to give in. Yamato prepares to deal him with one of her powerful attacks.

Unknowingly she syncs her attack with Luffy’s Jet Culverin, and they both damage Kaido.

Luffy thanks Yamato for holding Kaido back, but she is in shock to see Luffy riding a dragon.

The episode ends with Kaido taken aback as Luffy is not dead, and he tells Momonosuke that the world does not need two dragons.

5. Where To Read One Piece?

You can read One Piece online through the following links. We recommend you buy the volumes instead of using pirate websites.

One Piece is a Japanese manga series written and illustrated by Eiichiro Oda. It has been serialized in Shueisha’s Weekly Shōnen Jump magazine since July 22, 1997.

The man who had acquired everything in this world, the Pirate King, is Gol D. Roger. The final words he said at the execution tower were “My treasures? If you want it, I’ll let you have it. Look for it; I left all of it at that place.” These words sent many to the seas, chasing their dreams, headed toward the Grand Line, in search of One Piece. Thus began a new age!

Seeking to be the greatest pirate in the world, young Monkey D. Luffy also heads toward the Grand Line in search of One Piece. His diverse crew is joining him along the way, consisting of a swordsman, marksman, navigator, cook, doctor, archaeologist, and cyborg-shipwright, this will be one memorable adventure.