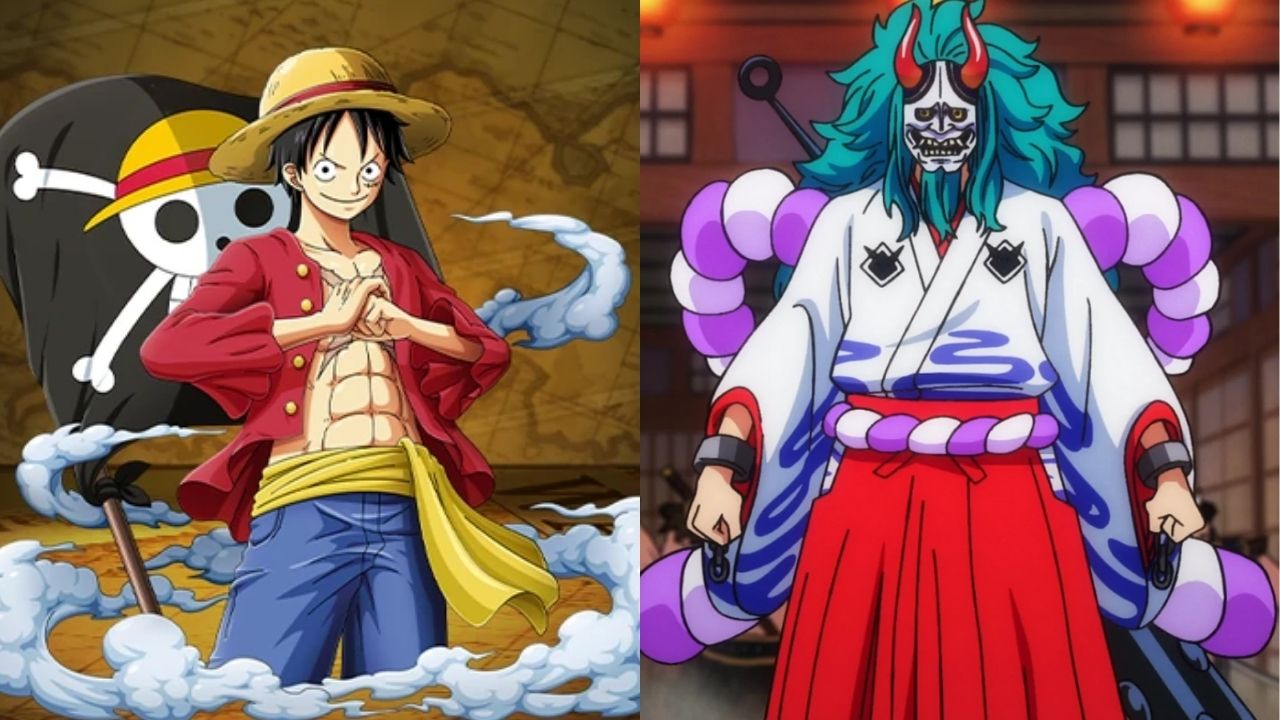 One Piece Episode 991, titled “Enemy or Ally? Luffy and Yamato!” aired this week.

Last, we saw that Luffy hashed it out with Ulti, who acknowledged him as a strong opponent due to his Haki.

Obviously, pirates can’t play fair, so Ulti and Page One ganged up on Luffy to take him down. We finally saw Yamato making his appearance and rescue Luffy from a sticky situation.

In the latest episode, Yamato revealed himself to be Kaido’s son. We also saw that Perospero made it to Onigashima even though Marco attacked their ship. To make things even more exciting, Chopper and Usopp held their own against Big Mom.

We bring you updates on One Piece.

One Piece Episode 992 is titled “Desire to be Oden! Yamato’s Dream!

I guess it’s not surprising to see Yamato hold his own against Luffy since, after all, he is Kaido’s son.

Yamato claims that he wants to talk things out with Luffy. It would be amazing to have such a strong ally on Luffy’s side if that is true.

Especially from the title of the next episode, we can almost be sure that Yamato is going to help Luffy against Kaido.

I just hope Luffy has the presence of mind to hear Yamato out and give him a chance.

1. Is One Piece on Break This Week?

No, One Piece is not on break this week. Episode 992 is set to air as scheduled. No delay has been announced.

Episode 991, titled “Enemy or Ally? Luffy and Yamato!” starts with Perospero making it to Onigashima even though his ship was attacked twice.

King and Marco both did not let Big Mom’s ship make it through the waterfall. He has come with the intention to stop the alliance between Kaido and Big Mom and also to take revenge on Luffy.

After giving it their all against Big Mom, Usopp and Copper resort to running away from her. Fortunately, they did buy the Samurais enough time by stalling her.

Big Mom eventually catches up to them, and as she is about to attack them, Prometheus tells her that Zeus is with Nami.

Big Mom, who holds a grudge against Nami for stealing Zeus from him, ignores Usopp and Chopper and heads towards their direction.

Nami and the others immediately start fleeing because they know that they have no chance against Big Mom.

Elsewhere, Yamato is carrying Luffy and escaping with him. Luffy tells him to put him down since he has no time to waste.

Yamato states that he just wants to talk to Luffy as he has been waiting for this moment. Nonetheless, Luffy gets hostile with Yamato and escapes from her hold.

Meanwhile, Ulti and Page One regain their consciousness after being attacked by Luffy and Yamato.

Kaido’s men tell them that Luffy and Yamato have halted and are almost getting into a physical confrontation.

Luffy attacks Yamato to get through, but Yamato holds his own. Yamato deals with every attack that Luffy throws his way.

Luffy gives Yamato five seconds to say what he wants before he decides to end the matter.

The episode ends with Yamato stating that fighting with Luffy reminds him of fighting with a particular man, who turns out to be Ace.

One Piece is a Japanese manga series written and illustrated by Eiichiro Oda. It has been serialized in Shueisha’s Weekly Shōnen Jump magazine since July 22, 1997.

The man who had acquired everything in this world, the Pirate King, is Gol D. Roger. The final words he said at the execution tower were “My treasures? If you want it, I’ll let you have it. Look for it; I left all of it at that place.” These words sent many to the seas, chasing their dreams, headed toward the Grand Line, in search of One Piece. Thus began a new age!

Seeking to be the greatest pirate in the world, young Monkey D. Luffy also heads toward the Grand Line in search of One Piece. His diverse crew is joining him along the way, consisting of a swordsman, marksman, navigator, cook, doctor, archaeologist, and cyborg-shipwright, this will be one memorable adventure.