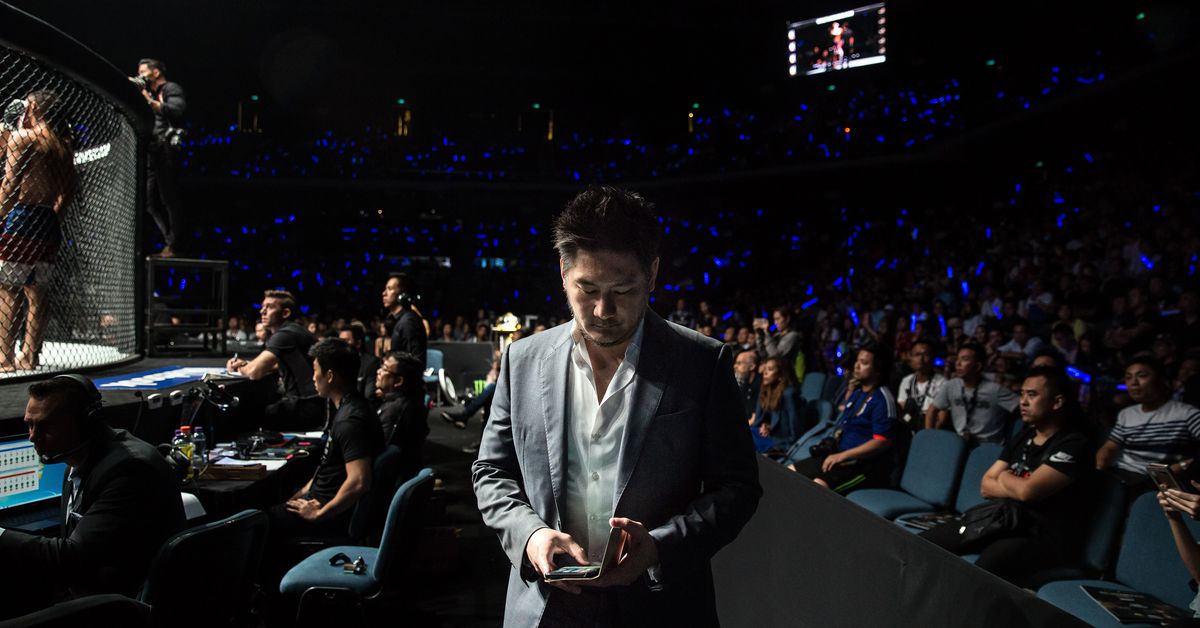 If you buy something from an SB Nation link, Vox Media may earn a commission. See our ethics statement.

0For the past few years, Bloody Elbow has been following the finances of Group One Holdings Pte. Ltd., the company that does business under the name of ONE Championship. During that time, the company has consistently made bold statements about its current status and confident projections about its future, while raising hundreds of millions from major institutional investors. These have not lived up to scrutiny as financial statements filed with Singapore’s Accounting and Corporate Regulatory Authority of Singapore (very similar to the US Security and Exchange Commission) have revealed massive losses over this period in the hundreds of millions.

Their most recent annual financial statement though, which is now making the rounds with investors and which I have come into possession of, shows something very different for the company: a surprising $341 million in profit. This change in fortunes is for the Company only, which is exclusively made up of ONE Championship. The Group, which includes ONE Championship and its many subsidiaries, such as One China, One India, One Esports and One Warriors, still shows a huge loss of $47.6 million for the year.

These new annual financial statements are for the year ending December 31, 2020 and were signed on June 25, 2021 by two company directors, Chatri Trisiripisal (Sityodtong) and Teh Hua Fung, as well the public accounting firm Ernst & Young.

For this most recent statement, all amounts were in US dollars instead of Singapore dollars, which they had used previous annual financial statements.

After years of reporting heavy losses — with the previous filing showing losses of almost $100 million in 2019 alone and accumulated losses of $230 million as of December 31, 2019 — this most recent filing shows the Group again reporting negative cash flow with losses of $48 million for 2020.

The Company, as mentioned above, shows something completely different. They report a profit of $341 million last year.

Group One Holdings Statement of Income

These profits for the Company were the result of the transaction with one of their new subsidiaries, One Championship, Inc. which was incorporated in Delaware back on August 15, 2019. According to their 2020 financial statements “[d]uring the financial year, the Company has sold its intellectual property rights relating to the combat sports and martial arts business in the United States to One Championship, Inc for a consideration of US$400,000,000, of which US$200,000,000 being settled by way of shares in One Championship, inc and US$200,000,000 by way of cash.”

The statement also reported that as of December 31, 2020, the $200,000,000 was still due from the subsidiary. While both the cash and the valuation of the shares was reported as revenue by for the Company, it was not included with revenues for the Group.

To clarify for those who may be confused: sometime last year, ONE (Group) sold the intellectual property rights for their combat sports product to their own ONE subsidiary in Delaware. The price for these IP rights was shares they deemed to be worth $200 million, and another $200 million in cash that remain unpaid.

How they came to determine the fair value of the intellectual property rights or the fair value of their Delaware corporation, especially seeing as how they are being traded between related parties, is not revealed in the filing. Nor does it give any details as to how they will be paying the outstanding cash.

Without this $400 million transaction, the Company would have reported a loss of $59 million.

Thanks to the COVID-19 pandemic, ONE Championship was forced to cancel many of their events in 2020. This lead to steep decline in their ticket revenue, with the Group seeing a decrease from $1.7 million in 2019 down to a little over $100,000 last year. Sponsorship also reported a decline, dropping almost 30% from the previous year.

While live event revenues may have been down, broadcasting, digital platform, and merchandise all saw increases last year. The biggest increase was reserved for other incomes, where the Company reported $410 million in revenue, $400 million of which, as mentioned above, was from the sale of the IP rights. For the Group, revenues for “other incomes” were only $9 million.

The COVID-19 pandemic led to at least seven event cancellations by ONE Championship in 2020 and a decrease from 39 events held in 2019 to only 26 total last year. This decrease in events lead to a dramatic decrease in event production expenses and overseas business travel expenses.

Event production, which would include most fighter expenses, fell from $8.8 million in 2019 to $2.9 in 2020. The average cost per event also fell. In 2019, it cost ONE $225,000 on average per event. In 2020, it was half this amount, with the average event cost being only $113,000. To save money and navigate through COVID restrictions, ONE also employed a strategy of filming several fights, then airing them separately as multiple events on tape delay.

Overseas business travel and consulting fees also saw dramatic decreases. Business travel fell by almost 80% from the previous year, while consultancy fees were eliminated completely, a savings for the Group of over $1 million.

For a comparison: according to a Company Overview that was unsealed as part of the current class action lawsuit, the UFC spent $40 million on marketing in 2014, or 9% of their revenue and 11% of their total expenditures that year.

Composition of the Group

As mentioned above, One Championship, Inc., on paper, made a $400,000,000 purchase of the Group One Holdings IP rights for combat sports.

The Company also reported that in March of 2020, the Group paid US$2,449 in cash to acquired an additional 51% interesting One Championship Ltd based in Thailand. This now gave the Company 100% ownership over the subsidiary.

The pandemic has led to a decrease in sales for some of the subsidiaries, with both One Esports and One Championship Ltd. reporting lower revenues. They also reported lower costs and the total losses for the two subsidiaries combined decreased by 30%.

ONE Championship’s recent filings also revealed a change in Company officers, an apparent move to the Cayman Islands, and legal action taken against a former employee.

According to August 5 filing with ACRA Senior Vice President of Finances, Wei Jin Soh, has been replaced with Chief Financial Officer Jesley Chua.

On August 6, the United States Security and Exchange Commission posted that the Group One Holdings had incorporated in the Cayman Islands and were being regulated by the SEC, a move that suggests they were preparing for an IPO or SPAC. If Group One Holdings has redomiciled from Singapore to the Cayman Islands it would also mean that their finances would no longer be made public through ACRA.

On September 14, 2020 the Company initiated legal proceeding against Loren Mack, the former ONE Championship VP of PR and communications and now current PFL Senior VP of Corporate Communications. The complaint alleged a breach of non-competition restraints and theft of intellectual property.

According to Clark County Records, Mack has filed a counter claim against ONE Championship and CEO Chatri Trisiripisal (Sityodtong) for breach of contract, breach of good faith and fair duty, unjust enrichment, conversion, tortious interference with contractual relations, and violation of the Civil Rights Act of 1871.

ONE Championship has been very successful over the years at raising capital. As of January 1, 2021 they had raised a total of $276 million from investors for the Group.

They have also been very successful at spending it. As of the beginning of this year, they had reported accumulated losses of $273 million. In other words they have spent almost all the money they have raised. Current operations seem to be mostly maintained through the use of a $72 million convertible note.

As of Dec 31, 2020 the Group was reporting they had $89 million in cash and fixed deposits available.

The Group and Company’s redeemable convertible note is for, as of June 5, 2020, approximately US$72,461,403, “where US$55,739605 and US$16,721,798 are all allocated as fair value of convertible debt securities and warrant instruments respectively.” According to the 2020 financial statement, Saurabh Kumar Mittal, a director for ONE, financed S$14 million of the convertible note.

The note is due on June 5, 2025 and is converted into shares when the Company can raise at least US$75 million in equity capital “with at least 80 per cent of the amount of such capital fund raised from reputable institutional investors” although this amount could be lowered with approval from some shareholders. There have been no announcements from One Championship so far this year regarding another round of fundraising that would have fulfilled these requirements. Until that time, the note has an interest rate of 15% per year, with the interest accrued on the principal amount of the convertible note.

There has been talk that ONE Championship has been exploring a possible IPO or SPAC. While this would help raise additional capital its potential success is dependent on whether the Company’s viewership and engagements metrics can be converted into sales (metrics that have been questioned by multiple parties.)

One person confident that their impressive metrics can be monetized is their CEO Sityodtong, who told SportsPro Asia last December that:

ONE Championship will be celebrating the 10th anniversary of its first event next month. Perhaps 2021 will finally be a year the Group doesn’t report a loss.

Bloody Elbow has reached out to ONE Championship, but they have not yet responded our questions.