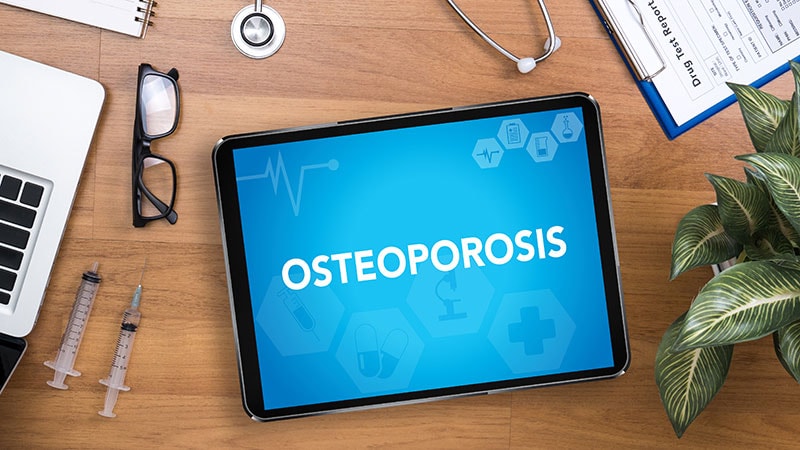 The adverse effect profile of the drug was similar to that of the injectable PTH 1-34 teriparatide (Forteo), which is approved for osteoporosis.

If the drug demonstrates efficacy and safety in larger phase 3 trials, it could be the first oral bone-building (anabolic) therapy for osteoporosis.

Clifford J Rosen, MD, PhD, who was not involved with the research, told Medscape Medical News in an email: “I think this is an intriguing study.” The most likely patients for oral PTH, he added, “are those that have osteoporosis, previous fracture, or very low BMD, particularly those unlikely or unwilling to take bisphosphonates.”

However, “this is very early in the process before this drug could come to market,” cautioned Rosen, who is director of the Center for Clinical and Translational Research, Maine Medical Research Institute, Scarborough, Maine.

“Much more data on efficacy are required at 12 and 24 months for phase 2, and then a full phase 3 [clinical trial] with high-risk fracture patients,” he said.

The company is seeking input from the US Food and Drug Administration to develop the protocol for a phase 3 trial. They expect to start this trial in 2022 at sites in the United States, Europe, and Israel, Santora said.

The study randomly assigned 161 postmenopausal women with osteoporosis or low BMD to receive placebo or the investigational oral PTH for 6 months.

Compared to women who received placebo, those who received the study drug experienced a significantly greater increase in the bone formation marker procollagen type I N-terminal propeptide (P1NP) from baseline to 3 months, thereby meeting the study’s primary outcome.

In secondary outcomes, women who received the 2.5-mg/d dose experienced a similar 6-month increase in BMD at the spine and greater increases in BMD at the total hip and femoral neck than those who received injectable teriparatide, Santora reported.

“The study’s key take-away is that a once-daily oral PTH [tablet] has the potential to produce the same BMD effects as subcutaneous injections of PTH,” he said in an email to Medscape Medical News.

Additionally, “the drug was well tolerated when the dose was titrated by adding additional tablets, which suggests that the dose can be tailored to each patient,” he said.

Injectable teriparatide reduces the risk for vertebral fractures by up to 80%, Santora noted, but the fact that the drug must be administered by injection may deter some older patients from using it.

The company developed an oral form of biosynthetic human PTH with a proprietary drug delivery.

The researchers conducted the phase 2 study at four sites in Israel between June 2019 and May 2021. They enrolled women aged 50 years and older who had entered menopause at least 3 years earlier and who had osteoporosis or low BMD.

Among the women who received 2.5 mg/d of oral PTH for the full 6 months, serum levels of the bone resorption marker C-terminal telopeptide of type I collagen (CTX) decreased 21% from baseline to 6 months, and serum levels of P1NP increased at month 1 and then decreased to baseline by month 6.

The women who received 2.5 mg/d of oral PTH for the full 6 months also demonstrated significantly greater increases in BMD at the lumbar spine (3.8%), total hip (1.4%), and femoral neck (2.4%) compared with women who received placebo.

The safety profile of oral PTH was consistent with that of subcutaneous PTH. Patients experienced headache, nausea, presyncope, and dizziness; there were no treatment-emergent hypercalcemia adverse events.

“There were increases in BMD by DXA at the femoral neck and total hip at 6 months that were [greater than those] seen in previous trials of teriparatide. Second, markers of bone resorption (CTX) decreased at 6 months, and this is in stark contrast to the increases observed with teriparatide treatment,” she noted in an email to Medscape Medical News.

Rosen too noted that “the decrease in CTX is very unusual for PTH and difficult to explain.” He added, “P1NP, a marker of bone formation, was not increased.”

Jan de Beur continued: “Teriparatide (PTH1-34) and abaloparatide are effective anabolic agents that we use to treat patients with high risk of osteoporotic fracture. Although effective, the burden of daily subcutaneous injection can be a barrier for older individuals, those with poor dexterity, and those that are averse to self-injection.

“Taken together, these results appear promising, that oral PTH may prove to be an effective anabolic agent for osteoporosis treatment,” she summarized.

She too stressed that a larger phase 3 study is needed to demonstrate safety and efficacy.

The study was funded by Entera Bio. Santora is chief medical officer of Entera Bio.