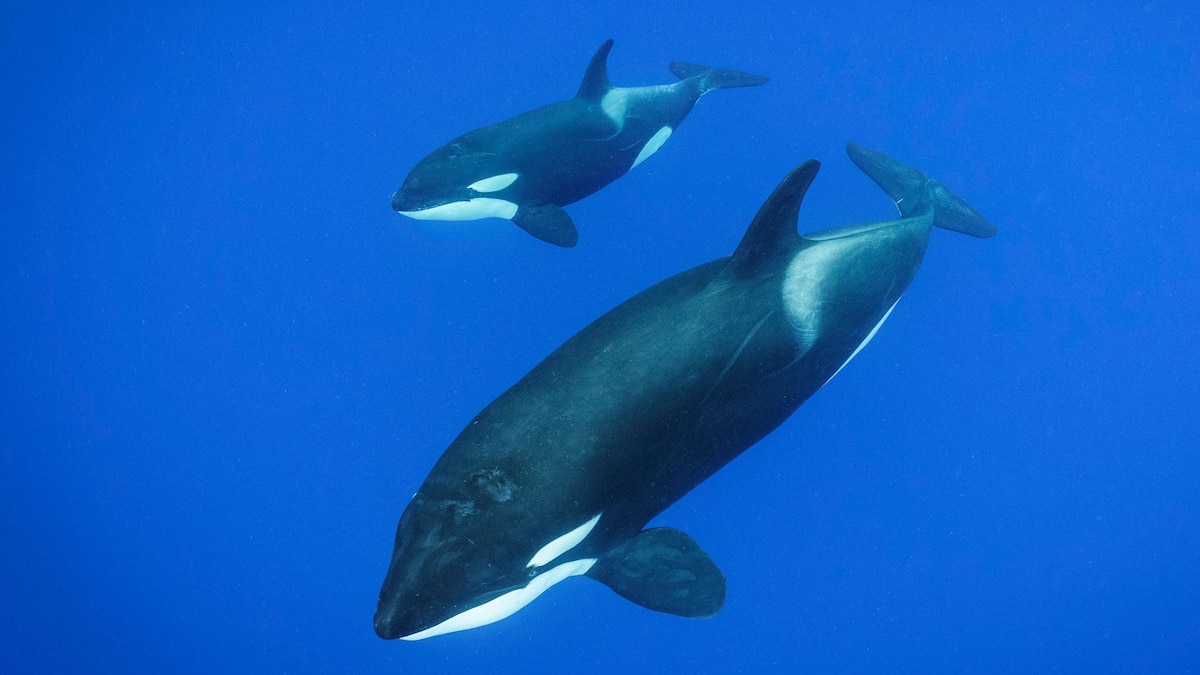 It begins with a chase: Twelve orcas swimming down their quarry until it grows tired. When their target finally slows, more orcas join in, 20 sets of teeth raking and biting into flesh. A few minutes later, the predators work together to force their prey underwater. It doesn’t come back up.

This is no average hunt. The scene, observed off Bremer Bay in southwestern Australia, is the first time humans have documented orcas, also known as killer whales, successfully hunting and eating an endangered blue whale, the largest animal that has ever lived.

In all, scientists describe three blue whale killings, in March and April of 2019 and March of 2021, in a new study published this week in the journal Marine Mammal Science.

“This is the biggest predation event on this planet: the biggest apex predator taking down the biggest prey,” says study co-author Robert Pitman, a marine ecologist at Oregon State University’s Marine Mammal Institute. “We don’t have dinosaurs anymore, so for me as a whale biologist and a zoologist it’s an amazing thing.”

People have documented killer whales feeding on nearly every other species of large whale worldwide, though most attacks have been on calves. Increasingly, these accounts come from amateur observers with cellphones or drones: In one such drone video, taken in 2017 off Monterey, California, killer whales attacked a blue whale, but did not kill it.

“It was just a matter of time before an observation like this would be made,” says David Donnelly, a marine researcher with Australia’s Dolphin Research Institute, who runs the citizen-science project Killer Whales Australia.

And the odds were good that it would happen in Bremer Bay, he says, since orcas can be reliably found there year after year.

“Anything that passes through that region might end up in a killer whale’s mouth,” says Donnelly, who was not involved with the new study.

In two of the hunts, killer whales targeted young animals, including a calf and what seemed to be a year-old juvenile. During the third, the killer whales took down an apparently healthy adult, between 60 and 70 feet long. The largest killer whales measure only about 30 feet.

Scientists didn’t get a chance to sample any of the hunted whales, but based on the time of year, location, and direction the whales were moving, the team surmised they were migrating pygmy blue whales, a smaller subspecies that nonetheless grows to about 79 feet in length.

So how does a killer whale overcome an animal more than twice its size? It’s a family matter: Killer whales live in closely knit pods, led by their grandmothers, mothers, or aunts. The whales learn from each other and cooperate to survive. For instance, up to 50 individuals participated in the chase during these hunts, and multiple smaller groups worked together, often swapping roles, to bite at and eventually drown their prey. (See how orcas work together to whip up a meal.)

“These killer whale groups live for human life spans or longer, and so they hunt together cooperatively for decades and decades,” Pitman says, comparing the whales’ hunting strategy to that of wolves. “You can learn a lot about how to work together when you practice together as a team.”

Good news for both?

To Pitman, these hunts may also signal a positive step for both species’ populations. The global population of killer whales, which live in all the world’s oceans, is unknown. The International Union for Conservation of Nature (IUCN) lists the blue whale as endangered due to aggressive whaling throughout the 1900s, but their numbers have steadily increased since the 1960s, when the species was globally protected. Worldwide, there may be between 5,000 and 15,000 blue whales alive today, the IUCN estimates.

Pitman says it’s possible that killer whales have always dined on blue whales, but when the latter’s numbers plummeted during the age of whaling, killer whales had to switch to different prey. (Learn more about the secret culture of orcas.)

So these newly observed hunts, he adds, may be evidence of killer whales returning to an ancient habit as an old food source returns.

Pitman thinks it’s unlikely that killer whale attacks will pose an existential threat to blue whales’ recovery, though he does expect these incidents will increase as both populations expand their numbers.

He’s also intrigued to see how killer whales could shift the dynamics of the marine ecosystem in Western Australia. For instance, some whales, such as humpbacks and bowheads, may plot their entire migration routes to avoid killer whales.

“Nobody that’s alive on Earth today has ever seen what the ocean looked like before we started whaling,” Pitman says. Australia’s killer whales may be offering a glimpse of how the ocean used to be—teeth and all.