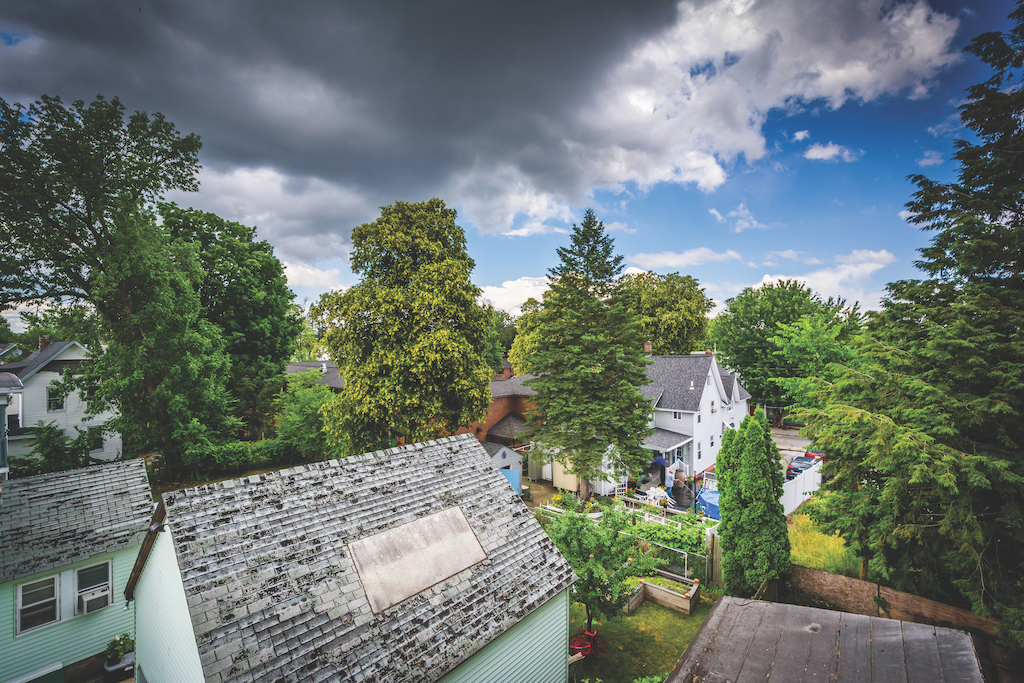 Manchester, New Hampshire, the state’s biggest city and economic hub, seldom makes national headlines. The Granite State itself typically only garners nationwide attention every four years when it kicks off the presidential nomination process with its early March primary.

But over the past few months Manchester has been making a name as one of the nation’s hottest real estate markets. In August, the metropolitan area was listed as the fourth hottest market in the country by Realtor.com.

“We are in a market like I’ve never seen in 30 years and I’ve seen a lot of different markets obviously, but this is very unique,” Laurie Norton a local Better Homes and Gardens agent said. “I kind of compare it back to ’05, but with double the activity.”

While the market in Manchester has cooled since the start of fall, which agents said was typical for the area, prices are still higher than they were this time last year. Bidding wars are still very much the norm. Houses, on average, are still selling for 2.8% above list price, according to a Redfin report.

Earlier this year, however, agents in the metro were seeing houses go into contract within five days of being listed and properties with desirable features – such as single-story living and an updated kitchen and bath – bringing in 20 to 30 offers. Local agents and brokers pointed to a number of factors that resulted in this surge in demand.

“Low interest rates and high rent prices are certainly partially responsible for the strong demand we have seen,” local eXp Realty agent Tiffany Lee said. “Of course there are also a lot of people relocating around the country because they can work remotely. I have been getting buyers from Ohio, California and all over.”

For individuals looking to relocate due to newfound job flexibility, New Hampshire has many desirable features including a lower cost of living, and no state income or sales tax. For its part, Manchester has its own appealing features, including bustling nightlife and a strategic location roughly an hour from Boston, the ocean, the lakes region and the White Mountains.

“Manchester is a beautiful city,” Norton said. “You have a lot of Industry. You also have a lot of restaurants and downtown, and it is really centrally located.”

The city’s one-hour commute to Boston has long made it appealing to out-of-state buyers looking to save some money. But with the rise of remote work, demand has soared. For local buyers, many of whom are first-time homebuyers, this has resulted in serious competition.

“There’s still a lot of local renters out there that still want to buy,” local eXp agent Doug Danzey said. “I have a few clients right now and they’re looking in the $400,000 range. In the past two weeks they have lost out on three properties in the Manchester area because there were 11, 12 offers. So it is still a really tough market.”

Also making things challenging is – as is true virtually everywhere – a lack of inventory.

This lack of inventory, coupled with rising demand, has led to a rapid increase in home prices. As of September 2021, the median sales price in Manchester was $320,000, down from $340,000 a month earlier, but still an 8.5% year-over-year increase, according to Redfin.

In 2016, local eXp agent Scott MacFarland and his family bought their home for $450,000, today their home is worth roughly $700,000. “It’s unbelievable,” he said. “We couldn’t even afford our own house that we are currently living in. It is really wild.”

Skyrocketing prices and lack of inventory have left many buyers discouraged, resulting in an increase in the median number of days a home is sitting on the market. In September, this metric reached its highest level since January 2021, with homes sitting for a median of 27 days up from 12 days a month prior, according to Redfin.

“So one of things that I’m finding is that pricing a listing is the most important element right now,” Danzey said. “Listings have been going up so quickly and if a listing agent isn’t considerate of looking at a snapshot of the last months in the neighborhood or community, they may overprice the property. Buyers are more educated and they are weary of jumping on a property that may by priced $20,000 to $30,000 over the property that sold next door last month. A smartly priced property will bring in far more interest and offers and you’re going to end up selling for a lot higher than if you attempt to reach for the stars with your list price.”

Despite the relative cool-down, local agents remain optimistic that the market will pick up again in the spring, but they doubt we will see such dramatic price increases.

“We’re still not seeing a ton of inventory, but the slowdown is pretty much right on par for what we normally see,” Chris Pascoe, a local RE/MAX agent said. “Mortgage rates did start to go back up recently, which typically means that we will start seeing prices come down as buyers will have less purchase power and maybe that’ll kind of encourage anyone who is on the fence about selling and buying to do so.”