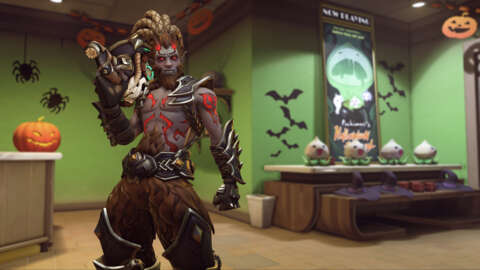 Overwatch is celebrating the spookiest time of the year with an event called Halloween Terror, which is now live for PC, Xbox, PlayStation, and Nintendo Switch. Players can log in from October 12 through November 2 to complete weekly challenges and earn rewards. Cosmetic unlocks from previous events will also be available, along with new ones.

All of Junkenstein’s Revenge missions will be available to players throughout the entire duration of Halloween Terror, including Vengeful Ghost, Volatile Zomnics, Mystery Swap, Frenzied Stampede, Three They Were, and Shocking Surprise.

Along with the Weekly Challenge rewards, there are five new Legendary Skins players can earn, which are the Draugr Reinhardt, Satyr Lucio, Vampire Bat Echo, Coffin Bastion, and Vampire Hunter Brigitte.


GameSpot may get a commission from retail offers.