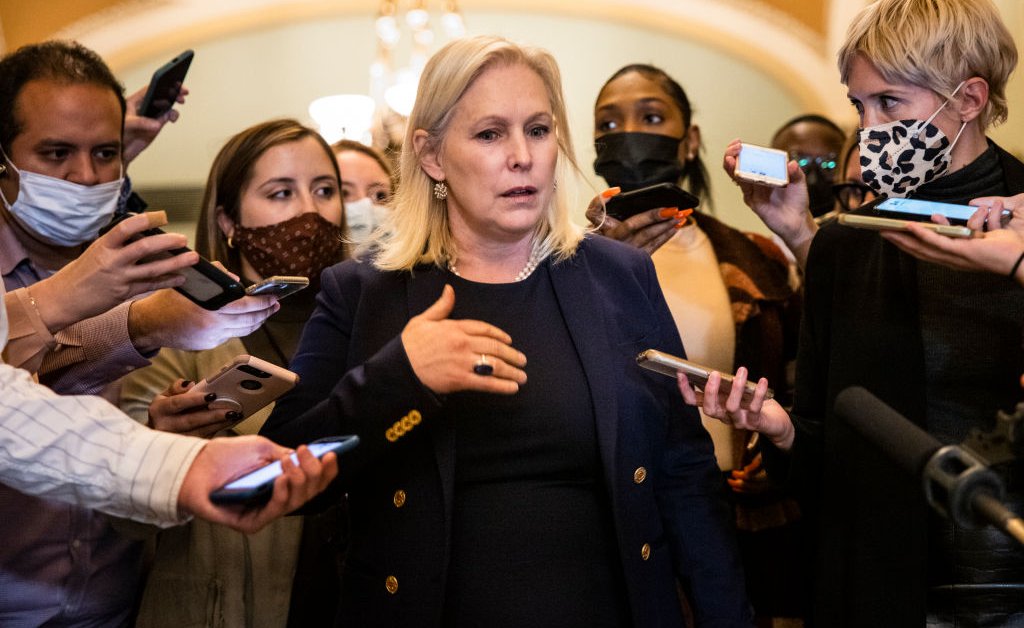 The popular provision appears to be among the first major policies to be excised from the Build Back Better framework—a major blow to both President Joe Biden, who made the issue a central campaign promise, and to Democrats’ progressive base.

As a handful of Democratic lawmakers scrambled Wednesday to save the provision, several aides offered reasons for its apparent demise. The policy, while earning the support of nearly three-fourths of Americans, was never a top priority in either the Senate or at the White House, and key supporters, like the Democratic Women’s Caucus, failed to engage moderate House Democrats on its importance until too late.

Democrats initially hoped for a 12-week paid family and sick leave policy. The plan was intended to offer all full-time workers the option to take up to 12 weeks of leave—either for the birth or adoption of a child, or for a qualifying medical event for oneself or a close relative. But in the past few weeks, as Democrats have struggled to slash the cost of the $3.5 trillion dollar spending package to gain support from moderate Senators Joe Manchin of West Virginia and Kyrsten Sinema of Arizona, paid leave appears to have been left behind.

House Democrats, led by members such as Reps. Rosa DeLauro, Chrissy Houlahan and Don Beyer, and joined by national advocacy groups, including Moms Rising, have been fighting for paid leave for months. DeLauro and Houlahan say they were in constant communication with other members about the provision and argued for its importance in White House meetings. On Oct. 19, DeLauro, Houlahan and Beyer helped organize a letter to the White House, signed by 105 House members, urging Biden to support paid leave—if even in some less generous form.

One scaled-back option, two Democratic aides say, was to keep the paid leave provision at 12 weeks, but only provide it to parents of new children, excluding those who would use the leave for a qualifying medical event. The other Hail Mary suggestion, the aides say, was to cut the paid leave provision down from 12 weeks to four weeks, but maintain its reach to include both parents and caretakers. The aides asked for anonymity to speak candidly about sensitive legislative negotiations.

But the watered down offerings apparently failed to make the policy more viable. One House aide explained that despite widespread support for paid leave among House Democrats, it was doomed because it was up against other, more closely-held priorities, like universal child care, in the Senate and the White House. “It really is a top-tier issue with the House,” says one House Democratic aide. “We have never had the sense that it was at that level of importance for either the White House or [Senate Majority Leader] Chuck Schumer.”

Sen. Kirsten Gillibrand, who alongside Rep. DeLauro, has championed national paid leave bills for close to a decade, was the Senate’s most outspoken advocate. “I’ve met with Senator Manchin several times to see where we can find common ground [on paid leave],” she told TIME Wednesday morning. “I’ve been in contact with the White House. I’ve made sure that there are staff-level meetings happening. And I’ve been talking to my colleagues one-on-one whenever we have minute to connect in their hideaways or on the floor of the Senate. I am doing everything I can to get to Senator Manchin to yes.”

Many advocates worry the Democrats’ everything-but-the-kitchen-sink spending bill is the last real opportunity to pass paid leave, given narrow majorities in the House and Senate and the looming 2022 midterms. “My view is that we should not let this moment pass because it will not come around again,” DeLauro told TIME Wednesday afternoon.

The United States has long earned the dubious honor of being the sole industrialized nation on Earth to deny parents of new infants government-mandated paid leave.

Wednesday evening, both Gillibrand and Houlahan remained unwilling to concede total defeat. “Until the bill is printed, I will continue working to include paid leave in the Build Back Better plan,” Gillibrand said in a press release Wednesday night.

Houlahan told TIME that she plans to keep pushing for paid leave until she gets an order “to stand down from somebody with a credible authority.”

Write to Abby Vesoulis at abby.vesoulis@time.com.