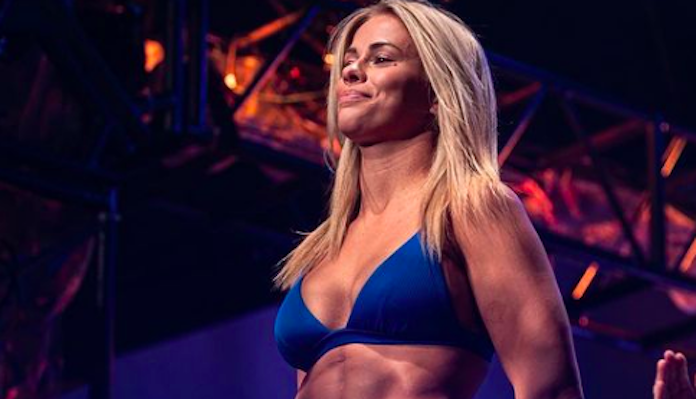 Paige VanZant will indeed fight out the final fight of her Bare Knuckle Fighting Championship contract.

VanZant surprised many and signed with BKFC last year and came up short in her debut to Britain Hart. She then dropped a decision to Rachael Ostovich in her second fight and after the fight, BKFC president, David Feldman said he wasn’t sure if VanZant would fight the final fight of her deal.

However, Feldman revealed to BJPENN.com on Tuesday that they have been in talks with VanZant and she will make her return in January or February.

“We are in talks with Paige and we will be bringing her back in early 2022,” Feldman said to BJPENN.com. “It is heartbreaking for her to lose her first two fights but she is putting her heart back into this thing. We will work out a deal in the next week or so and you will see Paige VanZant back in the BKFC ring.”

Although BKFC and Feldman have been in talks with Paige VanZant about her next fight, they aren’t sure about the opponent. He has heard some wanting the rematch with VanZant-Ostovich, however, he believes there are better fights for both of them.

“We could put it out to the fans to see if they want it. I’m not sure how much interest there is. It was a good fight, but there are a lot of other fights for both Paige and Rachael Ostovich. Why do the same thing again? It wasn’t like it was a nailbiter. Paige did well in that fight but Rachael fight more aggressively. There are a lot of options for Paige VanZant so we will see who she fights next but she will fight out her deal,” Feldman said.

Regardless, of who she fights, David Feldman is eager to see Paige VanZant back in BKFC in early 2022 which could be the final fight for her in the sans gloves promotion.

Who would you like to see Paige VanZant fight in her next BKFC fight?