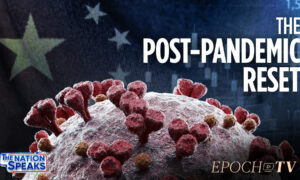 The post-pandemic world is not business as usual. What’s changed? Just about everything, especially if you live in the free world. That’s according to top security and strategy advisor Casey Fleming, CEO of BlackOps Partners.

Most police officers involved in fatal shootings are quickly identified. But not the one who killed Ashli Babbit in the Capitol on January 6th. In America Q&A we ask if that officer should be named.

A new report on the fighting culture inside the U.S. Navy does not give the military branch high marks. We discuss the report’s findings with Jason Beardsley, Executive Director of the Association of the United States Navy.

And in our second America Q&A we ask if you’ve ever not expressed an opinion out of fear of being criticized.

Finally, Drexel University accounting professor Maureen Breen has run afoul of Philadelphia’s animal control laws. She raises chickens in her backyard, but that’s illegal. So, she’s in a battle to keep her birds.