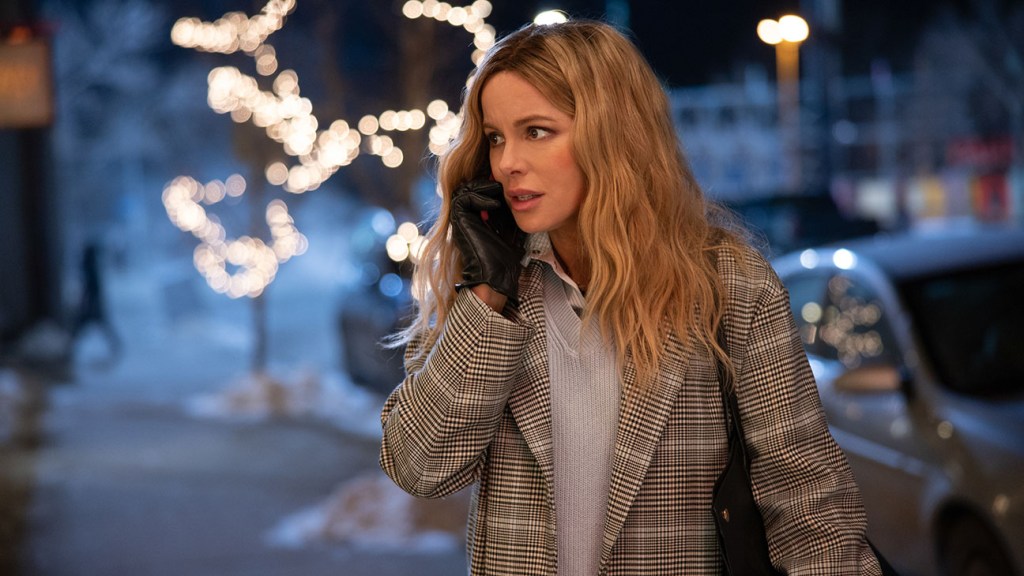 Guilty Party is a weird show. Not in the sense that it’s showing us something strange or subversive, which it isn’t really, but in the sense that it’s hard to know what to make of it. The series is positively overflowing with themes and characters and story elements that it keeps hurtling at the wall, in hopes that something will stick. After watching the three half-hour episodes sent to critics (of a 10-episode season), I’m still waiting to see if anything does.

The basic premise is straightforward enough. Beth Burgess (Kate Beckinsale) is a once-celebrated newspaper journalist disgraced by allegations that she fabricated a quote. She’s spent the past year at a fluffy digital publication (think BuzzFeed — or, more accurately, BuzzFeed as it tends to be portrayed in TV shows making fun of BuzzFeed), and she sees a golden opportunity to restore her good name when she lucks into a lead about a young mom, Toni (Jules Latimer), who claims she was falsely convicted of her husband’s murder.


As confused and messy as its heroine.

The way Guilty Party goes about telling Beth’s story, however, is almost as haphazard as the way Beth goes about trying to tell Toni’s. The series is pitched as a dark crime comedy in the vein of Fargo or Barry or Dead to Me (the latter of which Guilty Party creator Rebecca Addelman also worked on), with Beth’s investigation turning up all manner of colorful figures from Denver’s seedy criminal underbelly. But it’s not a particularly tense one. The criminals she encounters are painted with the broadest of strokes. Between Beckinsale’s unfazed demeanor and the jaunty score, they come out looking more quirky than threatening — one is defined primarily by his habit of adding “You know what I’m saying?” after every sentence, and this is a guy Beth has every reason to assume is guilty of murder.

The series saves some of its harder jabs for the press, but here too it lacks bite. The old-school media world that Beth comes from is populated by ruthless backstabbers more interested in congratulating themselves than in speaking truth to power, while her new media employer is staffed by 20-something ditzes who prefer Harry Potter listicles to hard-hitting journalism. (Beth is no more virtuous than her colleagues in either camp; she crosses the line into stealing, cheating and deceiving without so much as batting an eye.) Neither portrayal is saying anything about the state of journalism that hasn’t been said before, with more specificity and shrewdness.

Guilty Party is more serious in the moments when Toni details the harsh truths of her life — the abuse she endured from her husband, the heartbreak of never getting to meet the daughter she gave birth to in prison. But Toni (and the series) will have you know that this isn’t Driving Miss Daisy, and indeed Beth’s colleagues are eager to point out the white saviorism of centering herself in an incarcerated Black woman’s story. What Guilty Party is, however, is harder to suss out. Despite Latimer’s best efforts to add some emotional heft to the series, Toni so far remains a supporting player in Beth’s arc rather than a fleshed-out character in her own right.

Ideally, these disparate elements would coalesce around a protagonist magnetic enough to pull them all together, and maintain our attention through Beth’s many ups and downs. Unfortunately, Guilty Party‘s most insurmountable flaw is Beth herself. The series piles on cutesy character details (she regularly sneaks into her old boss’ office to steal exotic fish from his tank as revenge for being fired by him) and bits of unhappy backstory (she felt neglected by her hotshot journalist mom). But the core of her character feels a few drafts away from fully formed, and it doesn’t help that Beckinsale plays her as both chaotic and totally blasé.

Has Beth always taken such a sloppy and half-assed approach to her assignments, or are we meant to understand that she’s lost her touch? When Beth feeds Toni a particularly cruel lie, is it a reflection of who Beth has always been, or an indication that her desperation has pushed her to new lows? Are we meant to root for her redemption, or delight in her no-fucks-given amorality? It’s clear that Guilty Party has set out to spin a narrative about a complicated woman working a complicated case. But at this point in the story, the whole thing seems on the verge of buckling under one complication too many.