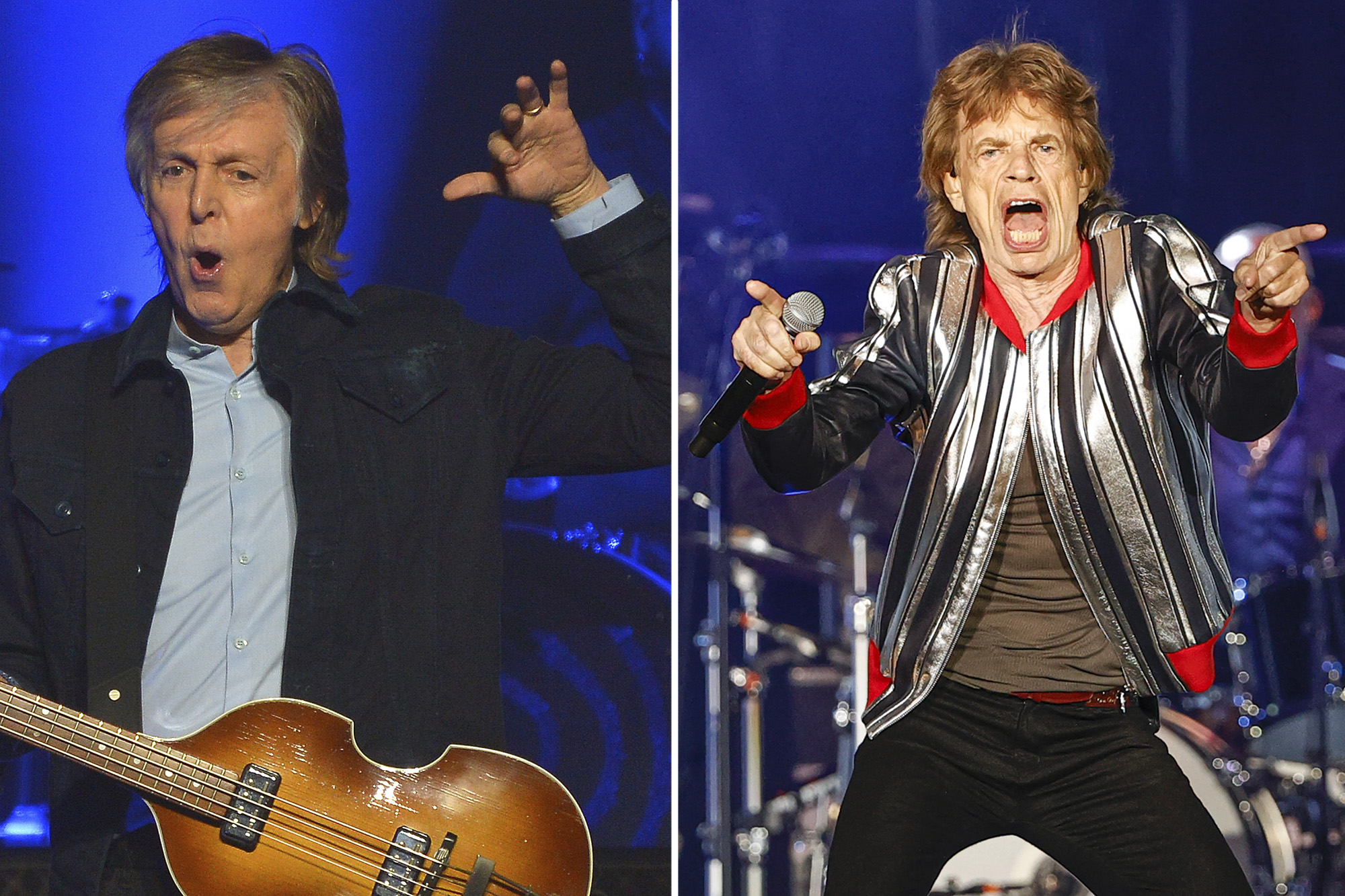 Someone get Paul McCartney an umbrella because he’s throwing a lot of shade.

In an interview with The New Yorker, the Beatles member called rival British rock band The Rolling Stones a “blues cover band.”

“I’m not sure I should say it, but they’re a blues cover band, that’s sort of what the Stones are,” McCartney, 79, said. “I think our net was cast a bit wider than theirs.”

It’s not the first time he took a dig at the band, either. In April 2020, McCartney claimed during a talk with Howard Stern that he thought the Beatles were better than the Stones.

“They are rooted in the blues. When they are writing stuff, it has to do with the blues,” McCartney said at the time. “We had a little more influences … There’s a lot of differences and I love the Stones, but I’m with you. The Beatles were better.”

“The big difference, though, is, and sort of slightly seriously, is that the Rolling Stones is a big concert band in other decades and other areas when the Beatles never even did an arena tour, or Madison Square Garden with a decent sound system,” Jagger explained. “They broke up before that business started, the touring business for real.”

“They broke up before the touring business started for real…They [The Beatles] did that [Shea] stadium gig [in 1965]. But the Stones went on,” he said. “We started stadium gigs in the 1970s and are still doing them now.”

And indeed the Stones still are still touring, even without longtime drummer Charlie Watts, who died in August.

“That’s the real big difference between these two bands,” Jagger added. “One band is unbelievably luckily, still playing in stadiums and then the other band doesn’t exist.”

McCartney recently alleged that late bandmate John Lennon is one who broke up the Beatles. “I didn’t instigate the split. That was our Johnny,” McCartney told BBC Radio 4 in an interview set to air Oct. 24.

“I am not the person who instigated the split. Oh no, no, no,” he said. “John walked into a room one day and said, ‘I am leaving the Beatles.’ Is that instigating the split, or not?”