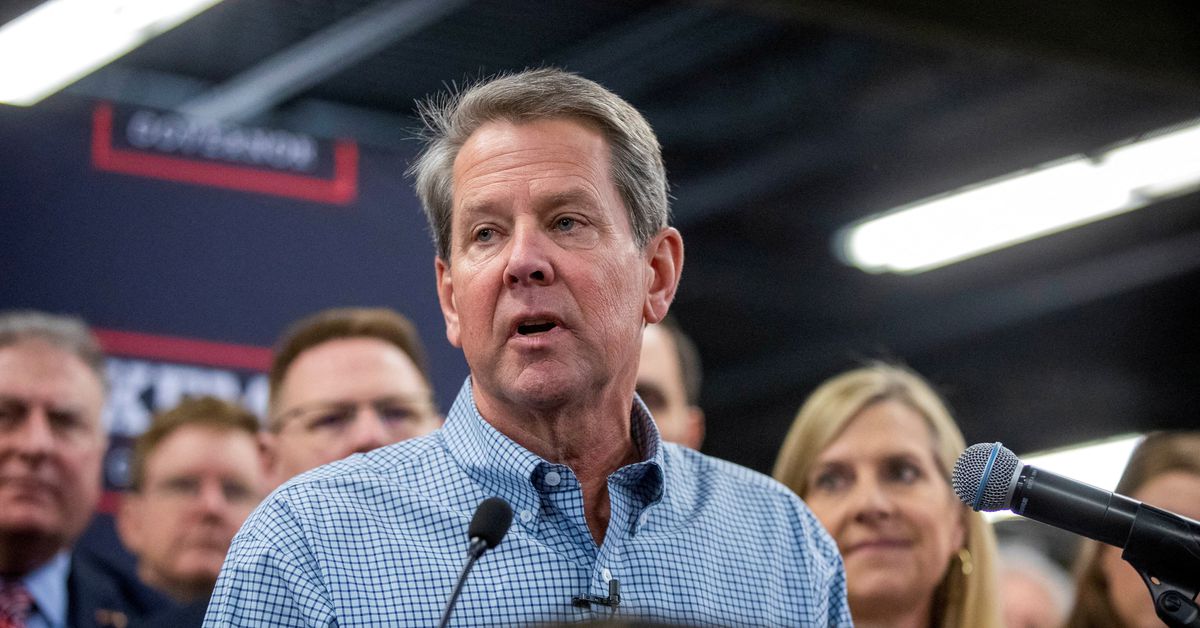 WASHINGTON, May 13 (Reuters) – Former U.S. Vice President Mike Pence will host a rally for Georgia Governor Brian Kemp on the eve of his re-election race, setting up a direct clash with former President Donald Trump as Republicans vie to keep control of the key southern state.

The move is a marked split between Trump and his former vice president as Trump continues to air his grievances aimed at re-litigating the 2020 election and repeat his false claims of widespread voter fraud, as Republicans weigh their path forward.

“I am proud to offer my full support for four more years of Brian Kemp as governor of the great state of Georgia!” Pence said in a statement released by Kemp’s campaign for the May 23 event.

Trump has endorsed former U.S. Senator David Perdue in the Georgia primary race to unseat Kemp and face voters in November. Purdue, who lost his re-election bid in January 2021, has focused his campaign on Trump’s 2020 loss and faulted Kemp for not doing more to reverse the results.

“The worst ‘election integrity’ governor in the country,” Trump called Kemp in a statement on Thursday.

Trump has also blamed Pence for not helping to overturn Democrat Joe Biden’s 2020 victory in which he secured the Electoral College and took 81 million popular votes to Trump’s 74 million.

The winner of the May 24 Republican primary will face the Democratic gubernatorial nominee, with voting rights activist Stacey Abrams the top candidate, and provide perhaps the clearest assessment yet of Trump’s ability to play kingmaker in the 2022 elections.

An April opinion poll commissioned by the Atlanta Journal-Constitution showed Kemp with a substantial lead over Perdue.

Neither Trump nor Pence has formally declared they will seek the White House in the 2024 presidential election.