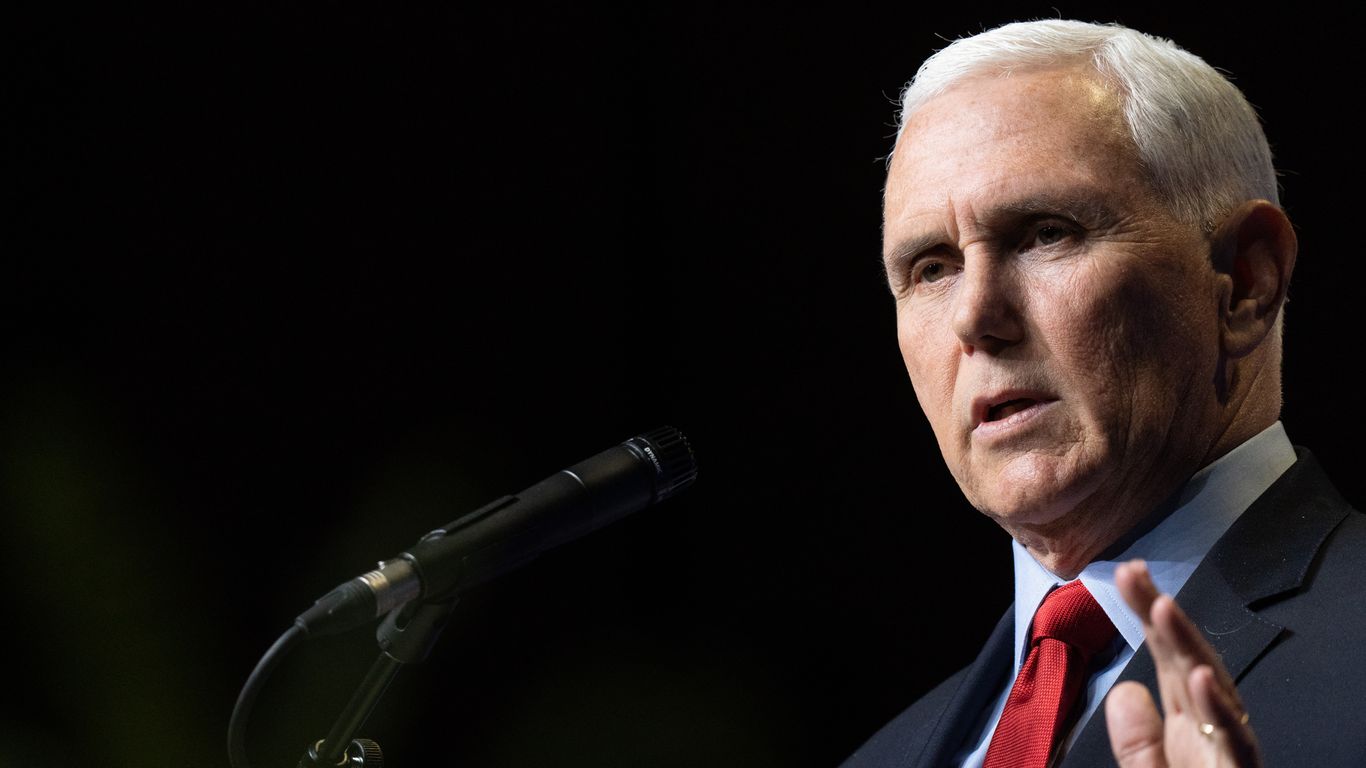 Former Vice President Pence on Thursday called Jan. 6 a “dark day” in U.S. history, his strongest statement yet on the Capitol insurrection.

What he’s saying: “…President Trump and I have spoken many times since we left office,” the former VP said in a public address in Hillsborough County, New Hampshire. “And I don’t know if we’ll ever see eye to eye on that day. But I will always be proud of what we accomplished for the American people over the last four years.”

Worth noting: The Jan. 6 Capitol siege saw some rioters who were supporters of former President Trump call for Pence’s death.

The big picture: Pence gave his first speech since leaving office in April, praising the Trump administration’s era of “prosperity and security.”