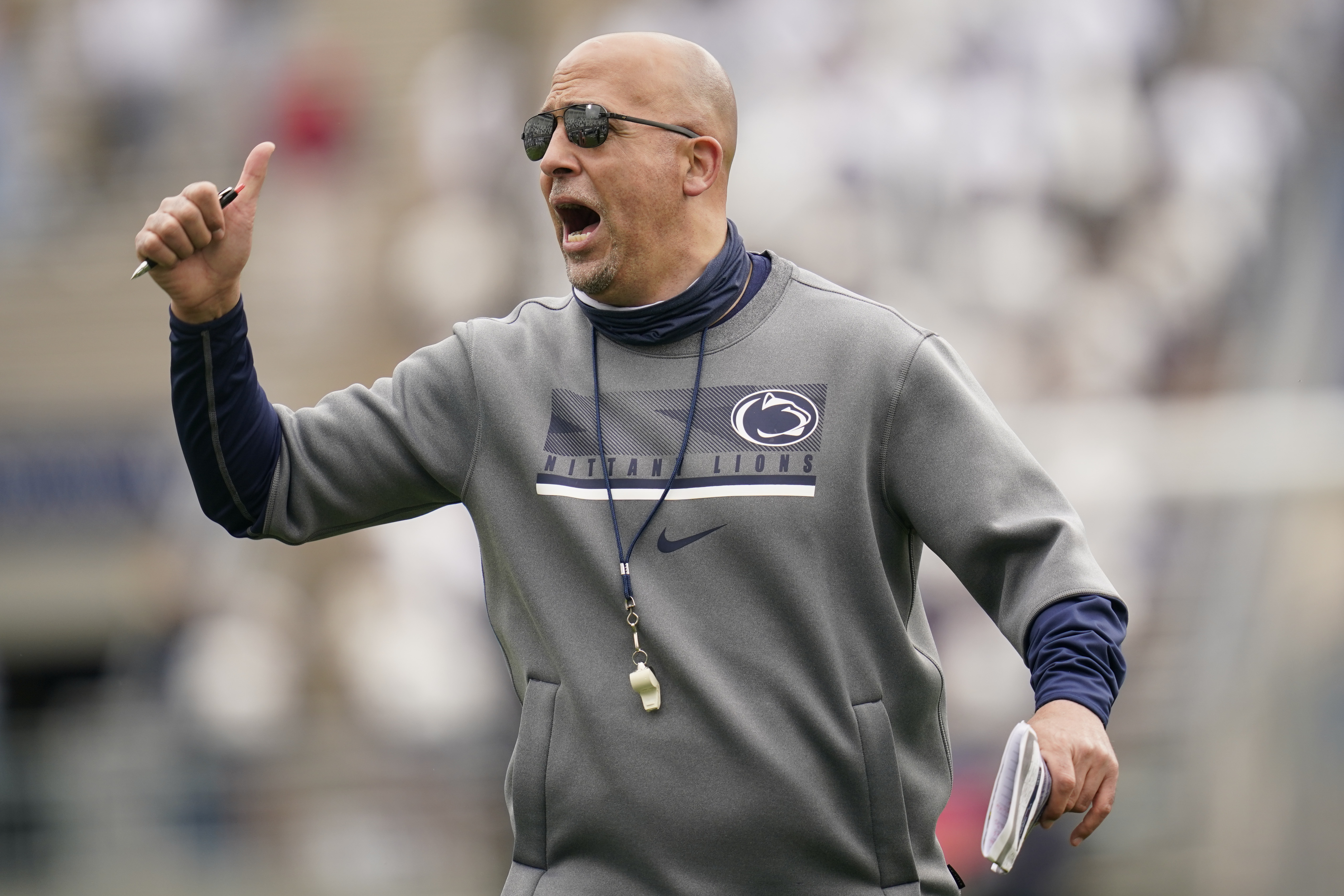 Penn State head football coach James Franklin did not confirm any potential interest in the head coaching vacancy at USC on Tuesday.

According to Audrey Snyder of The Athletic, Franklin said he plans to speak with the Penn State leadership council about rumors and speculation linking him to the USC job. Snyder also said Franklin’s “energy and focus” are on Saturday’s game against No. 22 Auburn.

The USC head coaching job became available Monday when Clay Helton was fired after parts of seven seasons on the job.

Pete Thamel of Yahoo Sports released a list of early candidates for the USC head coaching position Monday, and Franklin was among them.

There was speculation about Franklin going to USC late in the 2018 season, but the Trojans retained Helton, and Franklin remained at PSU.

While USC has long been viewed as a dream coaching job in the college football ranks, Franklin seemingly has much deeper ties to Penn State and the state of Pennsylvania as a whole.

The 49-year-old is a Langhorne, Pennsylvania, native and played his college football at East Stroudsburg University in the state.

After three seasons as the head coach at Vanderbilt, including back-to-back 9-4 campaigns in 2012 and 2013, Franklin took the head coaching job at Penn State before the 2014 season.

He has not led the Nittany Lions to a College Football Playoff berth, but he has largely been successful with a 62-28 record, one Big Ten title and six bowl bids.

Penn State went just 4-5 last year and did not qualify for a bowl, but it is off to a much better start this season at 2-0.

The Nittany Lions upset the then-No. 12 Wisconsin Badgers 16-10 on the road in Week 1 and followed that with a 44-13 demolition of Ball State last week.

PSU is ranked No. 10 and has a legitimate path to the Big Ten title.

Meanwhile, USC is off to a 1-1 start after falling to Stanford 42-28 last week. Also, the Trojans have struggled to return to the elites of college football in recent years, posting just two double-digit-win seasons since 2014.

With Penn State possibly on the verge of a breakthrough and USC continuing to struggle, staying put may be the best option for Franklin.