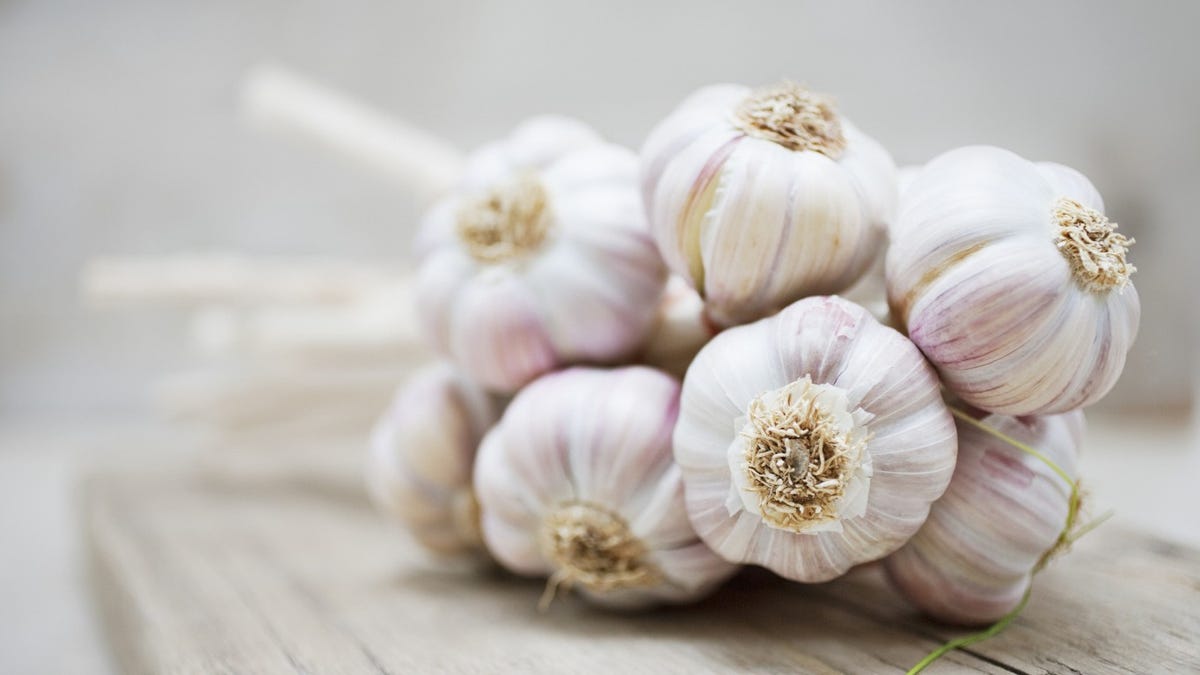 A patient came into the ER recently concerned about a possible ear infection. While obtaining a brief history – “How many days has it hurt? Any fever, chills, or sore throat? Have you been swimming recently in the ocean or a lake?” – it was hard to not notice the yellowish-white object wedged into the patient’s ear canal.

In my 10 years as a practicing emergency physician, I’ve certainly seen my fair share of interesting cases. And I think the general public has an accurate idea of that because every time I meet someone for the first time, they inevitably ask, “What’s the craziest thing you’ve ever seen in the ER?”

But what I find most fascinating are the strongly-held beliefs in home remedies and cure-alls that continue to persist in an era of modern medicine. Placing garlic cloves or garlic oil in the ear to cure an ear infection is one that stands out. Where did that remedy originate?

Garlic has been recognized for its healing and medicinal prowess for thousands of years. In ancient Indian medicine, garlic was a valuable remedy; the Sanskrit word for garlic is mahoushudh, which translates to “cure-all.” Traditional Chinese Medicine used garlic for the treatment of respiratory infections and digestive ailments. The ancient Egyptians recorded effective use of garlic in treating abscesses.

But it wasn’t until the mid-20th Century that researchers isolated the active antibacterial substance allicin within garlic. Multiple laboratory studies have since demonstrated garlic’s antimicrobial ability.

It’s not surprising then that the medicinal benefits of garlic have trickled down from generation to generation across multiple cultures. But is garlic an effective treatment for ear infection if placed directly in the ear?

Otitis media is an infection of the middle ear cavity behind the eardrum. As a function of anatomy, garlic in any form placed in the ear would not reach the source of infection; in fact, it could actually cause contact dermatitis – a local inflammatory reaction – or an allergic reaction – in the ear canal. Garlic oil could seep past a perforated tympanic membrane into the inner ear, causing additional damage. In some cases, garlic oil could worsen an ear infection, as some microbes thrive in a wet liquid environment.

But, patients say to me, “My aunt swears by garlic and it always works.” The reason for this is that most cases of otitis media get better on their own as the body’s immune system fights off the infection, which is usually caused by an upper respiratory virus. When an infection persists, is accompanied by pain, fever, and other systemic signs, oral antibiotics might be prescribed by a medical professional. These antibiotics are safe and effective at rooting out that source of bacteria hiding out behind the eardrum.

More: On TikTok, people are eating Rice Krispies Treats before working out. Is it effective?

The fact is we sometimes erroneously attribute cures to use of a home remedy when there’s a positive result. But generations of observational successful causation of a home remedy is a powerful catharsis. It is also an opportunity for respect of a patient’s beliefs and education.

So what’s the bottom line?

Garlic has many health benefits when incorporated into a healthy diet including supporting immune system functions and providing a source of antioxidants and anti-inflammation. Most ear infections will resolve on their own. But if pain or discomfort persists and is associated with fever, loss of hearing, or severe headache or dizziness, you should seek medical attention in case antibiotics are warranted. You should never put anything in your ears due to the risk of worsening the infection or accidentally perforating the tympanic membrane.

Michael Daignault, MD, is a board-certified ER doctor in Los Angeles. He studied Global Health at Georgetown University and has a Medical Degree from Ben-Gurion University. He completed his residency training in emergency medicine at Lincoln Medical Center in the South Bronx. He is also a former United States Peace Corps Volunteer.