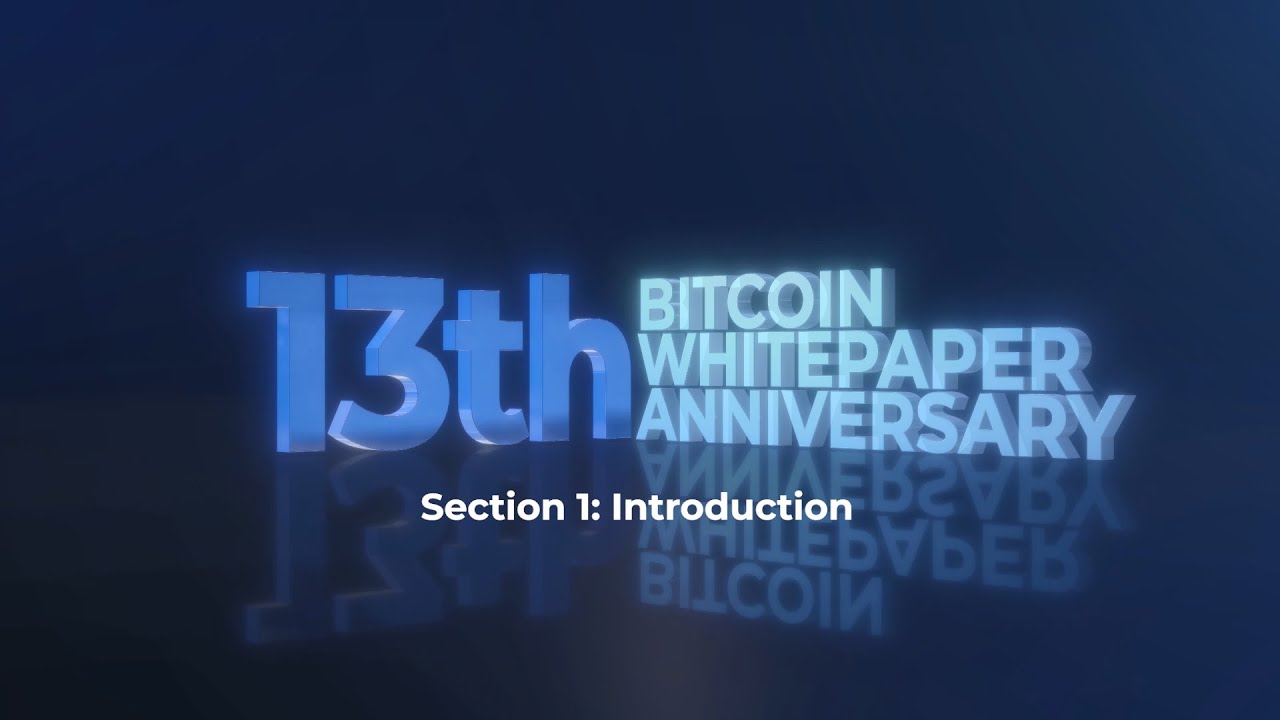 On October 31, 2021, the mainstream crypto media will be abuzz with platitude-riddled nonsense about some version of “Satoshi Nakamoto” and what he gave to the world with BTC. They will opine about the price, feature candle charts and quote him out of context with articles flanked by quotes from Michael Saylor and ads for CoinMarketCap. Every year, they reiterate that the greatest gift Satoshi gave us was the fact that he disappeared, and how now “we are all Satoshi,” which is (of course) anti-propertarian, communist nonsense. But on this, the 13th anniversary of the Bitcoin white paper, there is a more solemn history to recall and recount. Stories that deserve to be told are not often told because they are inconvenient, frustrating or outdated to modern sensibilities.

There are similar irritating anecdotes that apply to the official narrative about Martin Luther King. His meme is celebrated while the depth of his mission is ignored, and ultimately bankers and government employees get the day off work. How revolutionary…

But now back to Satoshi Nakamoto.

Did you know the Bitcoin Civil War started on Halloween of 2008? It’s true. People reference Satoshi’s original post to the Metzdowd cryptography mailing list with the quote, “I’ve been working on a new electronic cash system that’s fully peer-to-peer, with no trusted third party.”

The very first response to Satoshi was from James Donald, and it sounds like it could have been leaked from Blockstream’s pitch deck to Mastercard. Donald states, “…the way I understand your proposal, it does not seem to scale to the required size,” before basically creating the small blocker node retort template: “To detect and reject a double spending event in a timely manner, one must have most past transactions of the coins in the transaction, which, naively implemented, requires each peer to have most past transactions, or most past transactions that occurred recently. If hundreds of millions of people are doing transactions, that is a lot of bandwidth—each must know all, or a substantial part thereof.”

In short, every user must run their own home node according to Donald. What a frustrating start for Bitcoin: Satoshi declares victory over the double spend problem, and the first guy to look at it might as well have been Gregory Maxwell responding through a sock account as Zectro and Theymos figure out how to censor the whole thread for sounding like a “scam.” And so began the online debates about how Bitcoin should scale—two months before the genesis block was even constructed and the first block was mined.

Oh! And if you ever wanted to hear Satoshi Nakamoto sound a lot like Craig Wright, Nakamoto’s response to Donald contained this gem: “Only people trying to create new coins would need to run network nodes. At first, most users would run network nodes, but as the network grows beyond a certain point, it would be left more and more to specialists with server farms of specialized hardware. A server farm would only need to have one node on the network and the rest of the LAN connects with that one node.”

The Bitcoin white paper was formally published and given to the world on October 31, 2008. Solutions to the double spend problem, network governance, rule enforcement and proof of work in general were given as a perfect gift to implement a globally scalable cash system and an extremely flexible smart contract stack to boot. But as we saw above, maybe the world wasn’t ready or otherwise didn’t deserve such a gift.

About two and a half years after Satoshi’s first frustrating thread with a small blocker, he was mostly gone forever—at least by some accounts. After telling Gavin Andresen to stop referring to him as a “mysterious shadowy figure” he was gone in 2011, and the project quickly did away with the governance model in the white paper, and replaced it with a layer of gatekeepers of a GitHub repo who instituted a vetting process for the BIP (Bitcoin Improvement Proposal) system, soft forks, flag days and other democratic means for software developers to influence non-mining node operators to undermine proof of work and change the protocol essentially at will.

But the small blockers weren’t done with Satoshi yet! In 2013, the scaling war was already in heavy debate as Peter Todd was accepting money from government spooks in order to blue-pill them into believing Satoshi’s protocol couldn’t scale on chain.

In September 2014, Satoshi’s GMX email was hacked, and threats were made that if the hacker was not paid, Satoshi would be doxed.

The hacker stated, “Dear Satoshi. Your dox, passwords and IP addresses are being sold on the darknet. Apparently you didn’t configure Tor properly and your IP leaked when you used your email account sometime in 2010. You are not safe. You need to get out of where you are as soon as possible before these people harm you. Thank you for inventing bitcoin.”

Side Note: the posts from this hacker on the P2PFoundation and SourceForge websites indicates that Satoshi may have reused passwords or stored passwords in his email—bad OPSEC that would presume hacks to come easier in the future. Of course, the hacker was mostly unpaid, and about a year later, Satoshi was doxed. Could this have been a coincidence?

Craig has admitted the help he received from various parties who worked on Bitcoin—most of whom are no longer with us, and Ian Grigg painted a question mark on the death of the most well-known among deceased Satoshi allies: Dave Kleiman. Officially, Kleiman died from complications of a MRSA infection as a result of bed sores related to his paralysis, but medical and police reports contain mixed histories of loaded and unfired handguns, bullet holes in the mattress and a curious mix of drugs and alcohol at the scene of his death.

This is unsettling enough, but Grigg also stated some of the risks of being a bitcoiner or a big blocker at all, stating, “…if you’re a friend of Satoshi, you’re marked. Everyone who’s got close to Satoshi has suffered. Just my one little ol’ post alone has cost me dearly—even though I’m not a Bitcoiner, I was tarred for life. And all I did was write a shitty little post—others did much more and the damage was commensurate.”

The paper, the legacy, and the future

The history of Bitcoin can be painted with a broad brush or a fair one, but not both. Satoshi wasn’t magic. He wasn’t an AI or an alien or an angel. He wasn’t a time traveler either, despite the musings of some of the best memes on 4Chan. He was a fallible man with a great idea and a whole lot of proof of work. That work culminated in the white paper 13 years ago today: one of the most misunderstood, maligned, misquoted and (so far) underutilized documents in the history of important ideas.

And so, Satoshi’s legacy so far is a mixed bag. To the small blockers, a formless meme fits the bill just fine as long as nobody checks the emails he shared with Hearn or Andresen, but instead focus on that one line about quorums and the creation of Namecoin to prove that Stoshi was defs a small blocker, guise!

To the BCH community, he was right about some things but wrong about others, but in the BSV economy, some have “known” about the reemergence of Satoshi for nearly seven years, and have been blessed to work alongside him on a great many projects that prove definitively that Bitcoin could always scale!

So, as we look to the future, with legacy and a fortune hanging in the balance, there is an opportunity for Satoshi to avenge the wrongful management, the wrongful deaths and the wrongful narrative that surrounds the blockchain economy today.

November 1 is recognized in Christendom as “All Saints Day;” the day after we mock death—a morning with a sort of resurrection as we enter a new season the day after All Hallow’s Eve. This November 1, Craig Wright will finally be across the docket from the Kleiman Estate in Miami, and he will begin to reclaim that legacy which was smeared first by James Donald 13 years earlier on the first white paper day.