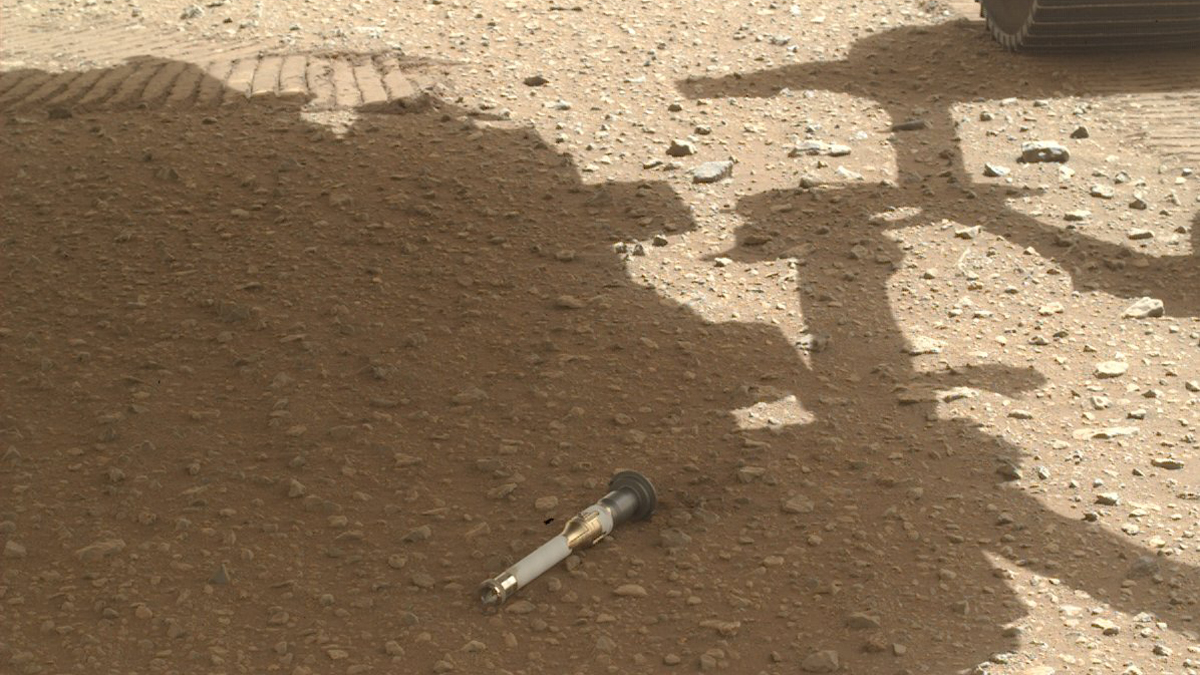 NASA has revealed where samples collected on Mars will be handled once they make it back to Earth.

The space agency just announced the launch of its Mars Sample Receiving Project office at Johnson Space Center (JSC) in Houston. The office will be housed within JSC’s Astromaterials Research and Exploration Science division and will oversee the first samples returned to Earth from the Red Planet.

This material will be vital to humanity’s understanding of Mars and other rocky planets as well as aid in the search for past life on Mars, NASA officials have said. Bringing these pristine samples to Earth will allow for advanced chemical analyses that are beyond the capabilities of the rovers that are currently exploring the Red Planet’s surface.

Related: How NASA and ESA will bring Perseverance’s Mars samples to Earth

JSC has considerable experience in processing and curating samples collected beyond Earth.

“NASA Johnson houses the largest and most diverse collection of astromaterials in the world, beginning with samples returned from the Apollo program,” JSC Director Vanessa Wyche said in a statement (opens in new tab) on Monday (Jan. 23). “With our expertise, we look forward to managing the project that will receive scientifically compelling Mars samples gathered by the NASA Perseverance rover.”

Perseverance is currently collecting samples from Jezero Crater on Mars, which held an ancient river delta and a lake more than 3.5 billion years ago. Scientists believe that, if microbial life once existed in this region, lakebed or shoreline sediments collected by Perseverance could contain telltale traces of it.

Perseverance made history in December 2022 when it dropped its first sample tubes onto the Martian surface, at a patch of Jezero’s floor that the mission team calls Three Forks. Perseverance will drop a total of 10 tubes, each of which resembles the handle of a “Star Wars” lightsaber, at the Three Forks depot, for possible future collection by a Mars sample return mission campaign.

NASA is currently working with the European Space Agency (ESA) on that campaign, which will consist of several elements, including Perseverance.

A NASA-built sample return lander is scheduled to launch in 2028, then touch down inside the 28-mile-wide (45 kilometers) Jezero. Perseverance’s samples will be ferried to the lander by either the rover itself or by two small Mars helicopters carried by the lander. Those choppers will be similar to NASA’s Ingenuity, which landed with Perseverance in February 2021 and has 40 Mars flights under its belt (and counting).

The two fetch helicopters will pick up the 10 depot samples if Perseverance can’t get to the lander itself with the dozens of samples it will carry on its body.

The samples will then be launched via the lander’s Mars Ascent Vehicle, which will be the first rocket ever to blast off from the Red Planet. The sample container will be scooped up in Mars orbit by ESA’s Earth Return Orbiter (ERO), which is scheduled to launch from our planet in 2027.

The samples will then be returned to Earth by the ERO’s Earth Entry System, a disk-shaped craft with a heat shield that will allow for a safe journey through Earth’s atmosphere.

If all goes according to plan, Perseverance’s samples will touch down here as early as 2033. And scientists now know where the samples will head after this complex return choreography is completed.

“Johnson will work with the agency’s Mars Exploration Program and ESA to complete studies and develop plans for sample recovery and transportation, facility development and operation, and science investigations,” Mars Sample Return lead scientist at the ESA, Gerhard Kminek, said in the same statement.

Robert Lea is a science journalist in the U.K. whose articles have been published in Physics World, New Scientist, Astronomy Magazine, All About Space, Newsweek and ZME Science. He also writes about science communication for Elsevier and the European Journal of Physics. Rob holds a bachelor of science degree in physics and astronomy from the U.K.’s Open University. Follow him on Twitter @sciencef1rst.

How has Earth’s core stayed as hot as the sun’s surface for billions of years?
NASA’s fatal Challenger launch still echoes through the agency today