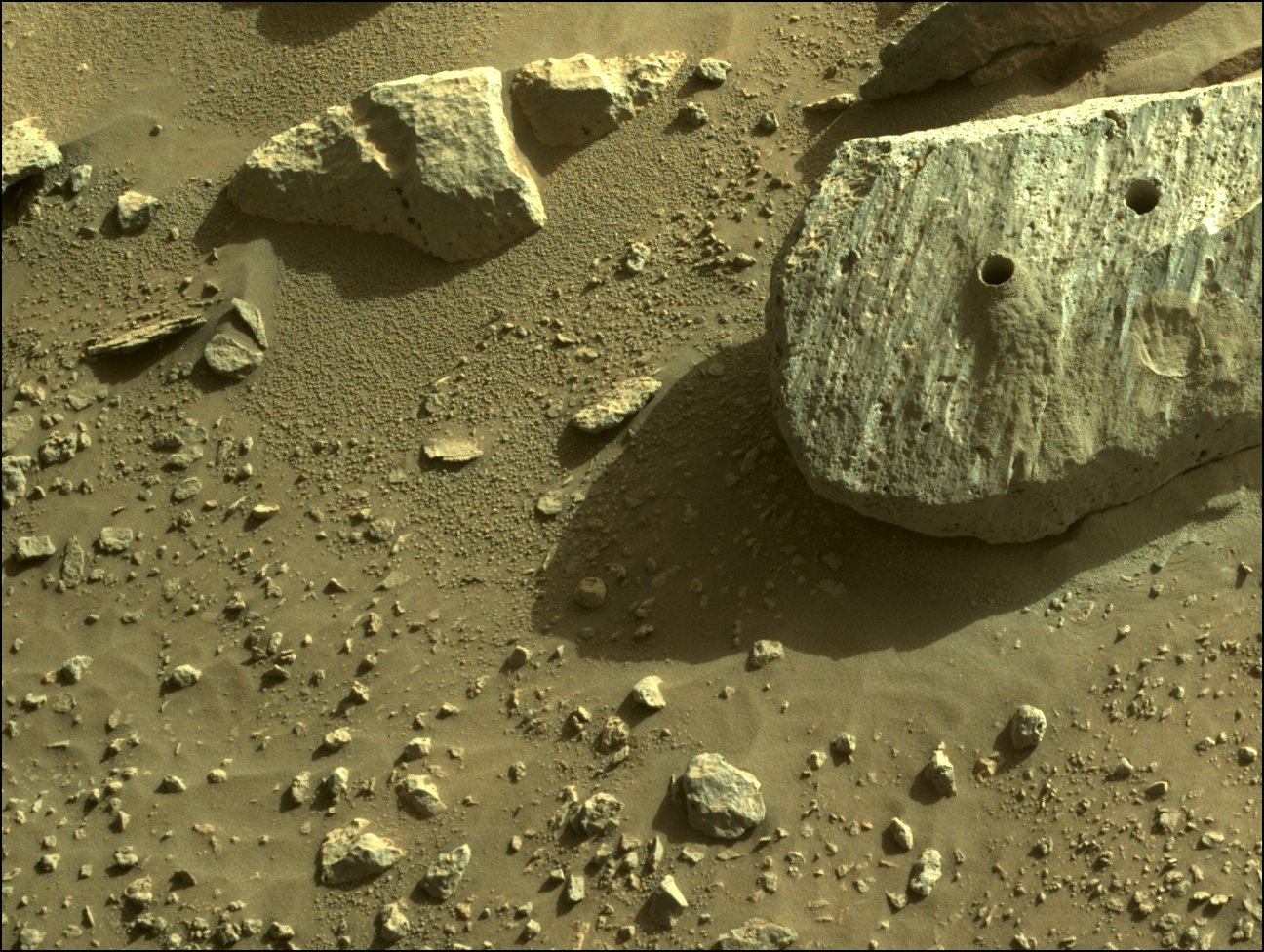 Perseverance collected a drilled-out core of a Martian rock dubbed “Rochette” and sealed the sample in its designated titanium tube, mission team members announced via Twitter on Wednesday (Sept. 8).

The success came just four days after the car-sized rover collected its first-ever Martian sample, which was also cored from Rochette.

Related: Where to find the latest Mars photos from NASA’s Perseverance rover

Perseverance landed inside the Red Planet’s 28-mile-wide (45 kilometers) Jezero Crater on Feb. 18. The six-wheeled robot’s chief tasks are hunting for signs of ancient Mars life and collecting and caching dozens of samples, which will be brought to Earth by a joint NASA-European Space Agency campaign a decade or so from now.

Early in its mission, the rover also supported and documented the first few flights of NASA’s technology-demonstrating Ingenuity helicopter, which traveled to Mars on Perseverance’s belly. Ingenuity is now embarked on an extended mission, scouting out areas of potential interest to the rover.

Once Perseverance’s samples arrive here, scientists in labs around the world will study them for evidence of life and clues about Mars’ climate and geological history, NASA officials have said.

Perseverance first tried to collect a sample on Aug. 5 but was stymied by an unexpectedly soft target rock, which crumbled to bits beneath the rover’s percussive drill. Rochette is made of much sturdier stuff, as the two latest drilling efforts have shown.

NASA will hold a news conference at 12 p.m. EDT (1600 GMT) on Friday (Sept. 10) to discuss the recent sampling efforts and what the Perseverance team has learned about Rochette to date, among other topics. You can watch it live here at Space.com, courtesy of NASA, or directly via the space agency.

The briefing participants will be:

SPACE.COM SENIOR SPACE WRITER — Michael has been writing for Space.com since 2010. His book about the search for alien life, “Out There,” was published on Nov. 13, 2018. Before becoming a science writer, Michael worked as a herpetologist and wildlife biologist. He has a Ph.D. in evolutionary biology from the University of Sydney, Australia, a bachelor’s degree from the University of Arizona, and a graduate certificate in science writing from the University of California, Santa Cruz. To find out what his latest project is, you can follow Michael on Twitter.